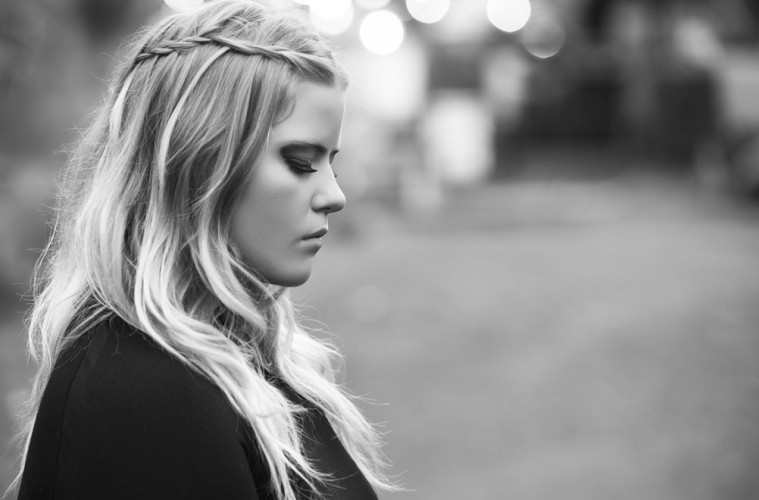 She’s definitely been a busy bee recently, but we managed to steal Hope Murphy away from her hectic schedule to discuss performing at festivals, collaborating with Disco Fries and being number 1 on Hype Machine…

Hi Hope! Thanks for chatting to us. You performed at The Havering Show back on the 31st August! How was it?

Hi guys, great to hear from you! The Havering Show was a wicked gig, it’s always so amazing to see real music lovers come and support us even when the weather hasn’t been too kind!

You performed material from your debut album at the show. Was it nice to share your new music with the crowd?

I absolutely loved performing the new material, we’ve been working hard on the sound and I’ve been dying to get on stage and perform it with the band. It was so exciting to see how the crowd reacted to each track, I love the new sound and performing it to so many people was so much fun.

Whilst we are on the subject, how would you describe your sound?

The new sound is an electric mash up of RnB electronica, twisted with trip hop and served with a massive dollop of retro soul. It was such a great journey writing the new material and I am still loving every second of it!

You joined forces with Disco Fries and put together a song called, ‘Born Ready.’ The tracks received tones of views on YouTube! What was it like working with the duo and how did this collaboration come about?

The support for ‘Born Ready’ has been unbelievable. It was great working with The Disco Fries – I love their work and to feature on a track with them was brilliant. Dee had written the top line with the lovely Kate Stewart and played it to me – it’s safe to say I instantly fell in love! So, I laid down some vocals and we then sent it to The Disco Fries.

The song also reached number one on Hype Machine! How did it feel reaching this milestone and did you expect the song to be so successful?

The Halogen remix of ‘Born Ready’ has received such a massive online buzz, it’s the perfect feel good track. It was actually my first track to be on Hype Machine – Making it to number 1 was amazing, especially with such great music out there; getting to the top so quickly was just unbelievable. I absolutely love the track, I have it on replay so it’s great to know everyone else does too!

Judging by your Twitter it appears you’re a fan of Majestic, Calvin Harris, Dr Meaker and Clean Bandit. Who would you say were your musical inspirations?

I try to listen to a variety of different music genres, I am a big fan of Lauryn Hill. She definitely has an influence when I’m in the studio. Major Lazer and Banks both have really cool vibes that definitely inspire me to keep my sound fresh.

You respond to your fans quite a lot of on Twitter too! Is this something that’s really important to you?

I absolutely love reading any comments fans throw my way, to know that so many people are supporting me
on my music journey is the best feeling. I love responding to people as much as possible because it’s so
important that people know how much I appreciate the love!

We understand that you are song-writing with Dee Adam and that you found your sound together. It must be a good feeling to have such a cool writer/producer on your team. How did you guys meet?

I met Dee Adam through my manager Sharon Dean who met her at the Ivor Novello Awards. Dee had a listen and liked what she heard. So I went to visit her at her studio, Narnia as we call it! We started writing together and have been working with each other ever since, as well as featuring with some wicked people (TCTS and The Disco
Fries). Dee has not only developed me as an artist, but as a songwriter too. I am lucky to have a great team
around me.