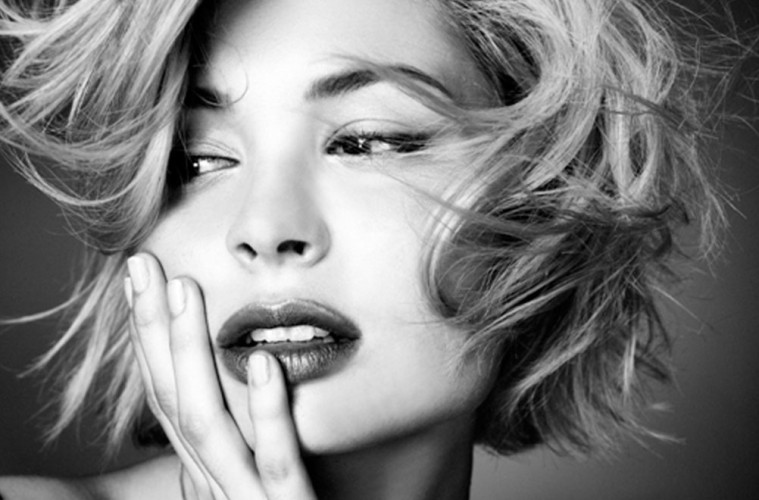 On the morning of her three-day mini tour and in the exciting countdown to her ‘Modern Love’ E.P, we caught up with 21-year old, Scottish songstress Nina Nesbitt on dating in 2015, when you should rock socks with sandals and all things music, and here is what she said…

Morning Nina! How is everything going for you?
Good, yeah! It’s the first show tonight.

You’re performing at Bush Hall in London right? Are you all ready for that?
Yeah, and nope! Haha, no it should be fine. It was such a rush in rehearsals because it’s been so busy, but I think it’ll be good. I’m excited.

It’s going to be three days of madness because is today, Manchester tomorrow and Glasgow Thursday isn’t it?
Yeah!

We saw on your Twitter that you requested people to dress up for the tour, so what are you going to be dressed as?
I’m gunna dress up like I did in the music video, but that’ll be nice if everyone dresses up. Usually people wear funny outfits; some people come covered in fairy lights and stuff, which is quite funny! So yeah, it’s all fun to see what people come in.

So, what’s the weirdest outfit you’ve seen so far?
There was a girl who was a Christmas tree last year. She came in full fairy lights, which was amazing and she came in angel wings as well.

That’s mad! Will we see you on tour any more later this year?
Yeah, definitely! This tour is just a starter; just small shows to test out new songs and to get back into it really. I’ll be doing a bigger tour in May and then hopefully festivals, and then chuck the album in at some point.

Is there any dream festival that you’d love to go to?
I’d love to go out to T in the Park, that would be my favourite place to perform! Because it’s the home country and everyone is just so up for it.

Sounds great! Your new E.P. Modern Love is out on the 5th of February; just in time for Valentine’s Day! But what we want to know is what do you think makes the perfect 21st century date?
Something that is not drinks and dinner, something that is a bit weird. I don’t really know a good example, but if I was to go on a date, I wouldn’t want to go for drinks because I’m quite awkward. So I think something that is a bit out there and weird can be a bit more fun.

Yeah! I agree, when you go for drinks it can all be very intense until someone gets drunk.
Yeah and then you get too drunk, and it’s like ‘get me home!’

And seeing as the E.P. is called Modern Love, what do you think of Tinder and online dating?
I think it’s all quite weird! I’m still trying to get my head around it. I don’t think I could use them because I’m such a chemistry person. Once I get an attraction to a boy, they all start off as friends or there is chemistry, I’m not one to say ‘oh, he looks fit on his picture, I’m gunna date him’. It works for some people, I just don’t think I could do it, but with this generation, they are seeing relationships in a completely different way to before. People, and especially girls, are putting themselves forward more, which is good and people are just doing their own thing and putting relationships second. Not like ‘you need to find the one and settle down by the time you’re twenty-one’.

The young marriage situation is very rare to find nowadays isn’t it?
Yeah! Some people I went to school with are having kids and I’m like ‘ahhhhhh!’

Great answer! Back to your latest track; it’s called Chewing Gum and we love it! Is there a story behind the track?
Yeah, there are lots of male songs about transient relationships, like casual kind-of relationships, and I’ve not heard a female one, so I thought I’d write one and I wanted to make people realise that it is okay. I feel like this is something that is celebrated with men and it’s definitely getting better with women, but I just wanted to write about it. For the past few years I’ve been on my own and focussing on my music, and I’ve not really been available for a relationship, so I felt like I wanted to write about the situation.

Cool, so is that all tying in with the Modern Love theme then?
Yeah, Modern Love is about the difference between this generation and my parent’s generation, so like how we see love and how people now are experimenting more. So, sexuality is talked about a lot more now and for example, a lot of my friends experimented recently, and it’s also about being single and about trying out things that you like and what you don’t like. It’s becoming more talked about now and just more acceptable, and a subject that I wanted to write about.

Speaking of gum, if you were Willy Wonka for the day, what chewing gum flavour would you invent and why?
Bacon! Because it’s nice.

Good shout! We’ll have to take that to Dragon’s Den. Finally, there’s a lyric in the song which is ‘Chewing Gum until the flavours gone’, but when you chew gum, do you spit it in a tissue and bin it, or be rebellious and stick it under the desk?
Oh no, I can’t stick it under the desk! I can’t spit it out onto the street either, that is absolutely disgusting! I always go into my purse and find a low amount receipt, and then I wrap the chewing gum up in the receipt and chuck it in the bin.

Brilliant, so will we be seeing an album in the coming months?
Yeah, I’m still writing it at the moment. I need to record it, so hopefully I can do that soon and then, hopefully I can put that out in autumn. It just depends on when I can finish it.

That’s great! Thanks Nina and best of luck with the E.P. and tour! We hope to hear some more music soon.
Thanks very much, bye!