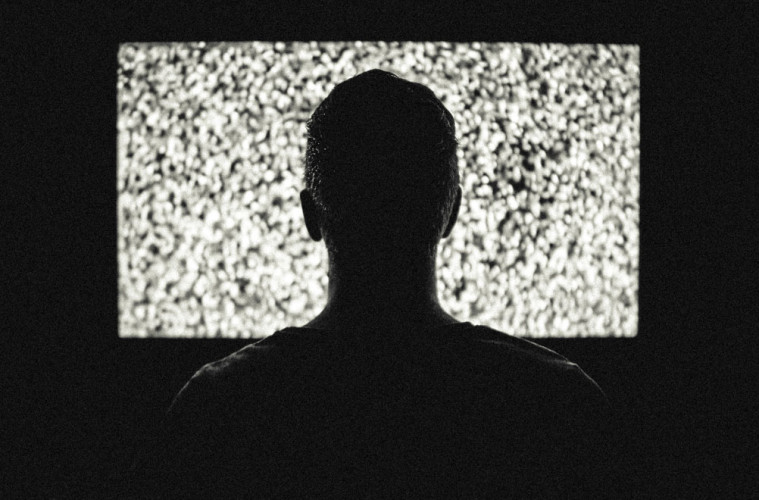 10 TV Shows You Need To Watch!

Raise your hand if you too are obsessed with shows.

So today, I thought what better than to share with you some of my faves, honestly it’s a real joy writing this. My number one conversation starter is about TV, and if you love something I love, then we are guaranteed BFFS.

So I’ll always start with this one first, as it’s just that good. And you know for it to be top of my list, it must be pretty brilliant. Well let me tell you, it is. It is that, and so much more. The series follows two brothers who hunt monsters, wait, let me rephrase that, two insanely gorgeous brothers who hunt everything and anything your brains could possibly conjure up. Killer clowns, angels, demons, dragons, fairies, ghosts, reapers, shapeshifters, vampires, witches, you get the point. Expect it all with Supernatural. It’s dark, its funny, it’s sad, you’ll definitely laugh, cry and shiver in your boots. It’s currently on its 11th season, so good luck on catching up quickly.

This has been my fave for years, I even took my obsession to the next level and attended a Vampire Diaries convention. Where, yes, I met/had photos with/ got autographs of Damon, Stefan, Jeremy, Rebekah, Anna and Kol (character names so you instantly know who I’m talking about and turn into the green eyed monster). This again will make you laugh, cry, and squeal (at the sight of blood yes, but also at the sight of the ever so gorgeous cast). It’s essentially about vampires and a love triangle, plus a really gorgeous cast, have I already said that?

I’ve been following this show for years, the anticipation in every episode is unreal. The tension you will feel due to the suspense will consume you. Basically, this show is about a group of girls who are constantly threatened by ‘A’ (anonymous), so throughout the series you have to guess who it is. Trust me, it’s a mind game. You will constantly change your mind, change the way you see each and every character. You will possibly ship characters and fall in love with said hot boy, Caleb, to be more specific. But hey if you’re into that, give it a watch! Although I must say, (spoiler alert), I along with SOOO many devoted fans were terribly disappointed with the A reveal, I much preferred the other reveals throughout the show, whose with me?

You know you love me, XOXO Gossip Girl. That’s engraved in my mind, I love it. I fell in love with this show, the whole idea of guessing who ‘Gossip Girl’ was excited me, it reminded me of PLL. I loved the cast, I definitely shipped Blair and Chuck. I mean, can we talk about Chuck and Dan for a second? But let’s not forget Blair and Serena, gorgeous! I cried at the last episode, it shows you behind the scenes, and then reveals everything, and oh this show played on my heart strings. Give this a watch if you are in desperate need of a good cry.

I think there is definitely a recurring theme here, as this show also gave me the mystery I desired, as you’re constantly guessing who the killers were. I think the title of the show informs you enough on what the show is about, don’t you? Not much needs to be said from me, but I’d definitely recommend this, especially if you like murder mysteries, and feeling like a badass when you solve the crime and not the cops. Oh yeah, I totally knew they were the murderer.

Although at times I thought the seasons dragged on, I’m 100% hooked now, so if you feel the same way at the beginning, don’t give up on it! I’ve grown to really love the cast, and I know you will too. It’s about zombies if you didn’t already know. And how humans are surviving and fighting for their lives. It’s gory, exciting, tense, and definitely pulls on your heart strings at times.

I love Marvel, so this was a must watch for me. I watched it pretty quickly because it doesn’t have many episodes, which is A) good because you don’t feel too guilty about binge watching, but B) bad because you don’t want to wait till next year for another season. DareDevil is full of mystery, action, suspense and violence. A lot of the time I was hiding behind a pillow, I have a weak stomach. I’m yet to watch ‘Jessica Jones’ which is a similar show, it’s just been added to Netflix, so I’m definitely going to give that a watch (I mean obviously, I love TV).

Obviously, Friends had to make an appearance, who doesn’t like Friends? If you answered “erm, me?”, THEN I STRONGLY SUGGEST WE NEVER MEET IN PERSON OR I WILL LOOK AT YOU IN DISGUST (I most definitely won’t, but I don’t trust people that don’t like the show, it’s a work of art). It’s just the funniest TV series I’ve ever watched, it can cheer me up instantly and I never get bored.

So recently I started watching Scandal, I’m now on the fifth season. I binge watched seasons 1-4 in a week. A WEEK, I REPEAT A WEEK (I say proudly). This has become one of my new fave shows, I’m in love with the main character Olivia, she is a total badass. She goes against all stereotypes which is rare and exciting to watch. This show makes me afraid of the government, it’s about lies, betrayal, secrets, love, affairs, violence, it’s got it all. The full package. I strongly suggest you watch this.

I loved this show, it hit me right in the feels and left me on the edge of my seat with anticipation. I was gutted when they didn’t get renewed for a fifth season. This show is also about lies, secret identities, violence, and romance. It’s great, you simply don’t know who to trust. A girl’s father goes to prison for a murder he did not commit, what does she do? Try everything to get him out of there, even if this means forming a new identity and becoming close to the people that framed him.

Ok, so I think I’ll stop writing there, if not I would have gone on a tangent if this wasn’t long enough already. So by now, if you don’t already know, my names Becky, and I LOVE TV shows.

To further emphasise my point, I thought I’d list some more shows I watch/have watched, just so you believe me, and to give you some inspo.

Once Upon a Time, Glee, Falling Skies, American Horror Story, 90210, Game of Thrones, Making a Murderer, Hannibal, Bates Motel, Under the Dome, The Carrie Diaries, Prison Break, Switched at Birth, The Lying game, Suits, Awkward, and The Originals.