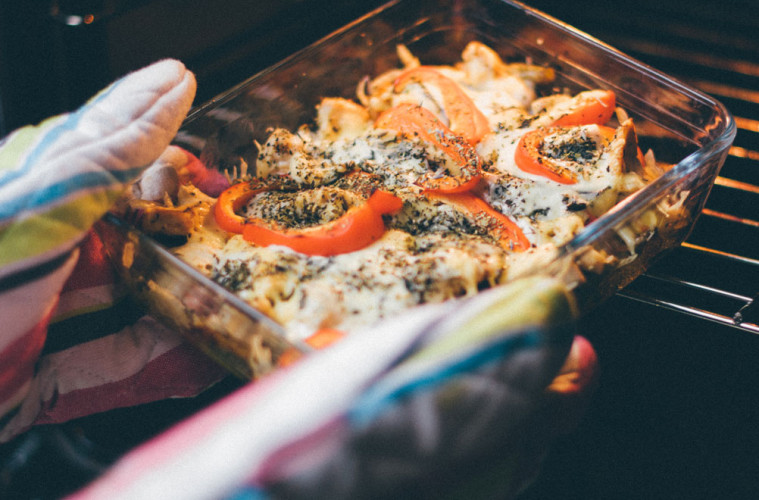 Ovens are hot. So are microwaves.

Of course you knew this already, but it was only really reiterated to you when you found yourself finishing the first term with an unfortunate line of scars on the top of your wrist from the oven shelf. You thought you’d be safe wearing oven gloves, but apparently not- your poor bare wrists were no match for the oven’s firey rage. Think you’re safer using the microwave? Think again. You didn’t realize just how damn hot food is when you take it out of there. Not to mention the time you accidentally microwaved a cake in its tin foil wrapper, but that’s another story…

Cooking food isn’t like doing a piece of artwork or attempting a maths problem- if you’re planning on taking an unfamiliar (or maybe even creative) route to produce the end product, it’s very unlikely that it’ll turn out right. Luckily, you haven’t had many cooking disasters yourself yet-touch wood- but your entire campus still talk of the poor sod in your accommodation who tried to fry bacon in a chip-fryer and ended up setting their kitchen on fire.

If it’s hot enough to burn your finger, it’s cooked.

This is a legitimate test you use for any sort of meat. The question arises of whether your dodgy oven has done its job in not giving you food poisoning, and as a quick check, you stick your finger into your chicken dipper/sausage/pork chop and either a.) hop around the kitchen in agony, clutching your poor burnt finger and regretting your decision immediately, or b.) curse your oven and angrily stick the dish back in for another hour or so.

You tried this once, when in a rare moment you’d managed to fully submerge yourself in assignment-writing, and sitting waiting half an hour in the kitchen for your pasta bake to cook was just a total inconvenience. But, forty minutes later, when you were jolted awake by an insistent knocking on the door to your room to discover said assignment was now stuck to your face, you realized what a bad idea it really was to trust yourself to leave your food unattended. Turns out your flatmates had become concerned when a funny-smelling smoke had started to creep out of the oven. Thank goodness for them.

You’re totally allowed to be a kid again.

It’s only now you’ve taken the huge step towards adulthood in your life that you find yourself craving possibly the best part about your days as a child- the food. So far too often you find yourself indulging the ever-so-mature foods of smiley faces, turkey dinosaurs and spaghetti shapes, no regrets had. Not only do they satisfy a craving you’ve had since you turned 12 and mum decided to wean you onto ‘grown-up meals’ but they’re also one of the simplest dishes to cook. Clearly, it’s a win-win all around.

It’s acceptable to eat your food out of the pan you cooked it in.

Sometimes, as a student, times get tough. You find your pile of dirty dishes is somehow higher than the word count for the assignment you’re furiously trying to complete in time for tomorrow’s deadline, and suddenly, you’re without a plate to eat off. We all know how it feels (apart from those of us with extreme ocd), and if you haven’t yet found yourself at the last resort of eating out of the pan you cooked your dinner in, you can’t deny that you’ve considered it. Either that, or you’ve already taken the smart route and decided disposable paper plates are the way forward. Because who’s got time for washing up when there’s work to do, Netflix to watch and a bed to sleep in?

Takeaways have become a regular part of your diet.

Gone are your days at home where mum would (unsuccessfully) try to reduce your calorie intake so that her little boy or girl didn’t grow up to be obese. Now that takeaways are no longer a once-in-a-blue-moon treat, or a last resort when the oven unexpectedly dies, the ravenous monster from your suppressed childhood arises at least once a week and demands an immediate order of onion rings, greasy pizza and cheesy garlic bread from your local takeaway. You’ve already memorized the number of the dominoes down your road, and you plan to eat your way through the entire menu of the dodgy Chinese place you got hooked on after a night out. Budgeting? Who needs budgeting when you’ve got pizza?

As much as you love cooking for yourself, there’s nothing quite like your home food.

Cooking your own food was something you were most excited for- no set meal times, no fruit and veg, no portion controlling, no rules! But since you’ve been away, you’ve really been struggling with the loss of your favourite foods from back home. No matter how hard you try, you just can’t make your grandma’s famous pasta bake the way she does it. Your mum’s homemade lasagne is far too much fuss for a lazy student with a limited amount of money. Even your dad’s specialty chip butties don’t taste the same away from home. No matter how restricted you feel whenever you visit your family, there’s no denying that, in a weird sort of way, despite being back to set dinner times, you’ve sort of missed your family’s cooking. And sitting down at your kitchen table knowing there’s a meal waiting for you gives you the break you never realized you needed.