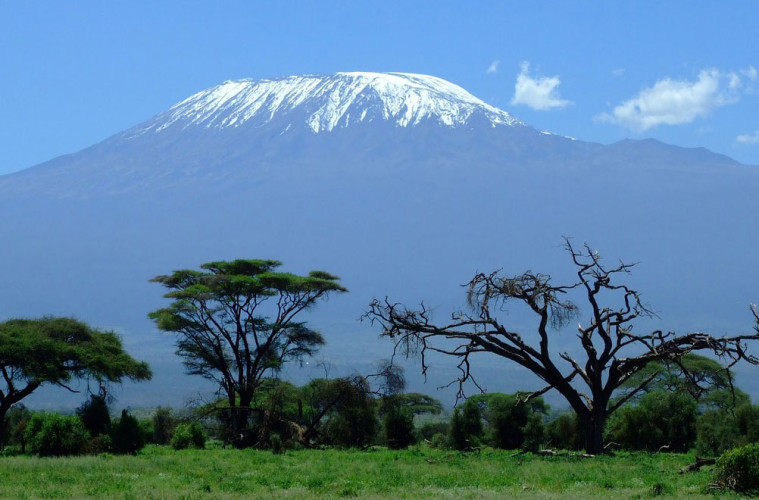 Bath University student Ben Hart is about to take on the biggest challenge of his life – the Kilimanjaro climb. Jake Levison met with Ben in order to identify his motives for the trip, as well as his feelings and fears regarding the mountain.

“I’m not really scared. It’s like: climb a mountain… go for it. Have a good time.” These were the first words I heard from 19-year-old Ben regarding Kilimanjaro. Personally, I could think of more than a few preferable ways to ‘have a good time’ that do not involve pushing myself to my physical and psychological limit while I slowly freeze to death… each to their own, as the saying goes.

I was slightly taken aback by Ben’s confident and self-assured attitude in relation to the test ahead – Especially upon learning that Ben will face a challenge that other climbers do not. “I’ve had Crohn’s disease for a number of years now”, he said in a very matter-of-fact manner. “I’ve put myself through a lot physically already. Hours of football, for example. Sometimes, with the Crohn’s, you feel pretty dodgy after. Sometimes you don’t. It’s a bit of a lottery.” Ben went on to explain that if he does get ill during the climb, there are people available to help take his gear and allow him some rest. He also said it is another potential problem that he will attempt not to stress over until it is more than that. An admirable stance to take, to say the least.

Ben’s parents, understandably of course, have a slightly different view of their son’s thought process. His father, 58-year-old cab driver Malcom, said on the matter: “Not sure if he has really thought, amid the excitement of actually going on the trip, as to how difficult it’s going to be with his condition.” Ben’s mother, Roz, seemed to fully agree with her husband. “my concern is just his health. He’s always tired anyway, that’s just part of the condition, so I don’t know… stamina wise, I think he’s fit.” The 55-year-old continued: “I don’t know how gruelling the trip is going to be for him.” Ben, sitting back casually on a beanbag in the corner of the room at the time of his mother saying this, gave his shoulders a subtle shrug and simply said: “Red Bull”. By suggesting that a popular energy drink is the answer to his rather severe side effects, Ben has seemingly left me with the most endearingly nonchalant quote I will ever hear.

It is fair to say that, prior to signing up for a trip such as Ben’s, you would give yourself time to think it over. “Am I capable of this? Is it even an experience I want?” So on and so forth. With Ben… it was a rather different story. “I heard there was a talk on for the trip. I basically only caught the last five minutes of it.” Ben later informed me that the talk was over an hour long. Ben continued, “Signing up was really competitive. I had to sign pretty much as soon as the talk was over if I wanted to go, and then there’s a three-day period where you can withdraw if you change your mind.” Needless to say, Ben’s parents were far from impressed with the impulsive behaviour of their son.

Let’s talk about the mountain for a second. Kilimanjaro stands at the height of almost 6,000m. It will take Ben four days to climb and two days to come down from, with the weather reaching around -20 Degrees Celsius along the way. Taking these facts into account, it is rather staggering that the mountain itself is not what Ben is worrying about most at the moment. “I’m not thinking about the climb too much. At the moment I’m more worried about getting the fundraising done. It’s a weight on my shoulders.” I assured Ben that in several months’ time he would be more concerned with the physical weight of his backpack during the climb, rather than anything figurative like fundraising. He did not seem to take this lightly (pun fully intended).

The young man from Bricket Wood is aiming to raise £3000 for ‘The Children’s Society’; a national charity located on Margery Street, London. The charity is known for helping neglected children all over the UK. “They’re simply the perfect choice (for a charity to donate to). They help kids close to home and I think they deserve the money”. Ben has worked extremely hard to raise funds for the charity, but admitted it has been a struggle a times. “I went onto the streets of Bath in an attempt to raise money. To be honest it was quite demeaning, standing out in the cold while people look at you, disgusted. I made £50 which is OK, but it wasn’t a great experience.”

While Ben has not actually undergone his training for the climb just yet, he has thought about how he should prepare: “The good thing about my university is that it’s on the top of a hill. It’s one or two miles up. So, if I’m going to be committed, I’ll have to try going up and down that a good few times. Also gym work. There’s good facilities for training.” Cue the Rocky Balboa theme. Ben also claims that the trip is “kind of like extreme DofE! (Duke of Edinburgh’s award)”. He went on to explain the kind of gear he needs: “You need to dress pretty warm. You know, bring a cardigan at least” he joked. “Good walking boots. Food and camping equipment is supplied to me by the university.”

After spending an afternoon with Ben, I can safely say I will be rooting for him all the way. Will you? If you want to show your support, you can visit Ben’s fundraising page here.