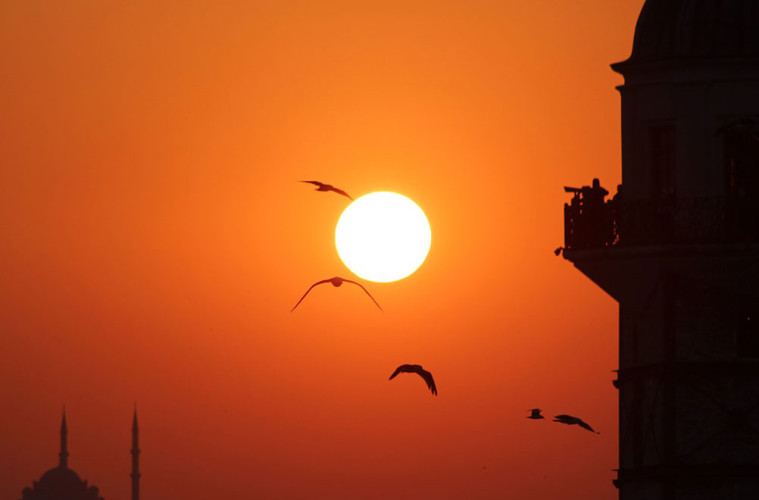 Life Of A Taxi Driver In Istanbul

Istanbul is the largest city in Turkey, constituting the country’s economic, cultural, and historical heart. With a population of 14.1 million, the city forms the largest urban agglomeration in Europe and the second largest in the Middle East.

When you arrive in Istanbul, you feel completely embraced by the warm breeze, the chaotic noise of the city and the magnificent bright colours that will surround you immediately.  You will feel moved back and forth from Europe to Asia by simply staying in one city.

This is probably what makes Istanbul a magical place to be and visit in which you will witness two different cultures and life styles coexisting in harmony.

When I arrived in Istanbul I had no idea how to explore and visit the city. I wanted to make good use of my time letting someone local show me around. I thought I needed to ask for a tour guide, an expert so I was quite perplexed when at the hotel they suggested me a taxi. That is how I met Hababi Hassan.

He likes to define himself as a taxi driver but I prefer using the word “personal tour guide”.

I have never seen anywhere else taxi drivers who able to speak English, friendly with tourists, who available for a whole day and ready to take you around the city choosing the most popular tourist destinations and even giving you information about the history of each place.

All for a reasonable amount of money.

‘You may begin your Istanbul tour at the Grand Bazaar’ Habib told me.

A baazar is usually a shop dedicated particularly for tourists in which locals try to sell their beautiful ethnic carpets.

But don’t be fooled by the name, in fact ‘It is the largest and oldest covered market of the world, with 61 covered streets and more than 3,000 shops’.

Entering the Baazar, is a completely different experience from entering a normal shopping Mall. The smell of traditional food, the colours of the silks and fabrics used for the dresses and the brightness of the gold inside jewellery stores will enchant you.

You may think that it is a way of spending time doing some souvenir shopping, but at the same time the beauty of this place is that you will go back home with a new knowledge and understanding of the culture and the people you are interacting with.

You must then pay a visit to the breath-taking Sultanhamet Mosque, known as the Blue Mosque because of its blue tiles covering the walls in its interior.

Visiting the mosque implies a full immersion not only in the cultural life of the Turkish citizens, but even in their religious, spiritual life. You will see how respectful and passionate they are about their beliefs. That is why you should wear humble clothes and be as quiet as possible, respecting the Muslims pray time.

‘Before you step into the  Mosque, take off your shoes and place them in plastic bags provided at the entrance and if you are a woman wear a head cover, which is as well available at the entrance of the Mosque’.

At this point I couldn’t believe that Habib was actually going to wait for me near the taxi while I spent more than an hour in the queue to enter the mosque and another while I was inside speechless and astonished by the enormity of it.

When I got back in the car Habib drove me to the famous Hagia Sophia, a former Greek Orthodox patriarchal basilica (church), that become later an imperial mosque, and now known as a museum.

He showed me how to get from the church to the Sultan house which was really closed by, in which you will be surprised by the amount of gold and precious stones used to decorate every detail of the palace.

And finally as last stop, he took me to the port where I got on a touristic boat that organised a two-hour tour in the Bosphorus.

I have to admit, it was hard to say goodbye to Habib, I couldn’t have seen so much of Istanbul without his help. What I learned from this experience, besides all the beauty this city have to offer, is how being a taxi driver in Istanbul is not only a matter of driving.