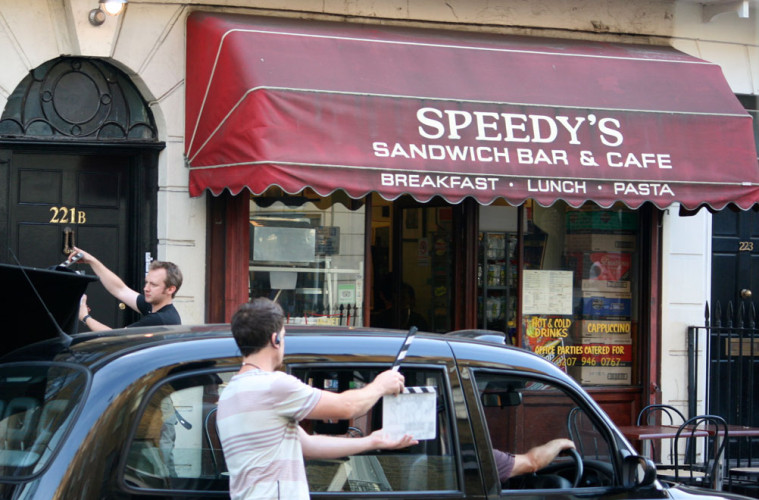 TV And Film Locations To Visit In The UK

The UK is home to some impressive TV and film sets, and for a number of people, seeing them just on screen isn’t enough. But fear not, many filming locations of some of our favorite shows are open to visitors all year round. Many of which are completely free of charge. So here are just a few TV and Film locations for you to visit in the UK.

Located in the idyllic West Berkshire countryside, is Hichclere Castle. This iconic building is home to The Earl and Countess of Carnarvon. But fans of the ITV show will know this as the home of Lord and Lady Grantham. As you can imagine tickets to visit the castle and grounds are very popular, so unfortunately tickets for spring are all sold out. But as of February, summer tickets will be on sale, so get in there quickly to avoid disappointment. Afternoon tea and special events are on throughout the year, so you also have the opportunity to enjoy a tour of the State Rooms, which have become so familiar from the television series.

Speedy’s Café, Sherlock
North Gower Street, just a short walk from London’s Euston Square underground station, is home to not one but two Sherlock locations. The first is the world famous 221b Baker Street, or otherwise know as Flat 187. The door is replaced when filming commences but it doesn’t stop fans from posing for photos. The second location is Speedy’s Café, immediately to the right of the door. Scenes from A Scandal In Belgravia were shot inside Speedy’s café, as well as many scenes outside too. Having been that fan who went inside to enjoy a bite to eat, I would highly recommend this to any of those who love Sherlock, as it really adds to the experience.

St Pancras International, Harry Potter and the Chamber of Secrets
London is home to a number of Harry Potter locations, all of which are worth visiting. But one of the most beautiful for me is St Pancras International. You may remember this from the second Harry Potter movie, where Harry and Ron take off in the Weasley’s flying Ford Anglia. The stunning building is definitely worth a visit and whilst you’re in the area head into Kings Cross where you’ll find Platform 9¾ complete with it’s very own trolley and owl.

Royal Naval College Greenwich, Thor: The Dark World
Even superheroes are partial to the UK. And in the newest Thor film, Greenwich’s Royal Naval College played host to the final battle in the movie. But this isn’t the only movie that has been filmed here, other films include; Pirates of the Caribbean 4, Guilliver’s Travels and The Mummy Returns.

The Dark Hedges, Game of Thrones
Now, we couldn’t include a list of television and movie locations without including Game of Thrones. There are so many to choose from but one that all GOT fans need to check out are the Dark Hedges aka the King’s Road. It was planted in the eighteenth century and has since become one of the most photographed natural sights in Northern Ireland.

The UK has an endless list of great film and television locations, and those above have only just scratched the surface. So if you have any great locations that you wish to share with us, please do comment below.