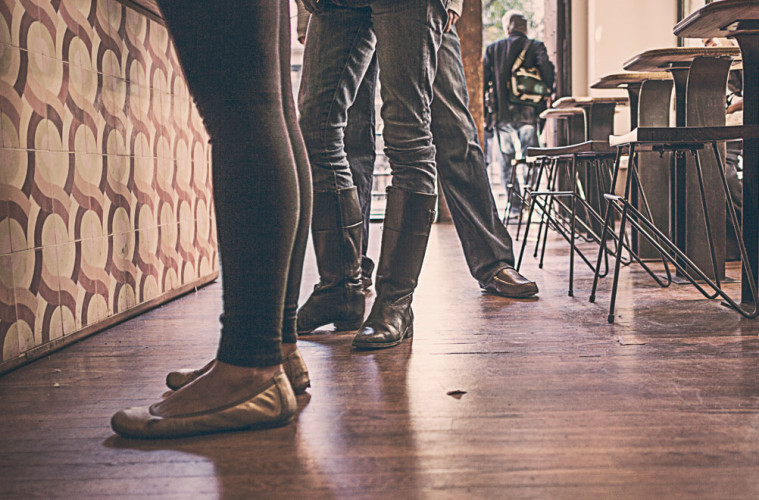 10 People You Always See When You Work At A Bar

The lads night out

About 10 blokes aged 30-60. A lot of them are balding and most of them are loud. They’ll order the cheapest larger they can find and have 2 rounds then they’re gone. And in that time there’s no doubt that they’ll have an argument with someone. Staff, other customers, or most likely, between themselves.

The Girls night out

There will be loud squeals when they see each other and one of them will probably have a tiara or a sash on. They’ll order different drinks to each other but only different by a tiny bit; “a vodka and coke with ice, and a coke and vodka with no ice”. No doubt one of them will be kissing a member of the lads night out within 3 drinks time.

The Staff from down the road

About an hour before you stop serving, a few identically dressed people will come in and efficiently order 3 rounds. They’ll be polite, probably buy you a drink and make sure not to leave their table messy. If they didn’t turn up so late you’d love these people.

Probably in their 50s. They’ll start out by bopping their head to whatever tune is playing  and then ask you what song, album, year, artist, producer and who swept the room after they’d finished recording. You’ll then direct them to the DJ where they’ll be for the rest of the night leaving the person they’re with to entertain themselves…this person is usually their significant other who sees this everywhere they go.

Order a drink and keep their coat on while they down it within about two minutes, they’ll then order a second and try to make small talk while they wait for their taxi/bus/train/lift home and within half an hour of coming in, they’re gone.

You’ve seen them once every two months since you started, if that. And yet they know your name and every other member of staff. They ask for discounts, free drinks and cigarette’s. They constantly try to talk to you but you have no idea what they’re on about 90% of the time. They’ll try to give you a hug when they leave when you still have no idea what their names are.

Every week at the same time they come in and if you’ve been working long enough, you’ll have the drink on the bar before they’ve even asked. They’ll go and sit down on their phone, read the newspaper or just stare out into space. Two hours later they’re gone without a word. These are customers you love.

Same drinks every week, unless they’re in a different mood. And you’ll know if they are because they will tell you. You know about their whole week, their aunties, uncles, dogs, cats and their first visit to Portugal in ’94. They’re kind and could probably run the place the amount they know about it. They’ll buy you drinks and they’re nice people. Unlike the ‘regulars’ they get the odd free drink or discount, and for the amount they come in they deserve it; the problem with that being that you worry about the amount they drink.

The Boss (and friends)

You’ll see your boss as you come in for your night shift and they’ll be pottering around the place making sure everything is in it’s place. The they’ll be off out until about midnight and they’ll bring with them the friends they’ve been out with. They’ve been drinking but they’ve been doing it long enough that it hasn’t effected them much…usually. You will be made to make drinks for random people and asked to put some of them on the boss’ tab. As soon as they walk in you know you won’t be closing on time.

Maybe you used to go to school with them, or they’re a friend of your mum’s. You know their face but probably haven’t spoken to them properly for 3 years, if you ever spoke to them at all. In a similar way to the ‘regulars’ they’ll be asking for free drinks or discounts which you’ll say ‘sorry I can’t’ followed by a made up and mumbled excuse. The good thing about these people is they’ll feel about as awkward about the situation as you do and will leave quite quickly after coming in.