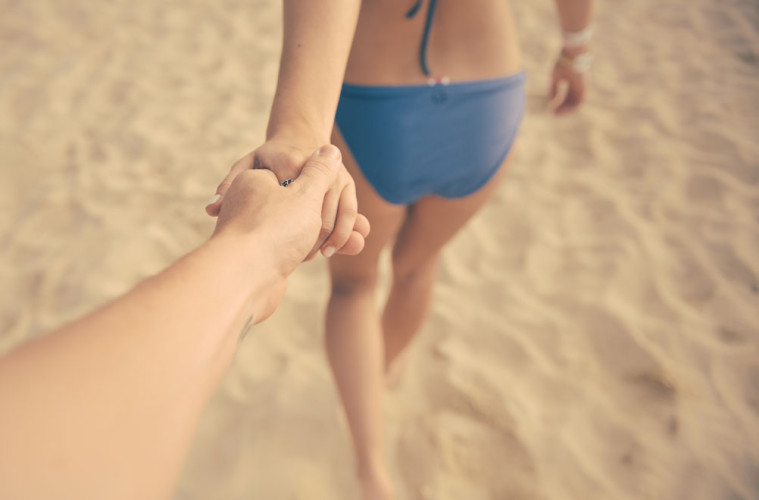 1. The first time you wear each other’s clothes

Okay, so this is usually done in secret, before you and your partner are at that close, comfortable stage where you can’t find your own shirt to go out in so just throw one of theirs on instead. Maybe they’ve left their hoodie at your house after a visit, and the next thing you know, you’re smugly snuggled up in the thing, congratulating yourself on completing the next step forward in your relationship.

2. The first time one of you makes food for the other

Sitting down to your partner’s homemade concoction of cheese-and-bacon-smothered hash browns as an attempt at a cooked breakfast is actually pretty sweet. Because even though a trip down Wetherspoon’s probably would have been more fulfilling, the fact that they cared enough to get out of bed and slave away at the frying pan for you shows your relationship has gone that extra but further.

This is a typical milestone, but one of the biggest and most memorable in your relationship, if what you and your partner have is more than just ‘casual dating’. You may not remember the exact date you did it, but you remember every other detail of the night- where and when it happened, what you were wearing, what was said beforehand, during and after, how it felt, if it was any good… And hopefully it was good. No one wants their first time with their new partner to bring up cringe-worthy memories that you’d rather not think about.

4. The first time you open up to each other

It comes out of the blue: you’re lying in bed together, watching reruns of Jeremy Kyle, when your partner randomly blurts out that they’ve always dreamed of being an astronaut. Suddenly, you find yourself in an in-depth discussion about the future, and all your aspirations that you’ve never shared with anyone until now. You go to bed feeling excited, but a little bit scared. You’ve just told your entire life story to someone who was a stranger only a few months ago! Without even meaning too, you’ve just crossed he next milestone in your relationship- to open up to each other.

5. The first time you smell something fishy…

Or should I say, eggy. And you have to accept the fact that your partner now thinks it’s acceptable to let out a sneaky one when they’re around you. Sounds gross, I know, but it means in desperate times you can go ahead and do just the same.

6. The first time you meet their parents

This is never fun, and can happen (in your opinion) far too soon into the relationship. It’s even worse of they still live in their family home: You’re just relaxing in their living room, allowing your partner to share with you their unusual taste in TV shows, when in flocks their parents, who proceed to plonk themselves down on the sofa beside you as if it’s the most normal thing in the world for stranger to be invading their house. Then follows quiz 101, where you must answer their 20 questions as if you’re not desperately waiting for the ground to swallow you up, or for your partner to excuse you away from your discomfort.

7. The first time one of you has a little bit much to drink

I’m talking getting full on drunk here. Slurring words, laughing at strangers, being outlandishly sexist, racist or ageist without even realising, then proceeding to stumble home and throwing up in the toilet- all with you in tow. Sound familiar? Congratulations, you’ve passed the next milestone in your relationship. Unless you and your partner share a hatred of alcohol that borders on teetotal-ism, sooner or later you’ll find yourself carrying a rather drunk boyfriend or girlfriend home after a heavy night out, and will then have to put up with their pitiful attempts to paw your shirt off while you’re trying to sleep. But it’s only fair, because they’ll be dealing with intoxicated you sooner rather than later, anyway.

8. The first time you have an argument

You might have to wait weeks, or even months for this milestone, but here’s the truth: unless you’re dating Buddha, arguments are inevitable. Unfortunately, when you love someone more than you ever thought possible, this also means there will be occasions where you want to kill them, too. It’s not a sign of weakness in your relationship at all; it’s a sign that you care. And being able to get through the difficulties only act to strengthen your relationship further.

They’re only three words, but my God are they hard to say when you know the time is right. Once the initial sentence is exchanged between the two of you, telling your partner you love them becomes the easiest thing in the world. But the first time is a hellish experience for us all. What if its’s too soon, and they don’t feel the same? What if your voice cracks when you say it and it sounds like you’re crying? Or worse, what if it sounds like you don’t mean it? You personally hate whoever donned the phrase ‘I love you’ as such a big deal in relationships anyway.

And by some miracle, they don’t run away screaming. If your partner not only allows you to blubber all over their clean shirt, but more amazingly, actually attempts to comfort you (even though they can’t understand what’s so sad about your neighbour’s dog dying),  you know they must really care about you. But reaching this stage in your relationship means you have to be prepared for them to cry on you too, so I’d get thinking of a few words of comfort in advance if I were you.