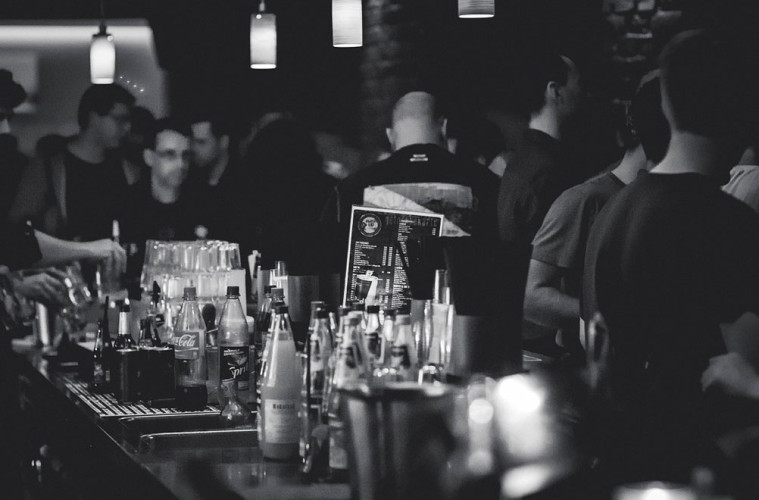 5 Types Of Guys You’ll Spot In A Club

To an inattentive eye, a club merely contains a cluster of drunk, foolish men that try it on with countless girls. However, if you delve slightly deeper, you’ll find that there are five main classes of men in every club you enter. This list is intended to be a helpful guide to both men and women alike – women will know who to avoid and men will know which category they wish to fall into. Here it is:

This is the guy that you’ll notice standing outside the crowd, scanning his surroundings as if he’s found himself stranded on planet Mars. This one won’t be accustomed to clubbing, and you’ll know it instantly from his “stranger in a strange land” demeanour. Try to cut him some slack; the bloke’s new to the game.

This man has the ability to camouflage with his male counterparts. He’s likely to have come to the club with a few mates that simply love the nightlife scene, but he’s not quite there himself. He’ll sing along with the lyrics he knows, replicate the moves that he’s seen his friends carry out, and overall look like he’s having a decent time. This is essentially an Observer that has mastered the art of blending in.

This gentleman will stop at nothing to assert his masculinity. He’ll down his shots with apparent ease (he may suspiciously dart towards the bathroom upon doing so, but lets give him the benefit of a doubt), grab his mates by the shoulders aggressively, slap/pinch a nearby girls’ buttocks, and may even start a fight with a guy passing by that’s just trying to mind his own business. The “Lad” isn’t worth anyone’s time, so just to avoid him (if possible).

These are the guys that seem to just have a good time. If they’re attending a dress-up club, they’ll throw on their pink tutus and size A bras like there’s no tomorrow. Why not? Perhaps surprisingly, you’ll find that the vast majority of girls will go for these boys over all others – most likely due to their confident nature and happy-go-lucky attitude.

These male individuals will stop at nothing to get the girl. Your first sign of a “Shameless” is through their habit of scanning the room for female targets upon their arrival to a club; this stance bares striking resemblance to that of The Terminator. They’ll shove, fondle and grind their way to a late-night kiss. AVOID AT ALL COSTS.

Hopefully this guide will help you conquer you future clubbing quests. At the very least, you’ll find yourself noticing these different types of men in the future.