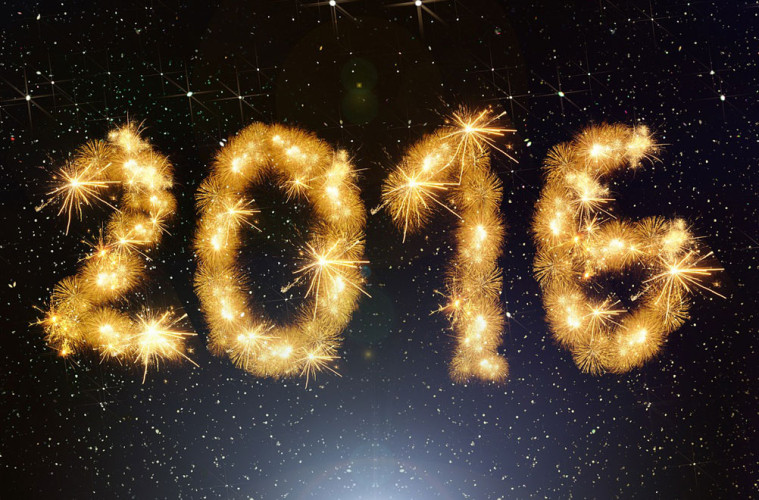 When you’re a student, the daily groceries you once took for granted such as crisps, cheese, and chocolate suddenly become luxuries that over the past term, you managed to get through at an alarmingly speedy rate. In fact, you think the majority of your student loan may well have been spent on items such as these. That’s why your most important new years’ resolution for this term is not ‘eat healthier’ as is the norm, but simply ‘eat’. With your student loan even more measly than last term’s, you’re going have to scrape along the bottom just to afford tins of beans and Tesco’s own loaves of bread- there’s no way you’re going to spend £2 on a pack of fresh broccoli you’ll definitely never finish before the use-by date just for the sake of ‘eating healthily’. You’ll be lucky if you can survive the rest of the year on rations of pasta and tomato ketchup, for goodness sake.

Try not to stay in bed all day

The common new year’s resolution to exercise more often comes hand in hand with the above, for the many people out there who strive to reinvent themselves, who tell themselves that this year will be the year they become the fit, healthy David Beckham/Cameron Diaz lookalike they’ve always dreamed they can be. As a student, you are far from being one of these people. Simply motivating yourself to get out of bed is hard enough, hence it becoming one of your new year’s resolutions. Forget daily jogs around your campus- you’d be satisfied enough if by the end of this year, you’ve managed to not miss a single lecture thanks to ignoring your urges to be lazy and forcing yourself into action when needed.

If you’re a student and you don’t manage to learn at least one new thing throughout the year, you should really be questioning your ability to listen. For that reason, the standard ‘learn something new’ resolution is totally unnecessary, as it’s a guarantee anyway. What is far harder to strive for is the motivation to struggle through your year, gathering all the relevant knowledge on the way to pass your exams come June. For most of us, the ridiculous difficulty of our course means this will be the hardest new year’s resolution to keep (it’s been far too tempting to drop out and get a job in retail on so many occasions already). You couldn’t even attempt to learn something new that wasn’t course-related- let’s face it, you haven’t got time to take up extra Spanish or karate lessons when you’ve got so much on your plate already.

Try not to drink so much that I pass out

Okay, this isn’t to say that all students are uncontrollable binge-drinkers, but you’d be lying if you didn’t admit to witnessing at least two of your flatmates face-planting the floor after a little too much to drink at some point since fresher’s began. Some of us are able to control our alcohol intake, but for those who can’t (cough cough, you know who you are), it may be worth taking note of this resolution. Fair enough, you’re a student, with barely enough money to buy a bottle of supermarket-brand vodka for your pres, so glugging down a decent amount of the good stuff before you actually get in the taxi is acceptable. What’s not acceptable is taking your pre drinking to the level that you end up passing out in the taxi before you even make it to the clubs. If your own dignity and pride isn’t really an issue to you, at least think of your poor mates who have to sacrifice a night out to carry you home. And waking up the next day, with sticky, vomit clothes, vomit bedsheets (thanks to whoever decided to put you in bed without undressing you first), vomit hair, no memory of the night before and a hangover like no other is totally not worth it. So to all you heavy drinkers out there, unless you can handle your alcohol intake, this advice is for you: the next time someone offers you that extra shot, or the rest of their can, just say no. You’ll thank yourself for it later.

Travel? Who’s got the time, money, or motivation for that? *Scoffs* When you’re a uni student, it’s very unlikely that you’ll even be fortunate enough to indulge in a mid-term weekend away, let alone embark on a full adventure around America. Travelling is something you think about with a dreamy look on your face, in the rare moments you imagine life after uni (having assumed you’ve managed to get through the three years without dying from a stress-induced heart attack, that is). If you even attempted to do it now, you’d pretty soon end up living on a street with the homeless. Best to stick to your student-loan-covered accommodation for now, and make sure you can afford a bus pass to get to lectures, or that future dream of travelling will be even less of a reality.

Try to get at least two hours of sleep a night

How is it that, when you were back at home over the Christmas holidays, time stretched out like a huge, infinite prospect, to the point where you’d begun wasting entire days de-cluttering your sister’s wardrobe, lying in bed practising ‘yoga’ and spending hours on the ‘recommended’ section of YouTube, yet the moment you return to uni, it’s like that time has halved itself a few times and you’re suddenly back to not being able to fit everything into your day? Juggling assignment writing, prep for seminars and reading with the activities you actually want to spend your day doing (i.e catching up on the latest episode of Geordie Shore) has suddenly become an impossible feat. For that reason, early start the next day or not, you find yourself staying up to ridiculous hours in the morning in a sort of I-will-have-time-to-do-the-things-I-enjoy defiance. Sometimes you reach the point where you wonder whether it’s even worth sleeping at all, because you’d have to drag yourself up a couple of hours later, potentially feeling even rougher than if you’d just done an all-nighter. Making a new year’s resolution to ensure you have at least a bit of shuteye every night wouldn’t be a bad idea.