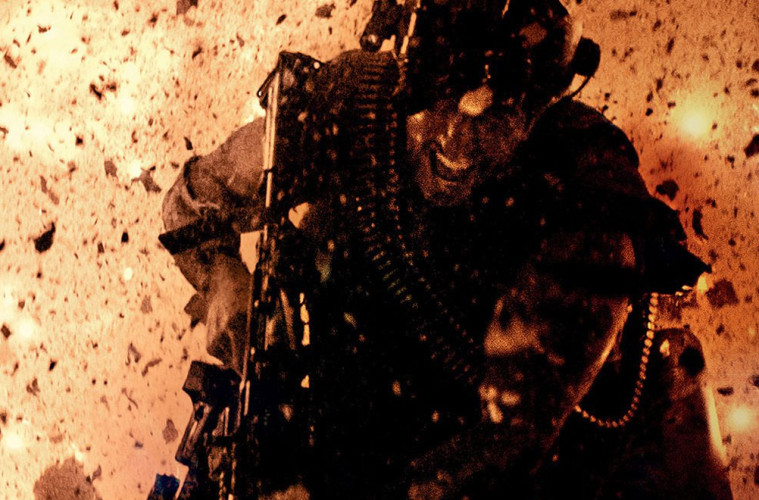 Michael Bay’s films tend to be defined by their “shoot first, don’t-ask-questions-later” approach. Indeed, subtlety and nuance are words entirely absent from his vocabulary. The loudness and unashamed manic action of the Transformers series was enough to grind anyone down, and Pearl Harbour showed he could do exactly the same with a historical subject. And in 13 Hours: The Secret Soldiers of Benghazi he returns to a real-life conflict (as opposed to robots endlessly hitting one another over the head) to craft a war film made with filmic brush strokes so broad and unrefined, it’s almost as if someone threw a grenade into the editing suite and shoved the results in cinemas.

The opening of 13 Hours proudly declares that its narrative is based on true events in 2012. On the evening of the anniversary of 9/11, a diplomatic compound and a top secret CIA base in Benghazi, Libya was attacked by Islamist militia. The American ambassador, J. Christopher Stevens, was killed in the attack, along with a number of private security contractors. Bay’s film recounts these events (who knows how historically accurate it is), focussing on six of the security team – given suitably tough, tattooed and heavily-bearded ex-Navy SEAL characters and names such as “Rone”, “Boon”, “Tig”, “Tanto” and “Oz” – as they try to repel the militants until help arrives.

It would be fair to say that proceedings favour explosions and gunfire over emotion. The trademark intensity of Bay’s approach to action would work in short snippets, but even the most resilient audience would be pummelled into submission by the frenetic and over-the-top cinematography. The camera never seems to be able to stay still for more than a second, and the incessant use of drone shots from overhead give the whole thing a Call of Duty, inconsequential sensibility.

This is not to say that the characters are totally one-dimensional: fleeting Skype calls to loved-ones (John Krasinski’s character is top of the list for this) and brief conversations between the fighting do attempt to construct characters with backstory. But you’ve seen it all before, and done a lot better. For much of the film’s (far too-long) running time, I found myself thinking of other modern war movies such as The Hurt Locker, Black Hawk Down, Zero Dark Thirty and even American Sniper – all films which fleshed out the emotional and ideological side of conflict. 13 Hours, in contrast, seems much more happy to forget the politics and make the explosions even louder.

As the gun battles rage, and the sound design gets increasingly more headache-inducing, there are one or two compelling sequences – namely a car chase through the unpredictable streets of Benghazi. But what the film presents is a particular brand of American patriotism: brash, uncompromising and very keen to assert that the tough, family-man soldiers are the ones protecting the great nation, not the pen-pushing incompetence of bureaucrats and state agents. Such tensions could have made for an interesting screenplay, exploring the interactions between power and protection in the Middle East. But because Michael Bay is involved, the film adopts the much more simplistic – and rather uninteresting – ambition of making the last explosion bigger that the last.

At one point, CIA analyst Sona Jillani (played by Alexia Barlier) pleads with those higher up in command for air support: “it never came” she later tells the security contractors as they pick up the pieces from the waves of attacks. It is open to debate whether this refusal of air support actually happened in real life. Bay doesn’t get bogged down by the politics. That said, the hostility between the leader of the contractors, Rone (James Badge Dale) and the CIA compound head (David Costabile) about who is now giving the orders is as unsubtle as the shot of the tattered and burned American flag floating in the compound swimming pool.

13 Hours: The Secret Soldiers of Benghazi is far from a terrible piece of film-making. The battle sequences are admirable for their energy and dynamic intensity, even if it all goes on for far too long. Its fundamental flaw, however, is its unrelenting focus on the action, with little sense of character development or narrative context . If Michael Bay was directing a video game – it would be great. But such an unreflective, CoD approach to violence doesn’t really belong on the cinema screen.