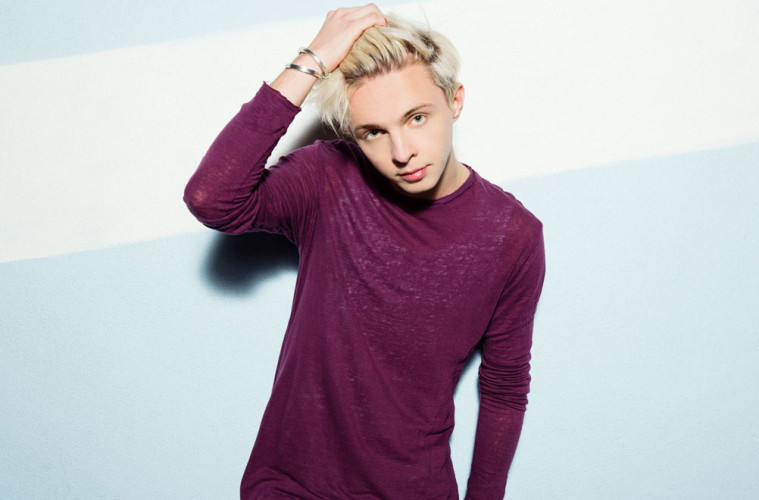 Russian born, 26 year old DJ and music producer Arty, is one of the most renowned talents on the circuit at the moment. From his toe-tapping, timeless tune ‘Kate’, to his prestigious album ‘Glorious’, we chatted to him about London, his career so far and the love of EDM…

When and how did your interest towards music develop?
I always had a great interest in music when growing up. My grandmother put me in front of the piano at a young age and I practised several hours a day. At the time, I hated it because I rather wanted to play soccer. When I look back on it I realize that this is how I created my ear for the harmonies and melodies that are crucial in my music now. I’m still thankful for it!

Where did you learn about electronic music and what attracted you to it?
I had been thinking about becoming a producer since I was 15 years old. I had friends around me who showed me stuff about making music. Around 2005 I had a sequencer program that helped me understand what ranges and melodies to use. After that I moved on to FL studio which allows you the whole process of creation with the beats, bass, leads, keys and more stuff like that. I fell in love with listening and making electronic music!

Which artists inspired and inspire you, even now that you are a successful music producer?
There are so many artists who inspire me like Flume, Years & Years, Skrillex, The Weeknd and many more! All their styles completely differ from each other but I like that they are pushing the musical boundaries nowadays.

Out of everything you produced, which single will always remain your favourite and why?
All the songs that I have produced are important to me. All the tracks have a beautiful story and a lot of hard work put into them. But I think one of my ‘classics’ if you can already call them that, is ‘Kate’. That track is really special to me and I’ve released a new version of it as well.

In October you launched your new album Glorious. Where you expecting it to be so successful?
Honestly I wasn’t expecting anything at all. I did my part and tried to show myself from a different perspective, but after that it’s up to the people if they like it or not.

You have been to London before, how does it feel to be back?
It’s always good to be back in London! I love the the vibe of the city and the people here!

You have once before performed at the Ministry of Sound. Was it exactly what you expected?
It was more than I expected! Ministry of Sound is London’s No.1 Dance & House Club and I felt honoured to be able to perform there.

And finally what do you think will be the reaction of your London fans to your new Album?
I have had some amazing feedback on my album already, so I hope they will love it!