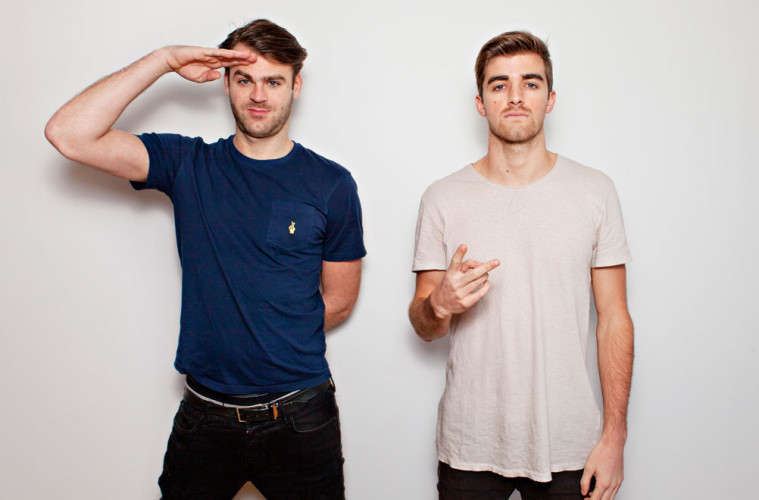 Straight out of New York City in 2012, the dynamic duo of Alex Pall and Drew Taggart a.k.a The Chainsmokers have been working hard in the music industry to get their tunes heard. Now, a few years on, they’ve chatted to us at The SPG about their tour, the renowned track ‘Roses’ and their career highlights so far, and here is what was said…

You’ve said before that all your new songs are inspired by a new instrument, what is the next new instrument/inspiration going to be?

Well that’s not entirely true, but yes in the case of Selfie we had just gotten our first mic to record vocals, and for Don’t Let Me Down we had just picked up an electric guitar. It would probably be better to say new sounds always inspire us. As for the next one who knows, we haven’t heard it yet.

No we didn’t… We knew it was the favourite track of ours we had produced and we personally really loved it but at no point did we know it would achieve what it has. We are very grateful for what that song has accomplished!

What is your favourite moment of the Fall Tour?

Probably playing LA Shrine when Justin Bieber came out and performed with us. It was totally unexpected and the guy is a fucking legend for it!

What was it like working with Daya, on the new track?

Daya is great! We hung out with her for the first time in Pittsburgh and she was super chill and very mature and serious about her career, which we respected. We could tell she planned on being around for a long time! We were already big fans of her voice and just had a feeling she could really crush the topline, and she did!

What inspired you to experiment with trap beats on ‘Don’t let me down’?

We listen to a lot of trap, we don’t force songs though, we just do whatever feels natural at the time. So it wasn’t a conscious decision to make a trap song, but that’s just what happened.

Rozes features on your new single ‘Roses’. Who is on your top 3 list of artists you would want to collaborate with?

What is the message behind the song ‘Roses’?

It’s about the perfect moments when you start dating someone. When you both feel invincible together.

What was your funniest moment of your performing career?

When Alex dabbed on Fallon #dabbedonfallon

Any career highlights thus far, and what else would you like to achieve?

Everything so far has been a highlight. We are really excited about the future as well. A Grammy would be pretty nice at some point but we are just going to keep doing us!

Check out the guys in London’s Heaven on March 2nd! Get your tickets here!