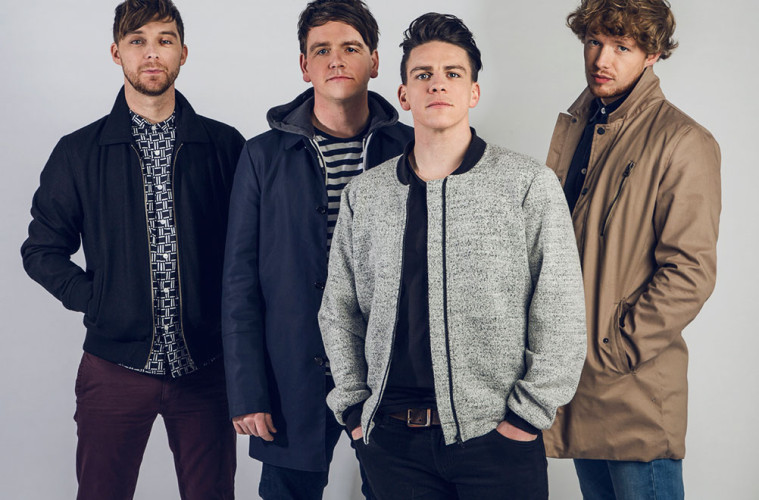 After smashing a cover of Oh Wonder – Drive on SPGtv and now releasing their album ‘Light Up The Sky’, we caught up with Joe from The Dunwells to chat all things music, his craziest fan experience and life as a complaints assistant, and here is what was said…

Congratulations on your new album ‘Light Up The Sky’! How do you feel about the reaction you have gained so far?

Thank you so much, I’m so happy with the reaction, I have said the whole way through creating this album… make something I like and I’m sure someone else will.

What was the main inspiration behind the songs on your album?

The theme that runs throughout this is album is the struggles of everyday life, love passion, hurt, anger, pain happiness sadness. It’s all in there.

Finding other musicians and singers that are on the same wavelength must be quite difficult, how did you guys come together to form The Dunwells?

Me and Adam met at Music college, he was one of the nicest guys there and one of the best drummers I had seen, I just worked we liked making music together so that was easy, Rob and Dave were best friends at school, they were always in bands together, and me and Dave are brothers, there is no better feeling than being in a band with your brother.

Your music consists of a rock and indie mixture, how did you develop into creating music of these genres?

Working closely with our producer Stephen Harris, when we first started this album was the start of everything for us. She whispers was the first song we recorded, I remember feeling so free to create whatever I felt.

Being in a band means that you spend a lot of time together, other than rehearsing, writing and creating new music, what else do you do together?

We do loads of stuff, go to show, play golf and go for beers. Sometimes on tour we all go for a run together. We are all really good friends so that makes making music easier.

A group of like-minded individuals like yourselves allows you to bond over something important to you, such as music, what other positives are there of being in a band?

The most positive thing about being in a band is the fact we are in it together, so we all feel it. You get home sick on the road and your mates help you through it. We always have the most fun it’s a laugh a minute in the van, mainly Rob cracking the jokes.

How did you decide that you wanted to pursue music as a career choice?

I was working in a complaints department for a big company, it was okay but my mind was always dreaming of being on stage and singing my own songs, so I had a long chat with my Dad and he told me to give it a go, he said try it for a year and see what happens, I was 18 then.

What motivates you to continue creating music and working in the studio?

I just love to create, that’s motivation in its self. Like a painter comes out with a painting at the end of it I come out with a song. Some are good some are bad. But they’re all fun to create.

Meeting your supporters and followers must be rewarding. We want to know what is the strangest fan experience you have had so far?

We once played a show in Nashville, we had never been there before, it was my birthday the day of the show, and fan had turned up with cake of my face! It was amazing. I’m a big fan of cake.

Everyone has one of those stand out moments during their career, what would you guys consider your favourite moment to be and why?

It would have to be on the last Tour, with a sell-out home Leeds Show, standing on stage singing ‘communicate’ and everyone in the room was singing with me. It was electric. I finished the song and thought wow. I felt so excepted. I’ve spent so much time trying to get people to like my music.

If you had not made into the music industry, what do you think you would be doing instead?

I would work outside, like be a green keeper or something like that. I love the fresh air, but then Again I hate the rain and it rains a lot in England, so I’m glad I’m a Musician.

Going on tour, performing at gigs and having supportive fans sounds like the jet set lifestyle many people would dream of, but surely there are bumps along the way. What advice would you give to young people and students who are looking to start a band?

To be honest, there are so many bumps in the road. I get them all the time but as soon as I step on stage it makes sense. I think the only advice I could give is stay true to you, find out what you love and do that and keep doing it. I know that more than ever now because that’s what I do and it works.

Thanks Rob! It has been a pleasure chatting to you!