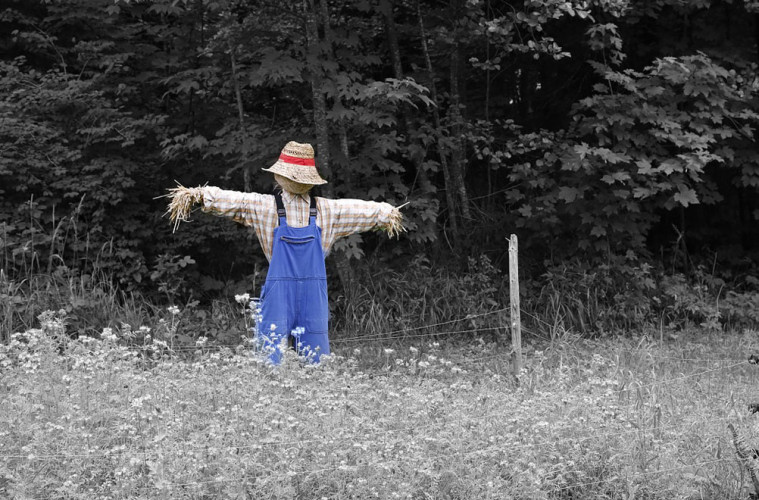 Five Of The Weirdest Jobs On The Planet

Let’s be honest, the world is a weird place. As you can imagine, there are some jobs out there that may seem a bit out of the ordinary. However, despite their weirdness, they are interesting and might also be seen as refreshing. Because lets face it, we all get anxious about job opportunities. Perhaps this article will be insightful. If not it will certainly be entertaining! So, here it is. Five of the weirdest jobs in the world…

Initially this sounds like a set up for a bad prank, but actually it’s a real job and it’s pretty self explanatory. You get paid to sit around and occasionally scare away birds.

One notable example would be a story from 2012 about a Bangor University graduate that was employed as a human scarecrow in a field in Norfolk.  Armed with a cowbell, a ukulele and occasionally an accordion, he earned £250 a week chasing away birds.

Allow me to explain. This profession is from Amsterdam. A beautiful city known for its canals and an absurd amount of bicycles… among other things. That, as you can imagine, is a problematic combination. Basically, thousands of bicycles end up in the canals. If too many bikes pile up then the canal boats get damaged. Hence, someone needs to go fishing. Don’t think this is a new problem. Bicycle fishermen have been around for decades. To be honest this does not seem like such a bad job. Nice working environment, cool toys -including a massive metal claw- and most importantly, job security.

Gender equality consultant is a relatively new profession and it hasn’t caught up yet, but that is quickly changing. A gender equality consultant works to ensure better gender equality in workplaces and institutions. This job is not weird in the same way the rest are. It actually makes sense. The reason it’s on this list is because it’s purpose is to solve problems that should have been already been dealt with. Meaning, if this job is new that means that there is a demand for this type of work, hence, a problem with sexism and inequality in workplaces exists and seems to be not going away easily. Although, that is disappointing, to say the least, it may offer a new job opportunity for people that are passionate for this type of work.

In some South American countries, the high level of vehicle related criminal activity, forces responsible owners do all they can to avoid the worst. Enter the cuida carros, security guards of some sort that are paid to protect vehicles. This job is weird but certainly not unreasonable. There is no doubt that we would all prefer having a security guard than an alarm.

This is possibly one of the best known weird jobs in the world. However, it is in no shape or form any less peculiar. Oshiya are professional people “pushers”. If you are lucky enough to take a trip to Japan you’ll have to use public transport. But be warned! If you plan on taking the train during rush hour  be prepared to experience the feeling of being pushed into the train along with hundreds of other commuters by professional “pushers”. That is basically it. There are so many people that need to get on the trains that simply squeezing in won’t do. You have to be squished in by someone else…  that is the job description of the oshiya. Wondering who would do this for a living?  Well, it was originally made up of students looking for extra cash… and probably it still is.