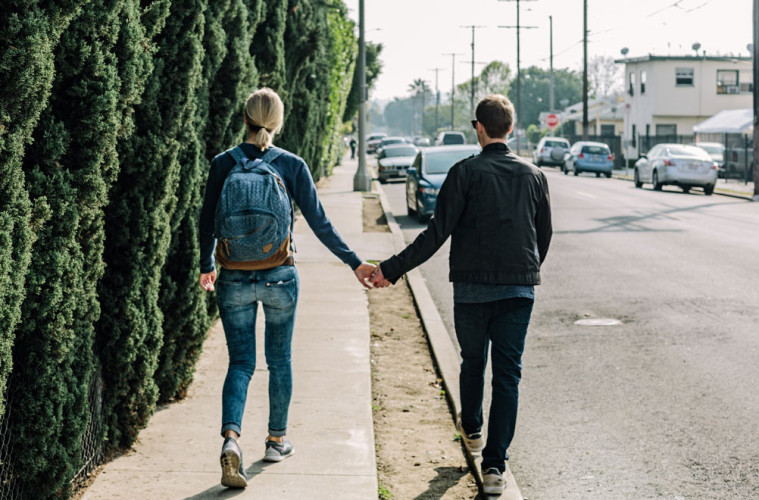 The Many Couples You See At Uni

With Valentines’ day’s- the most loved or hated day of the year depending on your relationship status- come and gone, let’s take a look at some of the couples you’re likely to have met at some point during your uni experience…

We’ve all got them- that flatmate who spends the majority of time in their room, hurriedly completing assignments two months before the deadline or discussing Minecraft hacks on random online forums. The whiz kids are bad enough on their own, but as a couple, they’re twice as annoying. Having never stepped foot in any sort of club, restaurant or pub since moving to Nottingham, the preferred scene for this couple the library. Here they’ll join with other couples to form noisy study groups, where conversations range from discussions about exactly what took place in today’s two-hour lecture to rating comic-book characters. You probably won’t see the whiz kid couple show any sort of affection towards one another, but somehow know that they are in a relationship nonetheless.

Competitive, full of seemingly infinite levels of energy and a little bit scary, the fitness couple alternate between their two homes- their flat and the gym. Most commonly seen comparing muscle sizes or boasting about the 10k jog they ran this morning, the only type of marathon the fitness couple take part in is the running kind- they’ve got far too much energy for Harry Potter or Orange is the New Black. In fact, they regard any couple who indulges in such marathons as ‘lazy, boring slobs’ in their secret jogging-session bitches.

Sadly for this couple, they were wrenched apart when they decided to go to separate uni’s to study, and have to make do with only seeing each other every once in a blue moon. It takes strength and a hell of a lot of trust to commit to a long-distance relationship, which is why, when alone, you’re most likely to find one half of the couple moping in their bedroom, moaning about how much they miss their bae. The chances of the LDR couple lasting for the duration of the year depends solely on personality, so it won’t come as too much of a surprise if flatmate slaggy Sara’s relationship breaks off because boyfriend John couldn’t trust her (and rightly so- she’s pulled more guys this term than your single mates have in their lives).

So named because they’re unable to engage in a conversation without it ending in nothing short of a fist fight, the cage fighters are the couple you constantly find yourself questioning why they’re actually together. They’re breaking up every other day over cheating allegations and petty arguments, and their huge number of differences means there’s very little they actually enjoy doing together. In fact, their favourite past time seems to be an independent activity, and involves bitching about their ‘opponent’ behind their back to their mates. Break up already, guys.

On the other end of the spectrum exists the couple who seem to live in their own little bubble of peace and harmony. You’ll catch these guys studying together in the student union, or walking hand-in-hand down the street, making plans for dinner and sharing stories about their day. In all the time you’ve known this couple, they haven’t fallen out once- not even over what topping to have on their sharing pizza or the chronic snorer of the pair keeping the other awake all night. They just agree on everything, and it’s actually quite annoying.

You’ll probably know at least three couples at uni that fit into this category. They met at fresher’s, had a one night stand, then decided to finish every night out in the same bed rather than go to the fuss of trying to pull someone different. This couple is too embarrassed to admit that they’re sleeping together when the only emotions that exist between them are of the sexual sort, hence their insisting their they’re ‘just friends’- which doesn’t explain why you walk into the kitchen to find the pair of them sleepily munching cereal together on so many occasions. The ‘just mates’ couple will remain this way until the end of uni, unless somebody catches feelings (dread!) or an unforeseen circumstance makes their little rendezvous’ too much of a fuss to continue with.