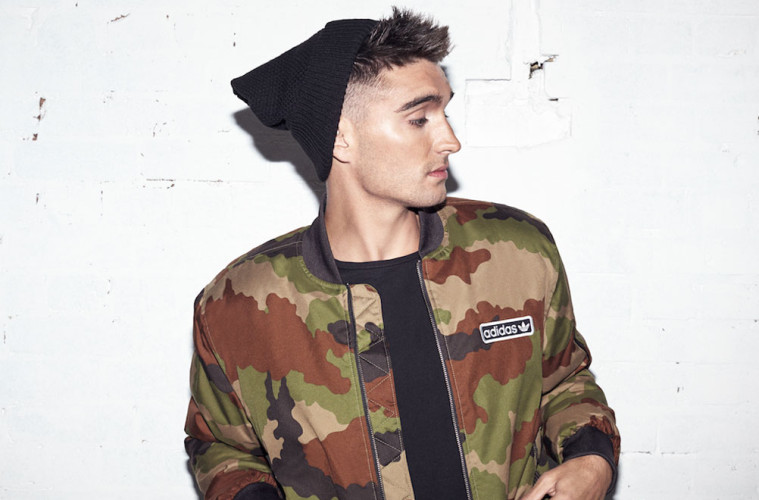 From being in the brit boy band ‘The Wanted’, to cooking up a storm on Celebrity Master Chef, Tom Parker chatted to us at the SPG about the perfect romantic meal, the weirdest fan items he’s received in the post and life as a music producer, and here is what was said…

The Wanted announced in 2014 that they were going to be taking a hiatus and you’ve taken the plunge and switched from pop to dance music and from singer to producer – what a change! Has producing music always been something you’ve wanted to do?

It’s something that’s definitely become more of an interest over the past 3-4 years. In the band, I was always interested how beats were made, how vocals are cut and just the overall finished product. It’s a super rewarding feeling starting something from scratch and seeing the end product.

Because it’s quite a dramatic change in direction, were you worried about the reaction you’d get from fans and critics?

I think the minute you start worrying what critics think, the minute you lose your focus on what you want to achieve. Of course, it’s a different direction and naturally, people will be curious. However, I think if you make great music, your audience will just enjoy it.

You recently released a new track called ‘Lost In Your Love’ which you produced and sang on too! How would you describe the feel of the song and do you plan on singing on a lot of your future music?

It’s quite a feel good song. When your in the studio, you write what feels good. What comes naturally. The minute you start forcing a lyric, or production, that’s when you have to just stop, take a moment, and re-visit. Do I plan on singing on more records? Yes, I believe I will. Again, if it feels right to vocal it, I will.

Is it true that you taught yourself how to play the piano and the guitar? If so, can you give any tips to people that want to learn?

Persistence. I didn’t learn to play piano until 23/24. It’s a very frustrating thing learning an instrument, but when it clicks, it’s the best feeling in the world.

As well as switching to producing music, you’ve also appeared on Celebrity Master Chef! Since Valentines Days coming up, what’s the perfect romantic meal to cook? Tips please – we need all the help we can get!

You can beat a good Steak, New Potatoes, Greens and Red Wine Jus with a nice bottle of White.

Aside from cooking, you’ve also previously launched your own clothing range called #Hashtagz. Is there any other passion you’d like to pursue within your career? How about being a judge on The X Factor?

I manage a girl group actually called Sweet Riot. Managing has always been something I was passionate about in the group too. They’ve just finished their first support tour so things are starting to move along nicely for them.

It’s clear that you’re loving your new venture, but what do you miss the most about being in a band?

I definitely miss the laughs. I do appreciate home life so much more now. Being with my girlfriend and dogs means so much to me now but we had a cracking time on tour.

What did you find most challenging during your time in The Wanted?

The politics. There’s so much to the music industry that doesn’t appear on the surface. A lot of voices, opinions, control, which ultimately can lead to poor decisions being made from all sides and that was frustrating at times. Don’t get me wrong, there was a lot of positive decisions that were made, that ultimately made the band super successful.

Do you still keep in touch with the other band members and did you ever play practical jokes on each other when you were on tour? If so, what was the best one?

Yeah we all still keep in contact. When you come out of a band, everyone is trying to find their feet, where they fit within the industry and what they want to achieve next so everyone’s focus is very much on that at the minute.

Obviously you love your fans, but have you ever received any odd items through the post?!

Not me personally, but a girl once cut a piece of Jay’s hair off and ate it which was…unusual!

Finally, the question everyone wants to know… will The Wanted ever make a comeback?

I would like that to happen at some point when the time feels right. Next year.