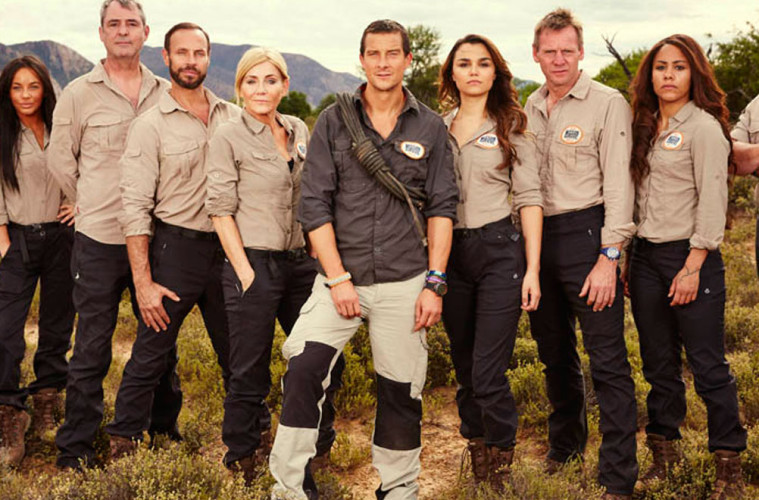 ITV are currently airing their second series of Bear Grylls: Mission Survive where Bear Gryll’s, British adventurer, writer and television presenter (who is probably best known for being that wildlife expert who likes to drink his own wee) takes a number of celebrities to South Africa to see how they cope out in the wild.
This season’s celebrities include well known faces like Neil Morrissey, Jason Gardner, Michelle Collins, Chelsee Healey , Alex Scott, Stuart Pearce and Jason Gardiner.

This years round up also includes a fresh faced celebrity who goes by the name of Samantha Barks. Samantha is currently stealing the show by facing and conquering some incredibly personal challenges,  such as eating bugs, despite the fact that she has been a vegetarian since she was only four years old. Every week more and more people are falling in love with Samantha (and rightly so, she is lovely!). If you too have fallen under Samantha’s spell here is a list of 5 things you may not have known about her.

She’d Do Anything:
You may be thinking I know her from somewhere! Samantha is a stage actress who first came into the public eye when she competed for the role of Nancy in Oliver! on BBC’s I’d Do Anything in 2008, where she came in third place. She may not have won the show, but Samantha has gone on to play some incredible roles within her career including Eponine in Les Miserables (in the West End, for the 25th Anniversary Concert at the 02 and in the 2013 Les Miersbles film), she has also played the role of Nancy on the Oliver! UK tour, and has even played Velma Kelly in Chicago.

On The Big Screen:
You probably already knew that Samantha stared as Eponine in Tom Hoopers 2013 film adaptation of Les Miserables (which lead her to perform at the 2013 Oscars along side Hugh Jackman, Eddie Redmayne, and Anne Hathaway).

However you may not know that Samantha has also stared in a number of other films including The Christmas Candle, Dracula Untold, and will be in Interlude in Prague which will be released later this year.

Isle of Sam:
Samantha was born and raised in the Isle of Man and in 2007 she represented them in the Maltese International Song Competition where she won the main prize of €2000 and the title of Best Foreign Singer.

During her time on I’d Do Anything, Tourism Minister Adrian Earnshaw helped to raise support for Samantha by renaming the Isle of Man the Isle of Sam. Now that’s pretty cool!

Albums:
In 2007 Samantha released her début album, Looking in Your Eyes, which sold around 600 copies and it has recently been announced that later this year Samantha will be releasing her second album. Following the release of this album Samantha will be setting out on a UK solo tour in June. Some venues are already beginning to sell out so head to her Facebook page if you’re interested in seeing her live: Samantha Barks

Sprouts:
The final, and perhaps most odd fact about Samantha you will find here is her love for sprouts! Samantha is a huge fan of the small green vegetable, so much that her fans have even named themselves Sam’s Sprouts.

Samantha is a genuinely lovely girl who deserves all the success in the world. I can’t wait to see how far she can go on Mission Survival.  Make sure you tune in to ITV1 at 9 o’clock on Thursday night’s to see her in action.