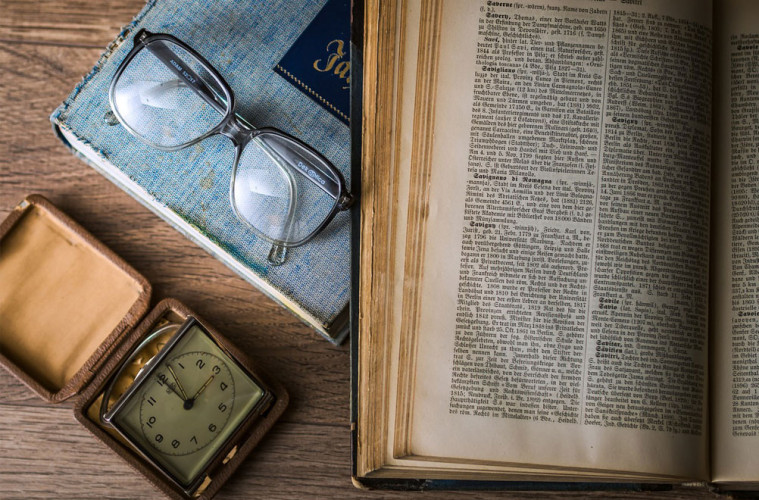 Last year I was on the bus when I overheard a conversation. One student was telling another that ‘in America you can do a degree in Beyoncé’. I laughed internally wondering why anyone would do a degree in Beyoncé. Then I remembered how many fans she has and how powerful she is. I wouldn’t consider myself a fan. I don’t listen to her music and I’m not that bothered by anything she does. I can take her or leave her.

Another time, a new girl started at Oxfam where I volunteer, and we got talking. I found out that she had done her degree in Viking Studies. She admitted that she was still looking for a job in which to utilise this degree short of becoming an official Viking for a museum or something similar. I’d never met anyone who had done such an unusual degree, but then another volunteer, who had overheard our conversation, came over and said that he too had done a degree in Viking Studies. At this point, I started to question whether my English with Creative Writing degree was the most unusual choice.

I don’t know what they went on to do, but I never saw them again.

This prompted me to scour the internet for more unconventional degree courses, just to get an idea of other things we could be studying. Here are my favourites:

It’s not unheard of to be filling out a form and seeing ‘Jedi’ as an option under religious beliefs. I’ve been tempted to tick it, but that would be dishonest. If you are among those who consider Jedi your religion, or specialist subject, then Jedi Studies is for you.

If you want the specifics, then the course focuses on the psychology of Jedi Knights in order to teach communication skills and personal development. Hey? Aren’t they both things that our lecturers go on about all the time? Quick, let’s get over to Queen’s University in Belfast and enrol.

The Simpsons and Philosophy

Way back in secondary school, we had one lesson in English that required us to watch the opening sequence to The Simpson’s over and over and over again. We literally watched it on repeat and I cannot for the life of me remember why. Yes, I love the cartoon, it’s one of my favourites, but  what is its significance outside of entertainment?

Philosophy. Apparently, if you study The Simpsons, it makes philosophy easier to understand. The course isn’t restricted to The Simpsons though, it explores the works of Plato, Immanuel Kant, Karl Marx, Friedrich Nietzsche and other philosophical figures.

Harry Potter and the Age of Illusion

No, it isn’t the name of the next Harry Potter book, but it is a module as part of Education Studies at Durham University.

This is for anyone who wants to delve deeper into the books beyond the fictional aspect, and to consider them in relation to citizenship education, such as reading Hogwarts as a commodification of education. The course includes a whole range of content that is both fun-sounding and interesting. It’ll offer you key skills such as thinking critically, working to deadlines, and constructing and sustaining a reasoned argument.

At some point, we have all been asked or had to consider what we would do in a zombie apocalypse. How would we prepare for one? Would we survive it? Well, if you want to make sure you can answer yes to survival, then the University of Baltimore can provide you with the perfect course.

You’ll learn how to prepare for a zombie apocalypse and, for the more creative types, there’s the chance to write horror scripts. I can think of a few people from my creative writing course who would love that aspect of it.

If you love horror, you’ll love this. There is a serious side to it though; you’ll learn how literature and mass media work.

I’m going to Canada later this year, so I could do with taking this course. It would be nice to know how my maple syrup was produced and manufactured before I eat it…actually; I think I’ll just eat it.

Although, a degree in maple syrup might go a long way to impressing the locals. However, would I be impressed if someone told me they had a degree in tea?

(I just checked, and you can’t do a degree in tea)

The Art of Walking

This course sounds like a combination of walking as a meditation/relaxation pastime and an alternative way of learning. Imagine you’re in a lecture and your lecturer says that today you’re going to take a walk while you learn. This course works like that. Let’s say you’re learning about the history of France – don’t expect an hour long presentation; expect a walking tour around France! If you like learning and travelling, then this is the course for you.

If you could create your dream university course, what would it be? You never know, it might already exist!