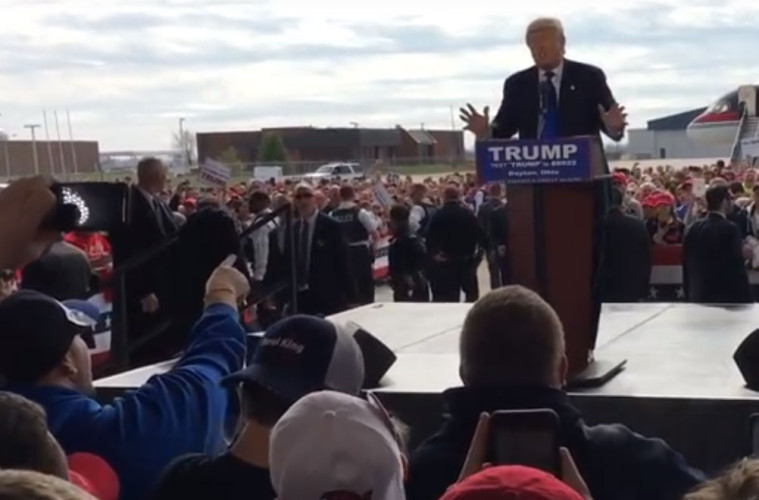 Attack On Donald Trump At Rally

If you haven’t been living in a cave for the past twelve months, you might have heard of a poorly styled, American presidential candidate called Donald Trump? If you haven’t, his haircut resembles a dead ginger guinea pig and his policies, are well, not exactly the most backed in the world.

At a recent rally in Ohio this month, one particular spectator who isn’t much of a fan of Trump’s, thought he’d take matters into his own hands and here is what happened…

Now I don’t know about you, but I reckon if it wasn’t for the security guards, Mr. Trump may have had a problem on his hands.