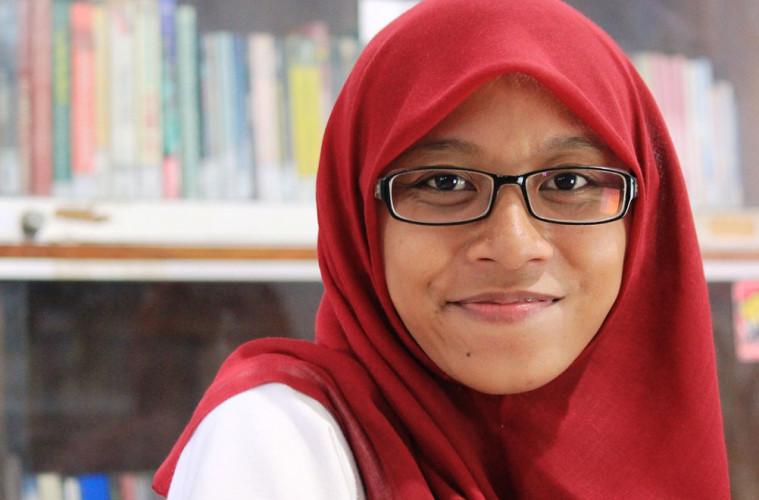 What does wearing a headscarf mean? Is it the result of a sexist society in which women are forced to hide themselves or is it a free, personal choice and an act of freedom of faith?

For both religious and cultural reasons, Muslim women can choose to wear a scarf to cover their heads. In Arabic it is called hijab, when translated in English means screen or partition.

It is normal to see a woman covering her head in a Muslim country. Nowadays though, with immigration even in European countries, it is considered normal to see Muslim woman wearing a hijab. But how do non-Muslims interpret this ritual?

Naushin Jahan, member of the Ahmadiyyat community, one of the Islamic sects, wears a hijab and says: ‘I have never been forced to wear the hijab, by my parents nor by my husband. I am not “less Muslim” if I decide not to wear one anymore. It is only up to me, I am free to choose’.

It is primarily a symbol of modesty and self-respect, it is not a must for a Muslim woman to wear a headscarf. The Quran does suggest it but there is no obligation.

Practising a religion as Islamism in a country in which it is not predominant makes it hard sometimes to follow and respect it in all its shades. Especially if you feel judged for what is your belief that can be expressed with the choice of wearing a hijab.

‘I know that wearing the hijab means people have different expectations form me. It affects the way strangers perceive me and especially the way they approach me and talk to me’.

People reactions to headscarves is not going to change the way Muslims women decide to practise their religion. It could somehow affect the way they live and how they feel about themselves because they probably won’t be able to change their image in the public eye.

In France, in 2004, a ban on Muslim headscarves and other “conspicuous” religious symbols was introduced. It received overwhelming political and public support in a country where the separation of state and religion is enshrined in law.

Aeron Nini, Muslim and professor of theology at the Bologna University in Italy, argues that in the 21st century, an age of freedom of speech and expression, it is incredibly discriminatory banning something that allows women to practice their religious rituals.

He states: ‘Everyone should be able to practise their own religion without any restriction, and talking about headscarves, even nuns of the Christian and Catholic Church wear a veil, so why only hijab are to be banned?’ The government justifies this decision explaining that it is being made to improve the concept of female equality, and for the fear of terrorist attacks.

‘The French government talks about a sexist culture that forces women to hide themselves, however the same government is imposing itself, not letting women wear whatever they want’. Says Mr Nini, and adds: ‘It is understandable that, in airports or if required by the police, women should prove their identity, but as nobody is asked to show the passport when leave the house, Muslim women should be free to wear the scarf if they want to’.

The debate it’s still open. Women, as written in history books, have always fought for their freedom and their rights and they always will. Understanding and respecting cultures different from our own is a big step that the society needs to take to progress. We just need to put our beliefs aside and open our minds to something different.