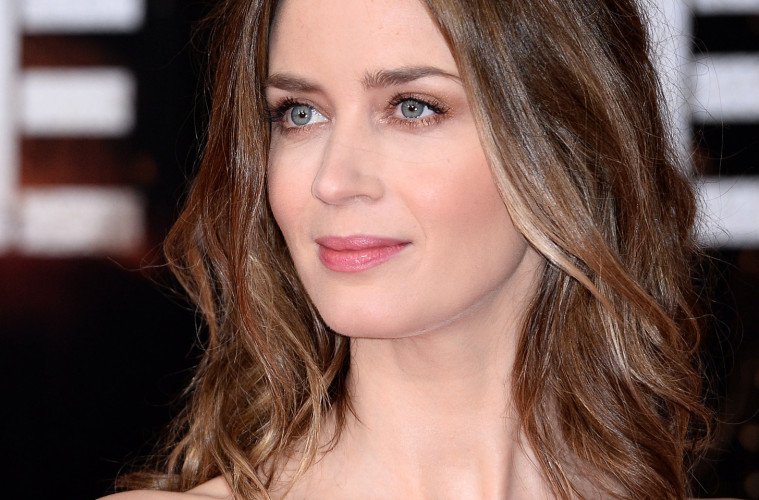 In keeping with the recent successes of British actors in Hollywood, Emily Blunt has established herself as a varied and respected acting talent. In her most recent film – The Huntsman: Winter’s War – she holds her own against Charlize Theron’s wicked Queen Ravenna, and positively shimmers with cold-hearted, but not irredeemable, evil. With several big projects coming up (not least, a remake of Disney’s Mary Poppins), we take a look at how Emily Blunt became a firm fixture in Hollywood.

Born in 1983 to a barrister and teacher, Emily Blunt grew up in London and took up acting as a way to overcome a stammer, against which she had battled since the age of 7. With a clear talent, she was spotted by an agent and landed her first major role in 2001, opposite Judi Dench in the stage show The Royal Family. Not a bad start by anyone’s standards.

Thanks to her performance, Blunt was named ‘Best Newcomer’ by The Evening Standard and she landed a few roles on British television, before hitting the big screen. Awards beckoned, and in 2005 she won a Golden Globe for her performance in Stephen Poliakoff’s Gideon’s Daughter. On her way to the stage to collect the award, she sought out her then boyfriend, Michael Bublé, for a cheeky kiss. Bet you didn’t remember that relationship!

A year later, Blunt secured a role which propelled her to even bigger fame, co-starring alongside Meryl Streep and Anne Hathaway. The Devil Wears Prada saw her play the fashion editor’s senior assistant and she gave a performance which rather divided critics: “Blunt very nearly steals the film” declared Empire, whilst Peter Bradshaw in The Guardian called her bitchy performance “strained and awkward”. Nevertheless, she became a favourite with audiences and went on to star in a diverse range of films including Charlie Wilson’s War, Sunshine Cleaning (with Amy Adams) and in 2009, played Queen Vic in The Young Victoria, ticking the costume drama box which so many Brit actors have on their CVs.

Back over in Hollywood, Blunt was certainly living the life of an A-lister. She married her husband John Krasinski at George Clooney’s Lake Como villa in 2010, and counts Anne Hathaway, Jennifer Aniston and Matt Damon amongst her close friends. It was alongside Damon that Blunt made her first foray into the world of science fiction in The Adjustment Bureau.

Sci-fi is obviously a genre which she enjoys; she went on to appear in the smart time-travelling film Looper and, more recently, starred alongside Tom Cruise in the rather enjoyable Edge of Tomorrow. Her gun-toting antics opposite Cruise came in handy when, last year, she starred as an FBI agent in Sicario. The film explored the American war against Mexican drug cartels, and was a film centred by Blunt’s stunningly bold performance, drawing on the physicality and emotional authenticity which theatre critics had highlighted all those years ago.

Throughout all of this, Blunt has retained a quiet dignity and determination in the face of the pressures that come with immense fame. Indeed, the heights of celebrity seem to have done little to alter her down-to-earth outlook on life. Despite her innate ability to get to the very core of her characters, she holds no pretensions about her choice of career: “I think it’s embarrassing to hear people talk about their process because you always sound a bit wanky. You always imagine people are reading the article going: ‘Oh, get a real job’.”.

In many ways, Emily Blunt doesn’t need to blow her own trumpet – and especially not to casting directors. Not only is she taking on the role of Mary Poppins, but she is set to star in the film version of the hugely-popular book The Girl on the Train (released September this year) and in a rumoured sequel to Sicario. As well as giving her voice talents to the sequel of Gnomeo & Juliet, which is currently in preproduction, she’ll be voicing a part in My Little Pony: The Movie (no, I didn’t know we were in for such a cinematic treat either). Despite admitting that she’s not one to look very far into the future, it certainly seems as though her career, on both sides of the pond, is set to go from strength-to-strength.