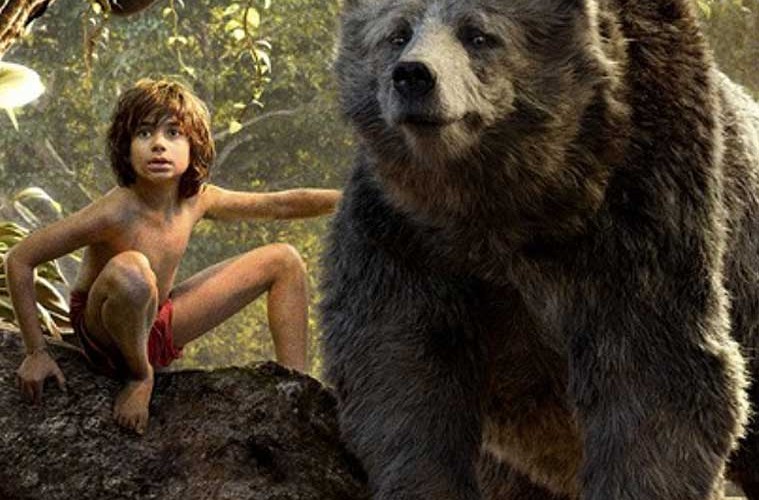 When it comes to Disney films, there are people who would defend their favourite to the death. The Disney canon is pretty much untouchable and any remake has to tread with extreme caution, should it destroy the nostalgic childhood memories of millions. The news that the studio was remaking its classic 1967 animation The Jungle Book was greeted with caution. The old phrase “if it ain’t broke, don’t fix it” certainly sprung to the minds of many. Jon Favreau’s film, however, is not only a tribute to the 1967 version, but is also an exciting and luscious reimagining of Rudyard Kipling’s original text. Under such sensitive guidance, the question isn’t why remake it, but rather, why ever not?

The first thing that strikes you about The Jungle Book is how faithful it is to its two sources and how confidently it works with its narrative. The story, of course, follows the “man-cub” Mowgli (Neel Sethi) who is brought up by a wolf pack in the jungle after being rescued as a baby by the panther Bagheera (voiced by Ben Kingsley). His idyllic existence is threatened by Shere Khan (Idris Elba) – a ferocious tiger with scars testament to his encounters with man – who is determined to prevent Mowgli from becoming a man. Favreau’s film broadly follows the plot of the original, this time using stunning CGI to realise the animals in astounding detail.

The film’s opening scene sets the tone as Mowgli races through the jungle, an environment which is just as beautiful as the talking animals who move and, ironically, speak, with great realism. The CGI fur on the likes of Baloo and Mowgli’s wolf mother (played by Lupita Nyong’o) ruffles and reacts to Neel Sethi’s touch with genuine believability. There was no need for the film-makers to put Sethi in a cage with a real bear and incur the wrath of health and safety: the computer technology in creating the animals is flawless.

The first slinking glimpse of the imposing Shere Khan prepares you for the baritone voice of Idris Elba who gives a rumbling performance: if tigers could speak, they’d all sound like Elba. Ben Kingsley is equally as well-cast as the considered and wise guardian of Mowgli, and plays well against the laid-back, honey-loving bear Baloo, playfully voiced by Bill Murray. All these characters are set within the enveloping and ever-changing jungle, and Favreau (who also directed the first two Iron Man films) has certainly created a wondrous landscape for Mowgli to roam.

Although not a musical, the film does feature two of the iconic songs from the 1967 version (The Bear Necessities and I Wanna Be Like You) and blends humour with well-paced action which, during an exciting wildebeest stampede, draws on another much-admired Disney classic, The Lion King. Newcomer Neel Sethi bears an uncanny resemblance to his animated counterpart as he swings, climbs and jumps his way through the exotic and striking jungle, and Scarlett Johansson is sufficiently hypnotic voicing the huge snake Kaa. Mowgli’s run-in with King Louie (voiced by Christopher Walken with inflections of a Chicago mobster) makes for dramatic viewing which is equalled in the film’s denouement.

It is a film which explores themes of growing-up, identity and family with a warm heart and certainly offers something new to a modern audience. A paradoxical blend of twenty-first century film wizardry and good, old fashioned storytelling, The Jungle Book is the perfect example of a remake which not only does justice to the original, but builds upon its history to create something truly magical.