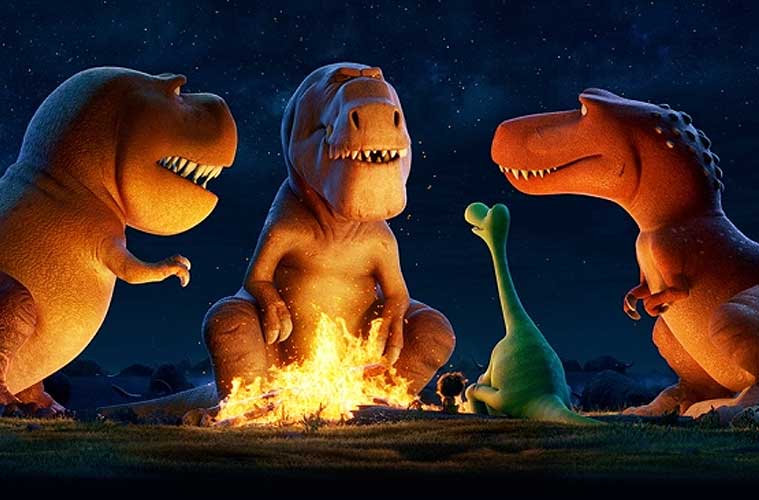 Last year Disney and Pixar released perhaps one of their most interesting and complex films, Inside Out. There are many articles and posts online from parents and teachers explaining how this film has helped their children to express their emotions in a new way like never before.

The same producers from Inside Out have once again created what can be seen as another revolutionary animated film in The Good Dinosaur.

Don’t get me wrong, Arlo and Spot are both lovable and hilarious but their story is pretty standard. I’m sure children watching will absolutely love the tale, but to me it seems to be a combination of The Lion King and The Jungle Book, but the animation in this film is absolutely incredible and appeals to all ages.

I think this is one of Disney’s most fascinating films visually with wide panning shots of vast landscape and dazzling effects of rippling water. Animators leave little to the imagination for viewers, even to the extent that it is easily forgotten that this is an animation. If this film was Pixar’s way off showing off what they can now do, they’ve done it incredibly well.

This is truly breathtakingly beautiful and I would advise anybody of any age to watch this simply to appreciate how far animation has come in the past 20 years. This has become one of my favourite Pixar films and I cannot wait to watch it again.