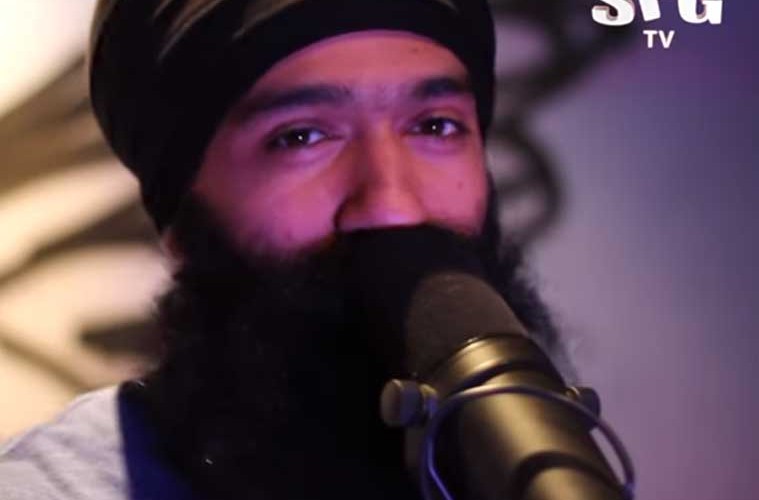 Taking Hip Hop to a whole new level, L-Fresh The Lion has stripped down his song ‘Survive’, making for a powerful, yet thought provoking mix on the channel. Being a young Australian, Sikh rapper, his music has been influenced by the late 90’s/early 2000’s era of Hip Hop.

Born in Inglewood, California, Evan Taylor Jones has brought his soulful singer/songwriter style to SPGtv with his original track ‘Alike’. Just himself, his guitar and a camera man in the middle of a madly busy Manhattan, Evan conducts a mesmerising performance and get’s an incredible response.

What a voice! Julietta stages a hair-raising, in depth cover of Major Lazer – Be Together on a soaring roof top in New York, and this version will change the way you listen to the EDM track forever. We’ve belted this tune out a few times to say the least.

Straight out of London, Cheekie Bugga is a Hip Hop lyricist looking to take the industry by storm with his original track ‘My Colour’. In a perfect combination of rapping and singing, this tune boasts about how important it is to be an individual and embrace who you are. Superb lyrics, speedy rapping and a genuinely brilliant guy, Cheekie Bugga is one to watch!

British singer/songwriter Hope Murphy has blessed SPGtv with her original track ‘Killed The Love’ and it’s an absolute banger. In a style which she’s described as trip hop mixed with soul, and a side order of electronic RnB, she smashes the performance with her striking vocals, and keeps a real bassy vibe throughout.

Feelin’ Good? Well, you will be after you listen to this empowering cover of the vintage Nina Simone track by Just Millie. At five foot tall, and only aged 20, this girl can really pack a punch with her vocals, and it’s no doubt she’s already had some renowned success. Championed with a 13th spot on iTunes for her debut song ‘Spanner in the Works’, as well as being compared to Ben Howard, prepare to be enchanted by Just Millie and her acoustic guitar.

Keep a look out for more great music and SPG TV Updates coming your way!