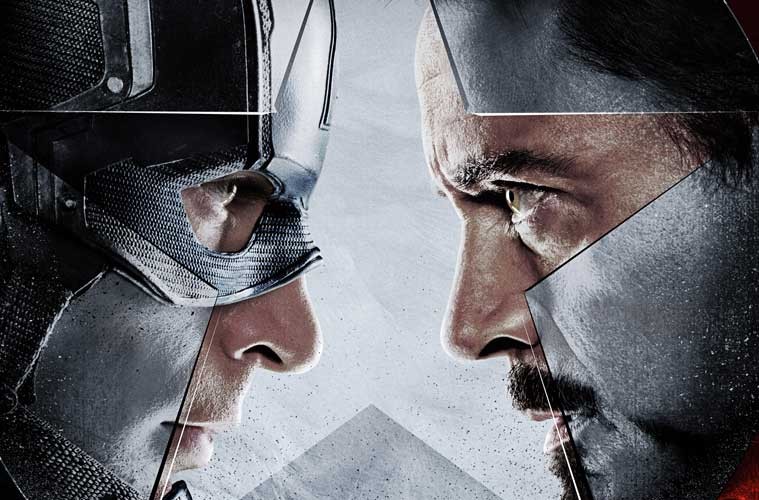 If you’re a certain type of person, hearing someone confuse Marvel with DC Comics is enough to make your ears bleed. The two comic publishers dominate the market with household names such as Superman (DC, I’ll have you know), Spiderman (Marvel!), Batman, the Hulk, Catwoman… I could go on. These creations have spilled from the page onto the big screen in a tidal wave of latex, muscle and capes, and comic book heroes are big box office business.

Many of these films are well-received by critics and some (Christopher Nolan’s Dark Knight trilogy, for example) are praised as some of the best films of recent years. The Captain America series, in contrast, is a much more low-key affair – especially when compared with other titanic films from its comic genealogy such as The Avengers. The latest outing for the Second World War veteran, however, is a bold and intelligent film with a frenetic energy which grabs you from the start and never lets go until the credits roll…

The main strength of Captain America: Civil War lies in its ensemble cast, headed up by Chris Evans as Captain America/Steve Rogers. It would be both unkind and unfair to say that Chris Evans’ screen presence is about as magnetic as the lead piping from a Cluedo set, but when he shares a screen with Robert Downey Jr. as Iron Man, it’s hard not to think that the film should really be called Iron Man: Civil War. Evans does a neat enough job as the shield-wielding superhero and his biceps definitely bulge in all the right places. But his performance merely blends in with the rest of the cast, perhaps unsurprisingly, given the A-list billings.

Directed by Anthony and Joe Russo, Captain America: Civil War sees the collective resolve of the Avengers being fractured when a case of collateral damage during an operation in Lagos draws worldwide condemnation. Under mounting pressure for the Avengers to come under the strict control of the United Nations, the superhero team is split about its future. Captain America refuses to become a political weapon and makes a stand against control together with the Winter Soldier (played by Sebastian Stan), Hawkeye (Jeremy Renner), Falcon (Anthony Mackie) and Scarlet Witch (Elizabeth Olsen). In contrast, Iron Man believes that it’s about time that the Avengers became accountable for their actions, and together with Scarlett Johansson’s Black Widow, Don Cheadle’s War Machine, Paul Bettany’s Vision and Chadwick Boseman’s Black Panther, he sets out to bring Captain America into line. Even Ant Man (played Paul Rudd) joins in the fun.

Such internal conflicts play into the hands of an evil (if slightly understated) German agent, nicely played by Daniel Bruhl, who is intent on controlling the Winter Soldier using a hypnotic technique developed by the Russians at the start of the 1990s. And this is the plot which underpins a film which will please fans, showcasing as it does Marvel’s particular blend of action and humour. Action sequences are essential to any film such as this, and Civil War offers gripping, well-designed set pieces throughout. Save for, perhaps, one fight on an airport runway, the film avoids the bang-crash-whallop of mindless mass destruction fights (like the one which saw Superman practically destroy a whole city at the end of DC’s Man of Steel) and uses cinematography to exciting effect.

Set against this, the moments of down-time offer much-needed breathing space from the zany action which zips around the world, from London to Vienna and Siberia. Even Martin Freeman doing an American accent seems to work in this playful Marvel universe. It may be a little difficult to keep track of who’s on what team, but this doesn’t detract from the entertainment.

Despite its long running-time (coming in at 2 hours 27 minutes), proceedings never drag and the characters coalesce into a very watchable (and likeable) gang of squabbling superheroes. Even amid the punches and force fields, the script finds time for funny one-liners, and Downey Jr. is on top form as the man in the Iron Suit. Indeed, one of the film’s best scenes sees Iron Man track down a young boy named Peter Parker (ring a bell?) and make fun of his spider suit “onesie”. It’s a nice touch and one which – along with a cameo from Stan Lee – will delight fans. The plot twist towards the end brings the thematic strands of the narrative together and ends on a satisfying note. Revolutionary, this film is not, but it is easily one of the best superhero films of recent years. A crowd-pleasing and competent romp of a film the folks at DC…sorry Marvel. MARVEL.