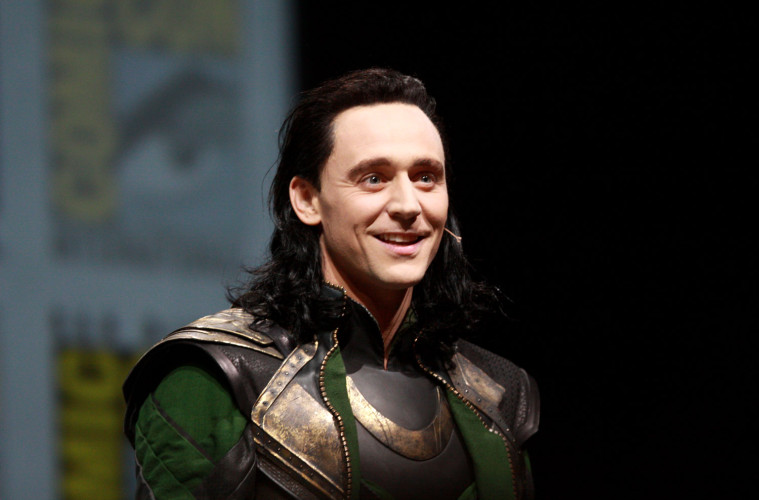 So far Tom has denied everything but over the past week bookmakers have suspended betting on the next 007 as Tom has become 1-2 favourite amongst customers after he has reportedly been spotted meeting with Sam Mendes, the Bond director.

If you have some how managed to not catch any of Tom’s previous performances here is a list of some of his best:

Loki:
In Marvel’s Thor, The Avengers and Thor: The Dark World you can find the mischievous but oddly compelling Loki who has become a firm favourite in the eyes of Marvel fans. In these films you can find Tom playing with his darker and more villainous side in an incredibly lovable manner.

Captain James Nicholls:
In Steven Spielberg’s 2011 film adaptation of War Horse Tom plays opposite another British heart-throb, Benedict Cumberbatch, as Captain James Nicholls. Captain Nicholls is a British Cavalry officer who buys Joey from his owner with the promise of returning him back home safely after the war. Although he may not be in the film for long, Tom gives another lovable and moving performance.
And my goodness he looks good in a uniform.

Coriolanus:
In 2014 Tom played the title character in National Theatre’s sell-out run of Shakespeare’s Coriolanus at the Donmar Warehouse. Through this role he was nominated for a Best Actor Award at the 2015 Olivier Awards.
This show was the hottest ticket in town and so was broadcast live to cinema audiences around the world. This production is still immensely popular can is often rebroadcast to cinemas. Check on the National Theatre website for the next showing of this fantastic production.

Jonathan Pine:
Earlier this year Tom stared in BBC One’s adaptation of The Night Manager alongside Hugh Laurie and Olivia Colman. Jonathan Pine is a former British soldier who has become a night manager at a hotel in Zurich when he becomes entangled in the world of Richard Roper, a billionaire criminal who traffics illegal arms and drugs. The only issue is that he is acting as a spy for a small counter arms proliferation office back home in England who are trying to catch Roper.
Both this TV series and Tom were absolutely remarkable and absolutely gripping from start to finish. It’s easy to see why people online are calling this Tom’s “Bond Audition”.

If the rumours are true and Tom is the next 007 I am extremely pleased for him as he is getting the recognition he deserves.

I think he will make a truly fantastic Bond as he is charming, suave, and an truly remarkable actor.

If the rumours are true, it looks like I will be going to watch my first ever Bond film!