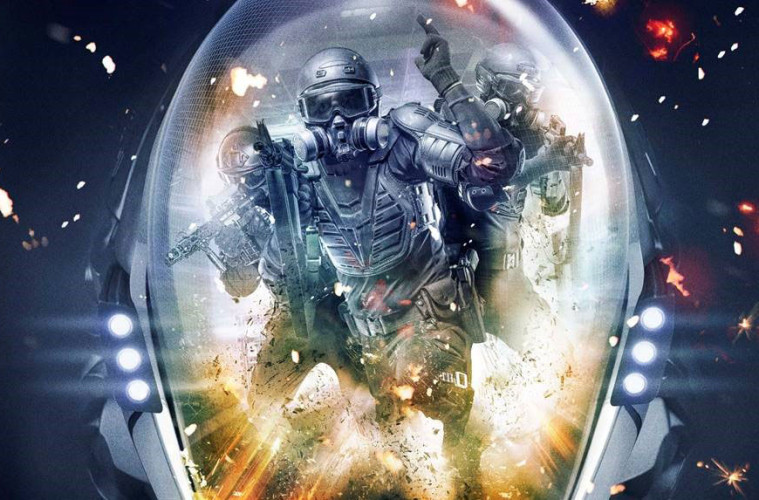 Interview: Ali Cook- The Call Up

We spoke with Ali Cook prior to the release of The Call Up.

In 2014 you were in Kajaki and this year you’re in The Call Up, both war films but in very different ways, did your experience with Kajaki help with The Call Up?

It did in terms of looking like you knew how to hold a gun, get into a room, in other words how to look like a real soldier because we were actually trained for Kajaki. We had a week’s training otherwise yeah it’s not that easy, because it’s not as easy as just walking down a field holding a gun, there’s a lot going on when you’re patrolling so obviously we were trained by real soldiers yes, so that only made it easier in the sense that in The Call Up I’m meant to be someone who is good at the game. It would’ve been a problem if I was one of the other characters who actually had to look humbling. For example the character Douggie played had to look like he hadn’t got a clue what was going on.

Is that why you were given the role you were?

I think you’re usually given roles because of your look and your physicality so even though they were two very different roles, I lost quite a bit of weight for The Call Up and got a very smart hair cut and I was wearing chinos and a pink shirt and I looked very much like a city boy. When I was in Kajaki I was a muscle bound Northerner covered in tattoos so it does change accordingly.

What was the rest of the cast of The Call Up like to work with?

Really good! We all got on really well, we were all in Birmingham for 8 weeks and it was non-stop because we were filming 6 days a week and because it’s a computer game that means everyone is in every scene unless of course they’ve already been killed off for the scene. It was one of those ones where we were just stuck in these office blocks with each other for weeks on end so we all became very good friends.

Was there anyone you didn’t get on with as well?

No no no I mean both The Call Up and Kajaki actually I’m still very good friends with lots of people I met from both projects.

I can imagine it’s always easier working with people you like. The most part of the film is visual effects; when you watched it back did you think “oh I wish it was really like that”.

You’ve got to remember when you’re doing a film with lots of visual effects, you might be staring at a stick with a green sticker on it and you’ve got to imagine that this is travelling boar or you’re looking at a car park and they’re like ‘you’ve just got to imagine guys that this car park does actually look like something from Call Of Duty.’ There’s a scene in Kajaki where we’re being attacked by the Taliban, but you know, we aren’t being attacked by anyone, just in front of me is a lighting man drinking a coffee so that’s the job, that’s what you’ve got to do. Particularly with The Call Up it’s so much a special effects film that it really is great to see it back. It really is very exciting. Just seeing how things work out as well and how things play. I think one of the things with the film is that its unbelievably collaborative a film, you can’t underestimate it. Another great thing no one really talks about in The Call Up is they’ve got a fantastic composer. The score he wrote really adds a lot of tension. So it’s just nice to see how it all figures out, when you’re acting it’s just one part of the big game basically.

Was it as intense to film as it looks?

Yeah, well most British films are very intense to shoot because there’s never enough money. Kajaki we were filming in a desert 12 hours a day and in The Call Up we were wearing lycra suits in a disused bank for a lot of it and you’re just frozen all day. I shot them almost both back to back so it was quite an extreme changeover.

When you’re filming such a serious role, are there a lot of outtakes?

Yeah I mean sometimes, that’s another thing there’s not much room for error because they have to move on so quickly. It’s all down to budgets but I think a lot of people think that a film is a lot of luxury but unless you’re doing a huge studio film weirdly the pressure is much harder for everyone involved because you don’t have much space for error. You might only get to shoot a scene twice and they have to move on because they have no more money. The one thing we had for The Call Up, we had a two week rehearsal process before we started filming and the same in Kajaki as well we did a similar thing and it does make a huge difference. You turn up on set and there’s no guessing, everyone knows exactly what they’re doing.

How long roughly would you say it took to film?

The Call Up was about 8 and a half weeks.

Wow, that’s quick; mind you it is all just set in the same location isn’t it?

Have you got any more films/roles coming up?

Yes, I’m lucky enough to be working with Noel Clarke again in another sci-fi film coming up the back end of this year and also I’m going to be in a period drama, gangster film as well, I was in an episode of Mr Selfridge about a year or so ago, I must just have one of those faces that seems to suit period dramas, an old fashioned face I think they call them.

Well because I’m also a magician I think my dream role would be to play a magician in a film about magicians so it’d surely be the perfect match.

Oh wow, umm, well if it was a fantasy it’d be the director David Lynch really. I was a huge fan of the creepiness of things like Twin Peaks and Mulholland Drive, I don’t even know how they do it, how they manage to create that kind of feeling. It’s incredible. It’s beyond good really. It’s something only a few people understand how to do I think.

You already said that you’re a magician but is there anything else you do other than acting?

I do perform in a lot of comedy clubs most of the time and then when an acting job comes up, I go and do it basically.

What my best joke? Wow that’s an impossible one to answer. The problem is nowadays when you do a joke a bit out of context it’s always a bit ‘eh?’.

Last question, what are the rest of your plans for the year?

I’m writing a script and always doing my stand up and then those two films which will take a lot of time.