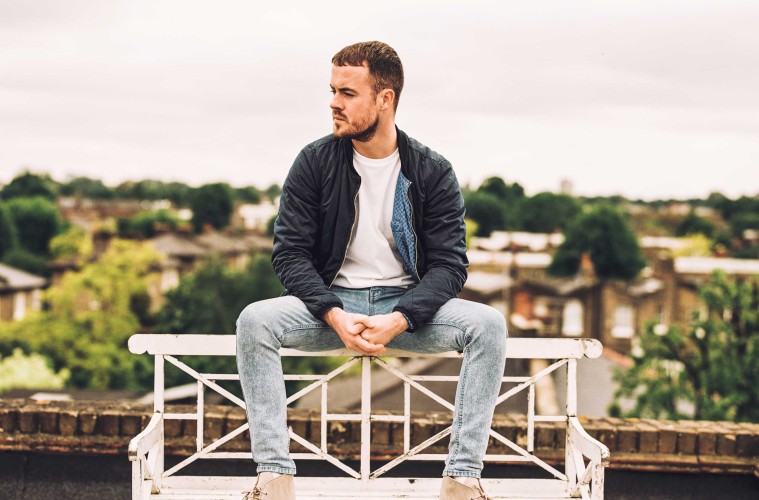 It’s been three years since we last heard from Michael Stafford aka Maverick Sabre, who emerged in 2012 amid a lot of hype with his debut album Lonely Are The Brave. After taking some time out to travel he’s back with a new album and UK tour. We sat down with the singer and rapper to discuss his time out, his return and new sound.

How important was it to take control of the “difficult” second album? You can look at things in different ways, you could say I stepped back for three years and lost momentum a little bit. But even if I decided to put out a record when the label wanted and I made double the money compared to the first record, it wouldn’t have paid for what I learned travelling in those three years. It was just me trying to better myself really.

Was it hard to have the hype and success and then take a step back? You know what, I still go to the same pubs I used to and I don’t need any kind of security around me. But you do notice the small things like the mates around you – taking a step back sharpens your view. The past three years helped me realise who in my circuit was affecting me in a negative way.

When did you start writing the album? I was hungover from a stag do in Barcelona when I wrote the first tune for the album. I was able to write the song from a logical sense instead of an emotional one. I began to understand things differently and that was kind of the trigger for the rest of the album.

Do you find songs like Breathe help your personal well-being as well as your music? I used to find it hard to articulate these thoughts so I would get angry or over emotional, so music was like my clarity. It is a great therapy session and my music is a diary of my life. Even when I perform the songs that I might have written three or more years ago, I still find the process therapeutic.

During the break you travelled to India and Africa, did this influence your song writing? It definitely influenced me. In turn that has influenced how I am around people, the way I am inside and the way I write. The break has made me more open, and to travel with an open mind. I think if one of these locations hadn’t affected me so much then I wouldn’t be in the place I am right now.

Do you think more artists might benefit from taking the break that you did? I think it depends what you take it for. If you take it to go and get absolutely f*cked, then maybe not (laughs).There’s a lot of people I know that I could say “I think you could take a break, just go and forget all this for a minute. Bring your guitar, whatever you need. Go write music somewhere and figure out what you want to do in life.” Once you get into this little rat race it can spit you out very quickly and if you’re not sure of yourself you can be left thinking “What the hell happened these last couple of years?” with nothing and no foundation to go back to.

Innerstanding features artists Chronixx and Joey Bada$$, why did you choose to work with these two rappers in particular? At the time of my first album, I was looking around to see if anyone would collaborate and fit in with what I was trying to say. I’ve got a lot of different friends in the music industry but at the time there was no one that I felt represented what I was trying to do with my music. When I was writing the second album, I was connected quite closely to Joey and Chronixx. I’d been out to Jamaica with Chronixx and his family, I’d been to New York with Joey and his family. We became like a unit. Their music fits in with what I represent which is truth and honesty, and trying to have a message within my music and hopefully make a positive change.

You’ve collaborated with a lot of acclaimed artists in their own right, but is there any particular one whom you feel most privileged, or surprised by? The one that stood out and still stands out is the project with Idris Elba that we did. It shocked me because I didn’t really know too much about Idris before. We got introduced by a mutual friend at a festival in 2013 and all I’d known was that he was Stringer Bell from The Wire, but he’s also a massive music fan. He came up to me and he was like “I’m gonna go to Johannesburg and do a music project, what do you think?” And I was thinking “I don’t know, I don’t like the sound of that.” You know, when people are having a drink at a festival you think they’ll say anything, but it’s not actually going to happen, and then a couple of months later he flew me out to Johannesburg and we spent a couple of weeks out there. There were a couple of us writing with him, George the Poet was out there helping with bits and pieces, there was a massive amount of South African local musicians that blew my mind as well, but the whole experience was a shock. From the start when I first met him, I never expected I would learn so much and that moment would make such a big change and brighten my whole life.

You broke through at an early age and you were supporting bigger names like Plan B. How did that affect you as both an artist and a person? I’ve been performing since I was about 14. I was an MC on the Irish hip-hop scene when I was a kid, and because that scene was so small we got the opportunity to support G-Unit, The Game and artists like that. I don’t know how to say it and not sound cliché or blasé about it but because music was around me so much, it was just part of me growing up. It was something that I always wanted to do, it was the only thing that ever really focused me and grabbed my attention or made me feel anything. So coming over here was obviously a great experience, being on the road with Plan B and meeting Cee Lo Green and Snoop Dogg, it was just more learning curves for me.

Has success affected the way you write songs at all or do you still get inspiration from the same kinds of sources? I can’t write about me being on the dole anymore, or me at 18 going through a court case, whereas when I wrote my first album, I was writing in that mindset. I feel like I can still reflect on the same issues and the same feelings, just in different senses. I’ve experienced different things since then so I might not be able to write about the dole queue back in a small town in Ireland, but I can write about going to Johannesburg and seeing the poverty there and seeing how much it f*cking really hit me. I try to put that into my music and make it universal because I want to connect to as many people as possible.

So do you find that the songs you wrote three years ago bring back old memories and feelings? Yeah, with the new record we’ve only recently started doing a couple of tunes live off it that I hadn’t done before. There are one or two tunes that are very personal about a relationship I was in, and even though I’m over that now, it’s not in a sense that they bring back old feelings. I don’t start going “Oh I’m still in love with her!” but it’s like you’re still releasing parts of it. I feel it gives me strength, and that’s because it’s bringing back old feelings, almost like getting rid of them in a sense. It’s still flushing your system out while reminding yourself that you’ve overcome it.

Having worked with Idris Elba, have you thought about venturing into TV and film yourself? I actually had someone approach me to play a stereotypical Irish role, which I was quite tempted to do. I’ve always wanted to do a bit of theatre. I was the only kid in my class who could sing so I got thrown into everything. So you never know, but right now I’ve got a lot more to do in terms of my music before I start thinking about that. If they bring out a Snatch 2 and they want Mickey’s younger brother though, I might be able to fill in there.