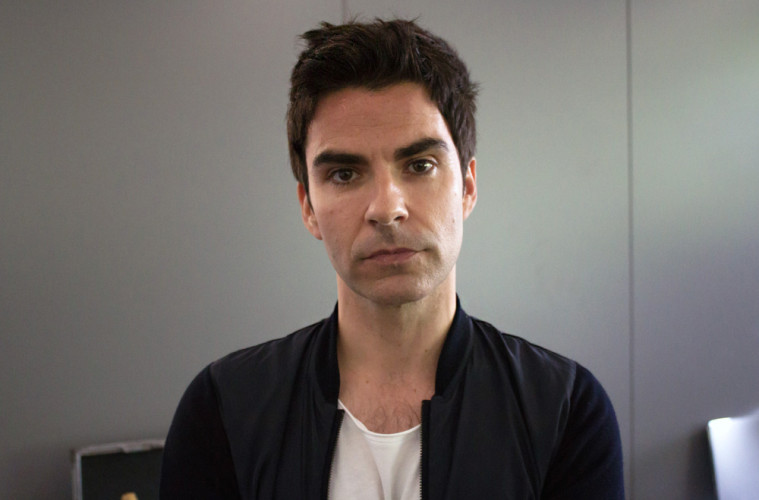 We spoke with Kelly Jones, vocalist of Stereophonics, before their show in Norwich at the UEA LCR last weekend. Stereophonics are coming up to their 20th year as a band and have already released 9 albums.

This show is tiny compared to the shows you normally play. Does it feel weird to play a smaller venue?

Well it’s the first one we are going to be doing since January. We went back to Paris in January to do the shows that were rescheduled after the events that happened over there. We’ve been in the studio for the last few weeks so it’s nice to be out to be honest with you, it doesn’t matter about the size of the room. I’m just looking forward to playing again.

Do you do anything differently for intimate gigs?

We’ve been rehearsing this week in Brixton Academy for a few days which was quite nice because we never normally get the opportunity to rehearse actually in a venue, it’s usually like a dead dry horrible room. We did lots of old songs, we’ve rehearsed lots of old b sides and we’re going to do a mixed bag of stuff tonight from the last 9 albums.

The tickets for this show sold out in minutes, how did that make you feel?

Well it’s great, I mean we’ve been coming here since 96, 97 so it feels nice to know that the new songs are winning over new audiences really, we look at the front row and there’s people there we are 15, 16 who think C’est La Vie and I Wanna Get Lost With You are our first singles and then they realise there’s another 8 albums so that’s a nice feeling. I think when we were growing up we looked up to Red Hot Chilli Peppers, Green Day or U2 or whatever they were always trying to do something new in each record and get a new audience. So that’s all we ever try to do really, as long as there is new people finding new music then we keep doing what we are doing.

You did Rave and Ride yesterday, I hadn’t heard of it, looked it up and it looks like great fun! How was it?

It was alright yeah, I mean we do lots of different things from record shops to castles or wherever it is, there’s lots of different things we do, once it starts going, I mean we’ve done a gig on top of a mountain at a ski resort it was quite strange to go up the gig in a cable car, that was the weirdest one I think we’ve done. Only time we’ve ever shouted out “let me see your skis in the air”.

In your live music video for The White Lies, when the crowd lights up like that do you ever feel overwhelmed when you realise how many people you are actually playing to?

Yeah quite a lot, that song we asked them to put their camera phone lights on and it was an amazing thing, the first night we did it, when you see it, it’s amazing, you get taken aback and then you forget you’ve got to actually play. We still get nervous apprehensive before we release a new record, we are very proud of it and we don’t take it for granted for one minute really.

Do you make an effort to go out and meet the fans that come along to the shows?

If it’s in a venue like this, after we leave the show, if there’s people outside of course. If I’m walking down the street and people come up for a picture or whatever everybody has got a camera these days, yeah I don’t mind that.

Have you ever received any weird gifts from your fans?

Yeah we’ve had some weird letters and weird gifts over the years. But I think that’s part of people who get a bit over friendly.

What’s the weirdest you’ve had?

Just really weird letters with a kind of odd, almost religious language, a bit like the movie Seven really which was a bit creepy so that was the only one that actually went into the hands of the police, apart from that it’s been alright.

Is there anything that you haven’t already achieved that you’d like to?

Yeah there’s loads of stuff, we like going to new countries and playing in new places. We’re going to China for the first time this year, we did Russia and stuff like that so it’s just going to new places really. I think the streaming system and the internet way of making people listen to music now allows younger people to find our music where as record companies may not distribute it in those countries.

When you go somewhere like China do you play venues with similar capacities as here?

What are the best and worst things about touring?

The worst part is hanging around, travelling etc because you’ve just got to build up to just two hours every day so we do a room like this so we can at least play a bit in the afternoon, maybe do some writing or the last year particularly I’ve been very conscious to actually go around the cities and actually see some of it because you can tend to just pull up in a van or a bus and just get in, do the gig and get out or doing radio interviews all day or whatever it might be. So that’s the worst part, you go to all these places and you don’t really see much of it. Best part is you do the job you love every day, playing music everyday which I’ve been doing since I was about 11.

Do you ever get fed up with each other or fall out?

We’re alright actually, we still travel together, and I know most bands that came around the same time as us will travel separately. We all still come up in the same bus, we all still go for a beer and yeah we know when somebody is not feeling it and we walk away. We don’t really have any fights.

What about family? Does it make it hard being away for long periods of time?

Yeah, we’ve all got a lot of family, we try to bring them along when we can but again there’s so much time hanging around they get bored. But that’s the hardest bit I guess, we try to go back as much as we can. In the past we would travel across America for 8-10 weeks without coming back but now we go for 2-3 weeks, come back and then go back, so there’s just more flights, more back and forth.

What’s your drink of choice on tour?

It would probably be gin, gin & tonic or red wine. Although I do like a beer at the end of a show because it’s cold so I’ll have a couple of beers and then it depends if we go out or if we mellow it then it’d be gin or red wine.

Yeah it depends if we’ve got a gig the next day sometimes the mellower one could be better.

I don’t know, it’s hard to say really because everything you do gets you one to place that you’re at. Not really, I mean this stuff we could’ve done differently or better or done less of or said less or done less but yeah we’re still having a laugh, still enjoying what we’re doing.

That’s the most important thing that you’re still enjoying it. Last question, what do you hope to get out of the next few years?

Next few years, it’s our 20th year next year so it’s been great to keep making new music and the next year rather than just churning out a compilation of everything we’ve done, we are in the studio doing a new record that we hope to bring out next year, so if we could bring a 10th album out on our 20th year that’d be cool and then just see what happens from there really. As soon as the record comes out we do this for a bit. I like writing some film ideas, maybe do some more of that but I still love doing the music.

That’s lovely, thank you for the chat!

Thank you very much!