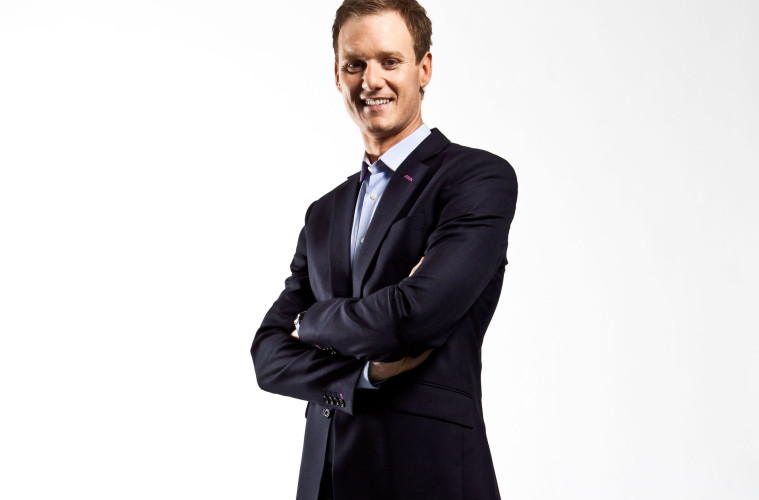 We regularly see him on our TV screens presenting Football Focus and he occasionally fills in for Gary Lineker and presents Match of the Day. We caught up with Dan Walker to discuss who he thinks is going to win the league, his favourite football player and his advice on how to be successful in the media industry…

As well as regularly presenting Football Focus, you occasionally fill in for the legendary Mr Gary Lineker on Match of the Day. Do you feel pressure standing in for such a monumental figure and if the job ever became available, would you take it?

I love doing MOTD when Gary’s away but it’s very much his baby, his chair and his gig. I don’t think you should overlook my credentials though – between us we’ve scored 48 goals for our country.

I honestly never feel pressure. I get a little tingle when I hear the music and the kid inside me says ‘you’re about to present the ACTUAL Match of the Day!’ but that’s it. If you asked me to play the organ in front of 5 million people I’d be worried, but talking football is great fun.

Do you think you’d ever be tempted to take over the Walkers advert? You do have the surname!

It’s meant to be. I cannot believe I haven’t been asked, I feel the need to say that other crisps are available. Just for clarification… I’m not connected to those ‘Walkers’ sadly – I ain’t got that kind of money.

Can you tell us which football team you support and who your favourite player is, or do you have to keep tight lipped?!

Well… my dad’s team is Spurs, but I’m a Crawley boy and watched the mighty Crawley Town growing up and I’ve watched their incredible rise through non-league football. My favourite player to watch growing up was Glenn Hoddle. I asked my parents to change my name to Glenn – they declined. I played golf against him at the World Cup in Brazil. I was 4 up with 5 to play… it didn’t end well.

You’re an expert when it comes to critiquing player’s performances, but are you any good at football yourself?

I’m definitely not the expert! My job is simply to get the best out of the pundits. As a kid I was decent because I was 6ft 6 at the age of 11. I was a giant! I had a few trials, like most people, and played for my county but I am distinctly average & painfully slow. Just ask Alan Shearer. I played against him in a charity game at Wembley and he made me look like a goon.

The ultimate question – Messi or Ronaldo?

Ronaldo is a better athlete, quicker, better in the air, stronger and more dynamic but there is just something extra about Messi. I watched him train in Barcelona once – truly magical. I’m going for the little fella.

Not only do you present football programmes, you have also hosted for a range of other sports, including Wimbledon, The Open Championships, 6 Nations and Ascot! Which one’s your favourite to host and which sport do you prefer?

I am obsessed with golf so The Open is my favourite week of the year. It’s a real pity the BBC have lost the rights but I’ll still be there in some way. I’ve done the last 10 so need to keep the run going.

You studied a degree in History at the University of Sheffield before then going on to study an MA in Journalism. Do you have any advice for any aspiring broadcast journalists and those wanting to get into the media industry?

Practice, practice, practice. You have to make yourself as good as you can be. If you want to be on telly, present in the mirror or on your phone and watch it back. Do it every day. Then, when the opportunity comes you’re already a well-oiled machine. The same goes for print journalism or radio too. Work at it relentlessly.

It’s also essential that you learn how to write well. There are so few people who can nail that side of it these days, so it’s a really easy way to stand out. One more thing, learn how to make a bonza cup of tea. It’s an easy way to impress when you’re on work experience.

You said in an interview that there’s a ‘Very fine line in television between quality and cheese.’ How do you get the right balance and have you ever had an embarrassing moment live on air?!

I fell into a wheelie bin while chasing the model Jordan once! For me, TV is all about making something interesting without being dull, rude or opting for the lowest common denominator. Think about what you’d want to watch if you were the viewer. Cheese is instant turn-off TV. That’s not to say I have never fallen into a cheese-based trap.

You’ve interviewed many interesting people during your career. Who have you most enjoyed interviewing and have you ever been star struck?

Never. They are just people. They go to the toilet like the rest of us! I’ve had some amazing opportunities and been all over the world interviewing prime ministers, sport stars, royalty and everyone in between. I’ve only ever asked one person for an autograph – that was Pele. Doing a show with our troops in Afghanistan at Christmas was amazing but the most humbling experience I’ve ever had was filming a documentary about Avram Grant’s family. 15 of them were killed in Auschwitz during the Second World War. It was brutal, emotional and heartbreaking, but something I will never forget.

Obviously your job very much revolves around you talking about sport. Is your personal life equally as sport related? Do you try to watch as much sport as you can and is it something your whole family are interested in?

I have 3 kids and they are far more interested in Kung Fu Panda than Football Focus. They did get excited when I read the CBeebies bedtime story. I try and see what I can, where I can, which is normally huddled over an iPad while my wife is watching some terrible American thing. My kids do love the Olympics but sadly we haven’t shared that experience because they’re at home and I’m always attending them.

As well as being on our screens, you also have your own radio show on Radio 5! Is there anything else you’d like to achieve in your career? Strictly Come Dancing perhaps?!

I get asked about strictly a lot. It’s a great show, I love watching it and I think Zoe Ball is bordering on genius on It Takes 2. I have 3 reasons for not doing it… talent (lack of it), time (lack of it), height (far too much of it). With my wingspan I could cause some serious damage.

Thank you for your time Dan, it was great talking to you! You too!