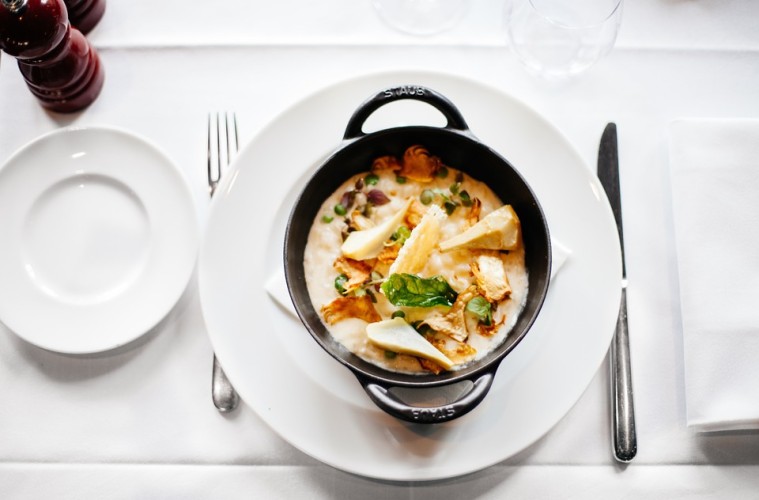 5 Reasons To Own A Slow Cooker

It’s winter. It’s cold and miserable outside. If you need inspiration for that essay on Stalinist Russia just look at any town centre during January. But I’m happy. Wanna know why? Because I have got a massive pot of stew waiting for me at home. No, I don’t have a butler. No, I do not live in a fancy restaurant. I own a slow cooker. And my life is frickin’ magical.

1)  You have hot food waiting for you when you get home.

Here’s how slow cookers work. You throw a load of food in them, turn them on and then a few hours later, holy-hell you have a huge pot of delicious stuff to eat. You can put stuff in them in the morning and when you come back after lectures starving hungry your food is RIGHT THERE WAITING FOR YOU TO SHOVE IT INTO YOUR FACE. OM NOMNOMNOMNOM!

2) They are cheap to run

Having a slow cooker plugged in for 8 hours uses up MUCH less energy than one hour with the oven switched on. Electricity costs around 15p per kWh, so using an oven for an hour to cook your stew will cost around 30p – depending on your temperature. A slow cooker, which uses around 0.7kWh over the eight hours cooking time as an average will cost a third of the price, at 10.5p. (Source: Telegraph Sophie Christe 22 Nov 2013)

Cooking things for ages can really bring out the flavour. Vegetables can break down and become delicious soups. Lentils, chickpeas and barley are all fairly bland and cheap ingredients- but when put in a slow cooker for a few hours they can REALLY taste good. Trust me. You can also freeze things if you have extra portions for super thrifty nommings.

4) There are a TON of easy recipes out there.

You know how Google works. There are entire online communities out there dedicated to slow-cooking. While you might not want to dedicate your whole life to this appliance, you can still benefit from load of recipes for a massive range of dishes who’s hardest step is “throw the stuff into the slow cooker”.

5) They aren’t even that expensive!

Yes, you can spend a million quid on slow cooker. But just like every kitchen gizmo there are a massive range of different options.  Argos do one for less than a tenner for a low-end model. If you are really strapped for cash- club together with housemates to get one. Making meals together will also make things cheaper, and eating good hot food together will make it taste a million times better as well. Trust me.