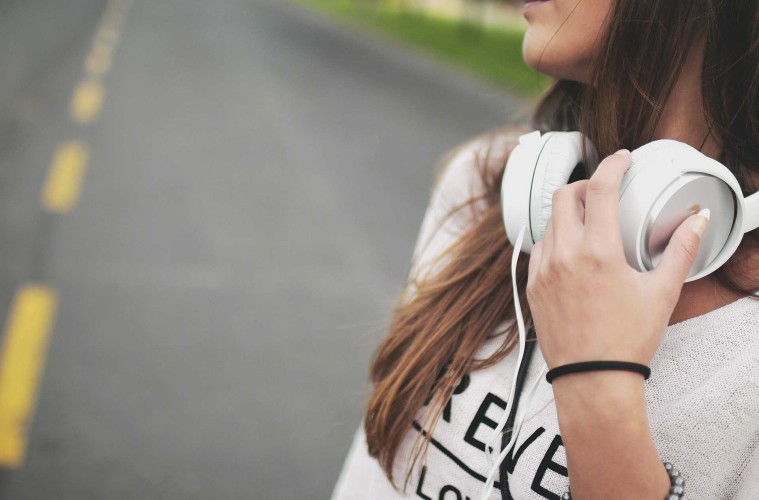 Top Podcasts To Listen To While Travelling

What do you do on your way to Uni? Most people will listen to music or to the radio. But I want to suggest something new which can make you smile and laugh on your way to a 9am lecture.

I’m an avid podcast listener. some of you probably are as well. I listen to a lot and some of them I have done for a long time (since 2009) some for a very short time and some that just don’t exist any more.

Here is my run down of podcasts that are guaranteed to make you smile like an idiot while trying to hold in a laugh on a busy bus on a Monday morning.

Comedy Bang! Bang! – Hosted by Scott Aukerman and based on the weekly TV show of the same name. Each week Scott will talk to a guest as a fictional version of himself. The guests, usually a celebrity or someone from the entertainment scene will spend some time chatting with Scott before any number of comedy characters could turn up. From John Lennon to Ho Ho the naughty elf. From that point on the show could go anywhere. No matter what this will always have laughs throughout and is a genius take on the interview format and helps you see a side to people you’ve heard of in a completely new way. And if you haven’t heard of the person there isn’t a better way to find out if you like them.

Harmontown – Dan Harmon (Creator of ‘Rick and Morty’ and ‘Community’), known for his odd and often controversial look on life records his live 2 hour show every Sunday and sends it out into the world. If you’re a fan of anything Harmon has written for, produced or brushed passed on his way to the bar, then you will enjoy Harmontown. I concede that the unstructured conversations can go on unfollowable tangents and sometimes down dark alleys, but then Dan will start to rap about ducks and everything is okay. This might be one of the harder ones to get into but it is well worth it.

The Football Ramble – On of the first podcasts I ever downloaded and to this day I listen every week, and if I have nothing else to listen to then I will go back and listen to old episodes because, even though the landscape of football has changed. The way that the hosts interact with each other and try to articulate their opinions as well as trying not to go off on tangents (something they rarely achieve) is reason enough to have listened to the same episode multiple times. Marcus, Jim, Luke and Pete take a sideways look at the Football world and litter their thoughts with references to mostly 90s pop-culture. They look at the lighter side of football while taking shots at the various hate figures by mainly telling them to “get in the sea”. This one might not be the best listen if you aren’t invested in football but even if you don’t know what they’re talking about the likelihood is that neither do they.

The ‘Sanspants’ Network – Former University students from Australia sit around and talk for a while, they never stick to the proposed topic but it will always remain hilarious. This is a new find for me and featured on Apple’s featured podcast list for this year. ‘Sanspants’ have a lot of shows under their belt including; ‘Shut Up a Second’ which takes a random word generator and will talk about whatever comes up for an hour (trying very little to stay focused) and their second main project ‘Plumbing the Deathstar’ where the hosts will take pop culture questions (e.g. ‘How does Thor get a haircut?’) and do their best to come up with the best answer – they are usually more comical than practical. While still trying to get a handle on the format and beginning to pave their way into the big leagues this bunch of Aussies will keep you laughing the whole way through

The Nerdist –  Now at over 750 episodes and releasing 3 shows a week Chris Hardwick has become a staple of the podcast world. Every episode sees Chris and co-hosts Matt Mira and Jonah Ray chat to celebrities for an hour. And the way this podcast can hook you isn’t just the guests they have on (I’ll come onto them soon) but the way Chris (and Matt and Jonah) manage to get comedy out of every episode and help you to see the human side of every guest. The guests. Since episode 700 just some of the people Chris has spoken to include Sir Ian McKellen, Kevin Bacon, Sir Patrick Stewart (in his second appearance), Elijah Wood, Rob Lowe, Nick Hornby, Daniel Craig, Daniel Radcliffe (in his second appearance) and Quentin Tarantino. And isn’t like this is a recent take off, past guests include Tom Hanks (twice), Tom Cruise, Stan Lee (twice) and the list goes on and on. Not only do listeners always come back to hear their favourite celebrity or discover someone new they haven’t heard of but guests come back as well and that for me is the show of how good this show is. This podcast is the perfect example of how to interview. Please listen to this show, you will not regret it.