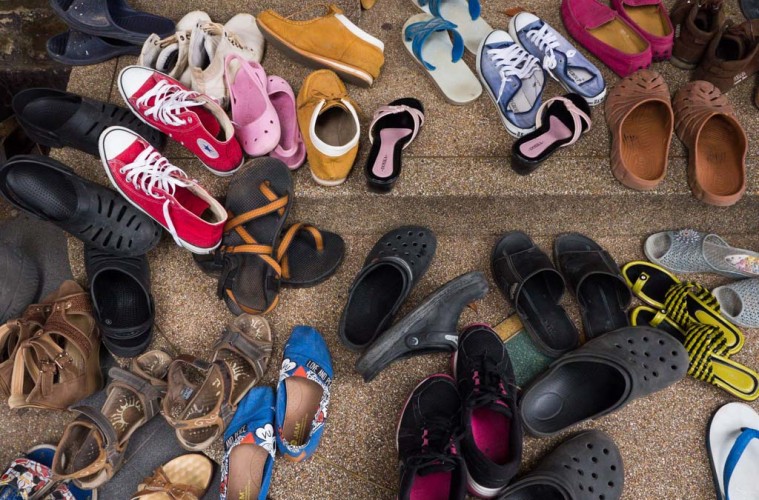 The Unwritten Law of Flip-Flops in South East Asia

All backpackers going through South East Asia must abide by the following law, referred to from now on as The Law. Any backpacker failing to abide, will result in swift, relentless seizure of flip-flops and possibly even further unoccupied pieces of clothing depending on the seriousness of the misdemeanor.

Unless in the absence of morals, The aforementioned Law applies only if ones own shoes were stolen. However, it is common for said backpackers to bend The Law. In occurrences such as these, backpackers have been known to take a fellow travellers flip-flops by cause that their previously swapped flip-flops turned out not to fit according to how he/she had hoped, or the flip-flops were an undesirable colour in the light of the next day. Due to this it is recommended that backpackers pay more attention when becoming inebriated at bars and choosing shoes once exiting the establishment.

For those of you who choose not to believe and/or participate in The Law, this omission of beliefs does not protect your own belongings. In the case of non-believers, flip-flops being stolen will result in non-believer necessitating to purchase a new pair of flip-flops by their own accord.

This sign writer is from now on in exempt from any responsibility of flip-flops or other items of clothing which may have been borrowed or stolen. It is encouraged that all backpackers experiencing the loss of flip-flops to keep an eye on the feet of fellow travellers in case of reuniting with missing shoes.