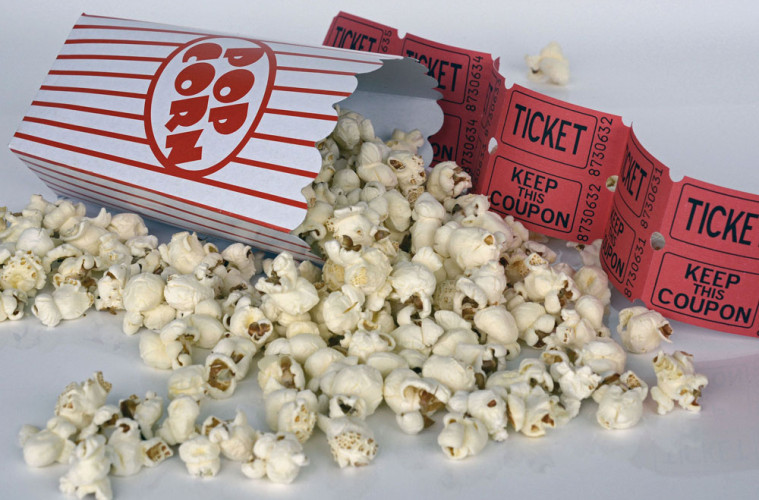 Summer in the Cinema

The summer cinema release schedule is always an interesting one, as studios try to tempt you out of the glorious sunshine (on the odd occasion that it appears) and into the cool darkness of your local multiplex. Here we take a look at some of the upcoming releases due to hit cinemas over Summer 2k16.

The aliens are back. And angrier. Set 20 years after the original – and now cult – film, Independence Day: Resurgence sees much of the original cast return, including Jeff Goldblum as super computer scientist and earth-saviour David Levinson. There’s no Will Smith this time, although Liam Hemsworth fills this young star void, playing a fighter pilot. Expect lots of special effects and mass destruction which will have insurance companies weeping.

The Legend of Tarzan (6th July)

It’s time for Alexander Skarsgård to get his shirt off and utter the famous words “Me Tarzan, you Jane”. Well, maybe not quite, seeing as the line is actually a misquotation and never featured in any of the original films or stories. Nevertheless, The Legend of Tarzan boasts an impressive cast including Samuel L. Jackson, Margot Robbie, Jim Broadbent and Christoph Waltz, and is directed by the prolific Harry Potter director David Yates. And don’t worry, Phil Collins is nowhere to be heard…

The sisters are doing it for themselves, and this reboot features some of the finest of Hollywood comediennes. Director Paul Feig is joined by Melissa McCarthy (whom he directed in Bridesmaids, The Heat and Spy) as well as Kristen Wiig, Kate McKinnon and Leslie Jones who, together, make up the ghost-fighting group. The first trailer was released back in March, and despite going viral, gathered a fair amount of criticism for its racial politics.

Both the book and the 1989 animation of The BFG hold a special place in the hearts of millions, and it seems certain that under the steady hand of Steven Spielberg, this latest version shouldn’t disappoint. Starring Mark Rylance in the title role, expect lots of snozzcumbers, frobscottles, whizpops and scary giants like Bloodbottler and Fleshlumpeater. If nothing else, Roald Dahl had a great vocabulary.

After a brief hiatus, Matt Damon makes a return to the franchise which, arguably, influenced the gritty realism seen in recent James Bond films. Forever on the run, Jason Bourne resurfaces just as the world is faced with a new threat, and sets out to discover the truth behind his past. The great Alicia Vikander also stars in the film, as does Tommy Lee Jones and Vincent Cassel. Keep running Jason!

Perhaps one of the most eagerly-anticipated films of the summer, Suicide Squad promises to be a visually-arresting and dark superhero treat. With an ensemble cast including Will Smith, Jared Leto, Margot Robbie, Viola Davis and Cara Delevingne (who is developing her acting career outside of modelling), this antihero team is tasked with, you guessed it, saving the world. This is the first non-Batman film to star the Joker, and it will be interesting to see how Jared Leto takes on the role after Heath Ledger’s influential performance.

Also released: If you’re not a fan of the original TV series, you’re probably not going to like Absolutely Fabulous: The Movie (1st July), but the fall-out from Patsy and Edina accidentally killing Kate Moss (yes, you read that right) will be sure to delight fans. Ice Age: Collision Course (15th July) will add a bit of a chill to the summer, as will the cold darkness of space in Star Trek Beyond (22nd July) which will see Chris Pine and Zachary Quinto in those famous roles of Kirk and Spock. Finding Dory (29th July) is the much-awaited follow-up to Finding Nemo and stars Ellen DeGeneres as the loveable Dory. Zac Efron’s next film is Mike and Dave Need Wedding Dates and he teams up with Adam DeVine and Anna Kendrick in this brash comedy (12th August). Sticking with comedy, David Brent: Life on the Road reunites us with the awkward and cringe-inducing character created by Ricky Gervais (19th August) and, if that’s not your cup of tea, the remake of the classic film Ben-Hur (26th August) charges its way into cinemas at the end of the summer.