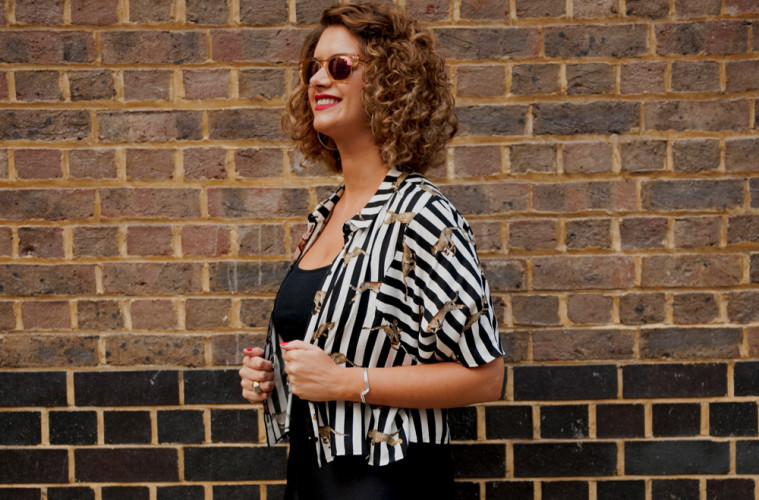 Emily Rawson is one of the UKs most in demand DJs and promoters, she has DJ’d for some massive names such as the Kardashians, Kanye West and Rita Ora.

How and why did you first get into DJing?

I’d always played instruments & been musical so it was a natural progression for me. Some of my male friends at college had decks & let me have a go – then I was hooked!

You studied at Sussex University, what did you study? Is it still relevant now?

Sociology, it was relevant in the sense to be a good dj you need to be pretty socially aware of the groups & people around you to be able to read a crowd. It’s obviously not a direct link though!

Whilst at uni you were a club promoter, how did you get into that?

A friend & me just loved hip hop & knew loads of djs – It was a no brainer!

What events/clubs did you promote?

The first night was called ‘Beat Therapy’ at two venues – The Vaults & Ocean Rooms. It was a Tuesday night with varied success initially. We stuck at it & became one of the best nights of our kind in Brighton at the time!

Did you have any other jobs?

No, just djing & promoting! It takes up all my time!

You’re the creator and DJ for Supa Dupa Fly known as “London’s best RnB night”. How does it feel for something that you’ve created to be so popular?

Obviously it’s an amazing feeling. But I never get complacent. There are so many people who will try to copy what you do (normally unsuccessfully)! I don’t think people realise how hard it can be to actually be a promoter dj.

Have you had any big names as guest DJs?

Loads from EZ to Jazzy Jeff. We’ve even had Rita Ora play live too!

What really motivates you?

Waking up & doing what a love everyday. Creating parties & experiences that people cherish. Djing to crowds of people that love what you’re doing. The best types of buzz!

When you did break through, as a female how did it feel in a job that is predominantly men?

There hasn’t been ‘one point’ I’ve broken through; it’s all been organic & gradual over the past 10 years. But certainly as the brands (Supa Dupa Fly & Rock The Belles) have got bigger, so have I as a dj.

You’ve DJ’d for some massive names such as the Kardashians, Rita Ora and Kanye West. How did these come about?

Kardashians was through an events company I do a lot of work for. They were the ambassadors for an American product called ‘hair Vitamin’ & they hosted their UK launch party. It was Grimmy & I on the decks. I dj’d for Rita when she played at Supa Dupa Fly 4 years back.

On Sunday 10th July you’re going to be DJing for VIPs at Wireless Festival, how are you going to prepare for this?

I’m doing a mix for them to promo it. I don’t prepare my sets in advance, so just make sure I’m feeling good & looking good, the rest is easy!

What would you say is your career highlight so far?

I’m djing at the Glamour Magazine ‘women of the year’ awards on Tuesday, which apparently is going to have a lot of A-Listers so that could be a new high! Oh, and I’m djing the Nelly concert next Thursday! We’re throwing our first festival abroad in two weeks Supa Dupa Fly x Santorini. It includes parties on the edge of volcano, so I’m saying that’s the highlight!

Finally, where would you like to be in a few years? What do you hope to get from all of this?

Larger festivals abroad for 1000s of people. I’d love to be able to combine my love of music, djing & travel.

DMX – Party up in here