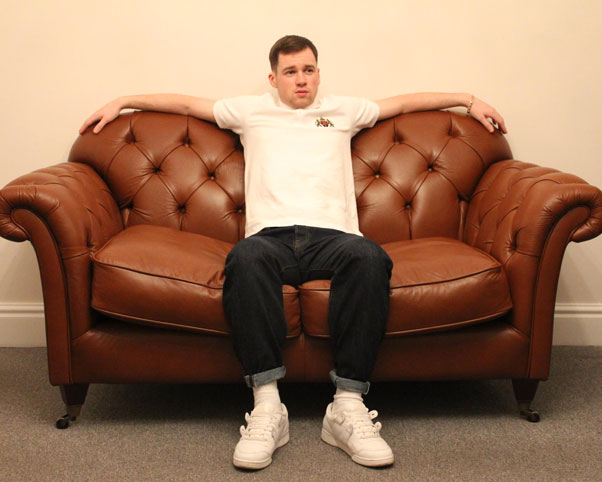 Hey Franko, it was a while ago, but I wanted to start by asking about when you supported Frank Skinner back in 2012 in our hometown Norwich…

It was a big deal, he gave me the nod to play which was great. I grew up listening to The Streets so to get his certification meant a lot. Frank Skinner did such a lot for the UK scene. I’ve been lucky enough to play to plenty of big crowds since, like Radio 1’s Big Weekend, even Wembley Arena, but the buzz from supporting Mike was huge.

What do you prefer? Small intimate gig, or big festival?

It’s great playing the smaller gigs, when it’s sweaty and dark and everyone is there to get down and dirty. Big festivals are completely different because it’s so open and everyone can see you from way back which is great, and you can see everyone moving and having a good time.

Who are your musical heroes?

Mike Skinner and Wiley for sure. And Pete Doherty with Babyshambles and Libertines speaks for English life. It’s great to see him back performing the big stages. I’ll go for the English acts who make you feel good to come from this country. Artic Monkeys too. I’m proud to come from England, home of such great artists and bands.

Maybe a gig at my local with all my mates would be the best, or playing to thousands of people. As long as everyone has a good time. As long as you have a good do. It’s that simple.

Would you like to play Ibiza? Loads of urban artists and rappers perform alongside the big DJs.

For sure, especially if it’s all laid on, you know? I’d love to play Ibiza Rocks, I hear it’s a lively one. Who wouldn’t want to go out there for a week to perform and party?

Yeah that would be insane! Hopefully we’ll bump into you when we’re next there!