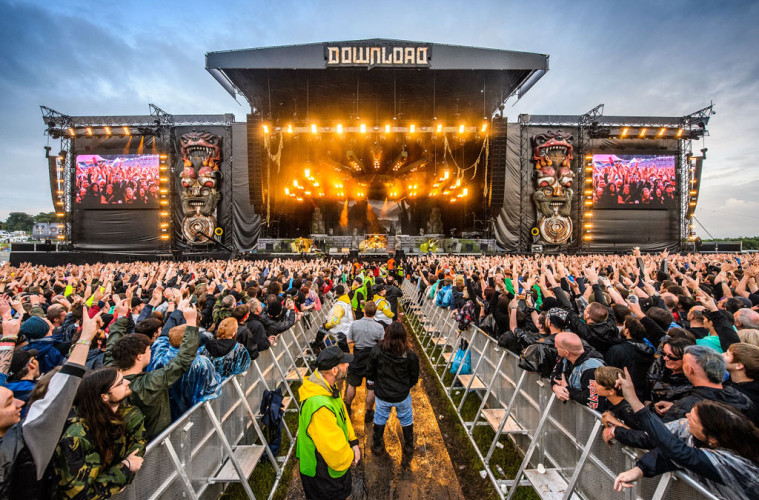 This weekend I went along to Donington Park for this year’s Download Festival or Brownload, Drownload, whatever it was known as this year!

This was my 4th year going and normally I would go on the Thursday, get set up and go for a wander in the village in the evening before the bands play on Friday. This time I went on the Wednesday, got set up and had all of Thursday to sit around, I’ve never been happier about a decision I’ve made than I am about this. Thursday was one of the hottest days in a long time and with nowhere to go for shade other than the tent which was scorching hot, I was relieved that I didn’t have to carry my bags in that heat!

It was nice to actually get to spend a whole day in the village and see what’s going on around! We went to watch the Wall of Death which was motorbikes riding around on the wall, it was the most intense thing I have ever watched! We had to stand around the top of the wall and the bikers were literally so close to us. After that we fancied something a little less intense so we went to watch a wedding in the inflatable chapel which was way funnier than I had expected. Really felt like marrying my sun cream and water to be honest.

I started my weekend by getting my first tattoo in the arena on Friday in the Old Sarum tattoo tent. I really liked the fact that you’d go in, pick what you want, pay and then they’ll do it there and then, no pre booking! They also offer an after care service so you don’t have to worry about it getting infected.

We then headed over to watch Royal Republic and I don’t think they could’ve picked a better festival opener, full of energy and just an all round great band! Typically the rain started shortly after, it was so heavy that it actually hurt when it hit your skin and delayed Baby Metal by about 20 minutes. When they finally came out, the crowd were so into them, one of the best things I’ve ever watched! Their band is so heavy and it contrasts completely with them! They’re adorable, I have no idea what they were singing but I liked it haha!

Rammstein were Friday’s headliners and of course, were incredible! With Rammstein you know before seeing them that their set is going to be full of fire, smoke and loads of lights and they don’t disappoint, they give the crowd exactly what they want. A show.

By Saturday the mud had already taken over the village and arena so you can only imagine what Sunday and Monday were like. An absolute mud bath! Of course no one let that stop them from having a great time, everyone you’d see looked like they were having the best time and some people even managed to have fun in the mud!

Some other bands over the weekend that really stood out for me over the weekend were Rival Sons, Halestorm, Shinedown and Disturbed. Four absolutely incredible bands, if you ever get a chance to go and see them be it at a festival or at their own show, I highly recommend that you do!

Food wise as I am gluten intolerant, I basically lived off sweet potato fries and nachos. I just wanted a toastie but there was no way that was going to happen. I was told prior to the festival about a stall called Delikates that serves gluten free food, from there I had a panini but by panini I mean a greasy, cardboard wrap. Luckily it had some really nice fillings because otherwise emotional, hungry Kayleigh would’ve had a breakdown.

Of course there is so much more I could write about the weekend but it would make this post about three times as long. I will say, carrying all our bags while getting our boots stuck in the mud was not an easy task, the whole time I was just thinking that if there was going to be a time that I’d slip over it’d be then but I survived! I made it out just with muddy boots, tights and poncho. Getting home and having a shower and sleeping in a proper bed was the best feeling! I’m still shattered though. Until next year Download!