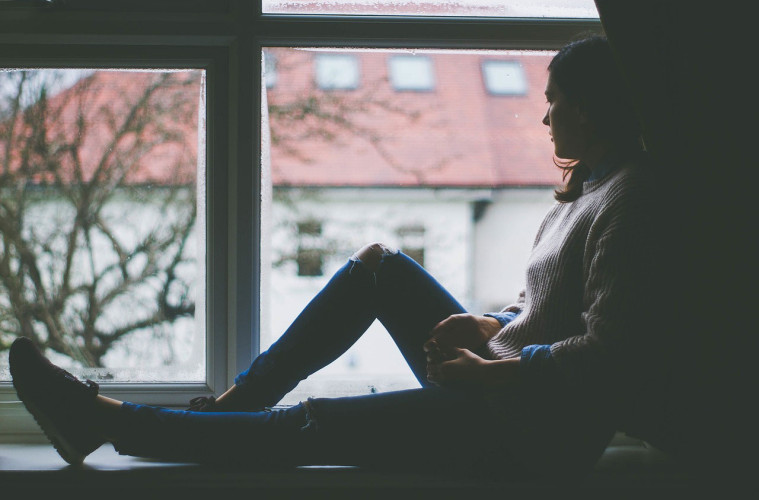 Losing a loved one

Loss can never fully be explained or resonated with unless you have personally experienced it. But that doesn’t mean that people who have yet to endure it can’t gain an insight into it. As morbid as it may seem, death passes nobody’s door. Every person will have to deal with such at some point in their lives, so why does nobody ever speak candidly about the pain of losing a loved one?

I’m hoping to do so, not to be depressing but more to be a voice in a minefield of feelings.

Eighteen months ago I lost my father to cancer.

To even see these words being written is almost too much to handle. I still find it hard to refer to him in the past tense; ‘was’ doesn’t sit well, especially as my grief is still so present. Yet, I would say I am coping. Dragging myself through the last year and a half of my life; a new job, new friends and new experiences having joined me for the ride.

I know that people say that time is a healer, but for me, though I am not a blubbering mess every day, the pit of absence that I feel in my stomach has never been more present. I had only been back from university four months before Dad passed away and spending three years living away from home meant that not seeing my parents on a regular basis became the norm. So reality bites when I can’t just ring dad for advice, or drop in when my car is making a funny noise. Or when a friend happens to mention something their Dad said or did, though I harbour no bitterness, I instantly think about my own Father and what he has said or done, or simply how long it has been since I heard his voice.

The loss has hit especially around birthdays or family gatherings, where my mum, sister and I have now become representatives for the Frank Maguire name. I cannot express how odd it feels to go to a Maguire party without the man who gave us the title. Long lost family members quoting how much I look like my Dad and how I am ‘pure Maguire’ is bittersweet.

I still battle daily with the images of his final days in my head and feel anger at how he lost his life, why he had to suffer. He was a good man, who didn’t deserve to die and leave his life behind. But what I have gained is a fire in my belly. When you experience something so real and truly awful, the only thing you can do is find strength, somewhere within yourself and just keep going.

In the past year I have learnt to accept help. I am no good at being the weak one, needing other people has never been my thing, but I have some truly amazing friends. I am blessed with some special people who have aided me through an incredibly tough time, bringing me gifts, advice and most importantly, themselves, when all I need is a hug or a cry. When I am drowning in my own grief, as selfish as it sounds, I just need to let it out and not hear about other people’s loss or problems. I have moments where I don’t want the world to keep moving or for life to carry on as though nothing has happened. I have days when I want to shout from the rooftops and say ‘I am not ok, and I’m not sure when I will be’. I am torn between being sick of feeling so sad, lost and partially orphaned, yet also never wanting to let go of my Dad, as though letting go of the grief is ridding his memory completely.

But when times like these strike, I have to recognise them as bad days and let myself not be ok, have a cry and eat some chocolate. One of my friends told me to do what my body wants, it is no time to be forcing exterior things on myself on top of the massive emotional load that I am already carrying. This advice has stayed with me throughout the past year and a half, and it is true. When someone is grieving they don’t need a friend to try and understand what they are going through, unless they have experienced it themselves. Nobody can truly feel the internal ache that lingers when they have lost someone until it happens to them, but that doesn’t mean they can’t just sit with whoever is grieving, tell them what a rubbish situation this is and ask them if they need a hug, a cry or a massive bottle of vodka.

Is there a way to deal with loss? Nothing will make it go away but there are ways to aid yourself through such an awful time. I have recently finished a stint of bereavement counselling – talking about what happened was cathartic, emotional and raw, yet it helped me address and accept the loss. It took me over a year to approach Cruse Bereavement Care and I think you have to be ready for counselling for it to be of any help – for some people talking just doesn’t help, but there is no rush! However, for me, taking control of my emotions and actively trying to help myself through therapy has been really liberating.

I would also advise you to do what makes you happy a bit more. I have found that writing is like therapy for me and the cinema enables me to escape everything that has happened for just a few hours. Don’t ever feel as though you are alone, there is always someone around to help you – be it a bereavement service, a friend, your GP, or even a television or radio show – Radio 1’s Surgery and Clara Amfo did two amazing documentaries on dealing with loss.

Honestly, I can’t see a time when I won’t feel this pain in the core of my body, but I am trying to turn what has happened into an emblem of my strength. Yes, I don’t have Dad as a daily physical presence in my life anymore, but I did have 23 years with him training me how to be a soldier – and that’s something I can be grateful for. The grief will never be gone but my life will begin to grow around it and I know it sounds cliché, but what has happened will absolutely make me a stronger person.