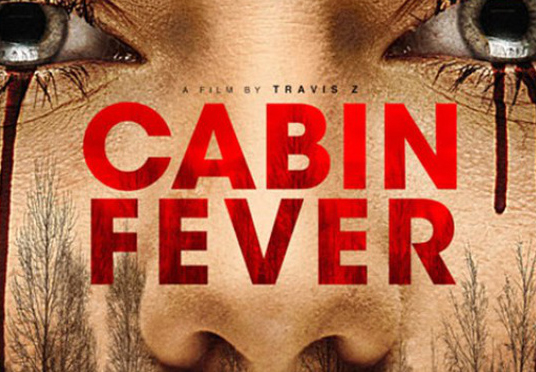 How bad?! The films with 0% on Rotten Tomatoes

There are many different types of film. Some are straight-up masterpieces, others make for a great night out at the cinema, some are bad, others so bad that they’re good, and some are just terrible. And then there’s the ones that have a 0% rating on Rotten Tomatoes. Yep. Zero. Zilch. Nada. Here we take a look at just a few of those films which could wear the 0% critic rating as a badge of honour.

The most recent film on our list, Cabin Fever is a remake of the 2002 film of the same name which sees a group of young friends go on a break to a cabin in the woods (always a bad idea in a horror movie) and are menaced by a flesh-eating virus. Pulling off a successful remake is difficult, with some not faring particularly well at the box office. Universally-slated by audiences and critics alike, Cabin Fever is a typical example of (needless) remakes gone wrong. “Who benefits from the existence of this film” asked the New York Times. A very good question.

Even the title might make you question how on earth this film got the green light. With Simon Cowell as its producer, and the canine winner of 2012’s Britain’s Got Talent as its star, the film was the cause of much embarrassment for the British film industry. The Guardian’s film critic Peter Bradshaw summed it up in simple terms: “This is a British film so depressingly bad that cinemas should play the adagietto from Mahler’s Fifth over a loudspeaker as audiences file out grimly into the foyer afterwards, silently asking themselves if life has any value”.

A rather different genre from our previous entry, but still a film so bad that not one single critic could muster up the enthusiasm to defend it. A gangster film crippled by a complex and nonsensical screenplay, one critic described proceedings as “pathetically inept”, whilst another roasted its reliance on tropes from other, far better crime films: “Paul Borghese’s film might represent the new gold standard of shameless barrel-scrapping”. Ouch.

An uninspired title to go with an uninspired film. Starring Kellan Lutz (yeah, him from Twilight) and calling itself a romantic comedy, Love, Wedding, Marriage seems to be the poor-relation of Eat, Pray, Love and attracted terrible reviews, costing $1.2 million to make. Not that much, you might think, but when you consider that its limited cinema release earned it just $1,926 at the US box office, the New York Times is justified in saying “if there is a special hell for film critics, it probably has movies like Love, Wedding, Marriage on continuous rotation”.

Way back in 2004, Johnny Vegas and Mackenzie Crook starred in, what some have called, one of the worst film ever made. Following the sexual exploits of potato delivery men in Birmingham (yes, you read that right), the film attracted criticism not only for its awfulness, but also for the fact that it was given £1 million of lottery funding to make it. We will leave the last word to the BBC’s film critic, Mark Kermode, who described the film as “absolutely, indescribably horrible, vulgar, stupid, tawdry, depressing, embarrassing, filthy, vile, stinky, repugnant, slimy, unclean, nasty, degenerative and mind-numbing”. Put that on the poster!