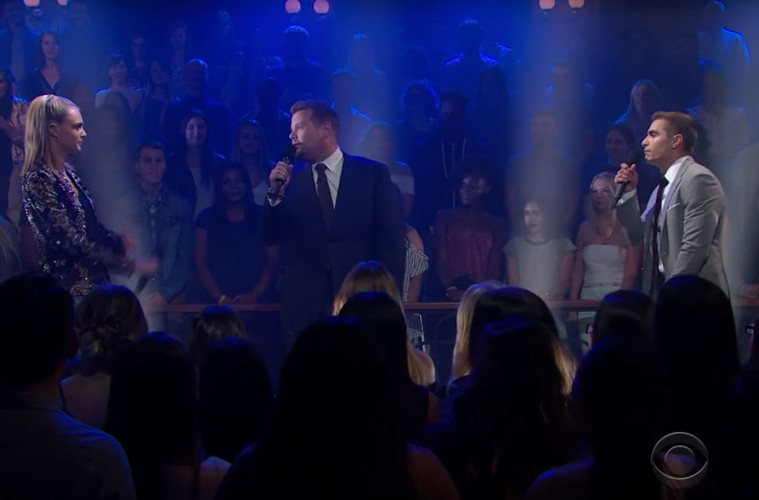 So everyone knows what The Late Late Show With James Corden is, mainly because of the Carpool Karaoke videos, another funny feature on this show is Drop The Mic, which is basically a rap battle between James Corden and another massive celebrity.

Yesterday a video was posted which was Drop The Mic with Cara Delevingne AND Dave Franco, it’s not everyday they have a three way battle. This one is definitely worth watching whether you’re a fan of them or not. Personally I prefer Drop The Mic to Carpool Karaoke but I love them both.

Watch it! You know you want to!