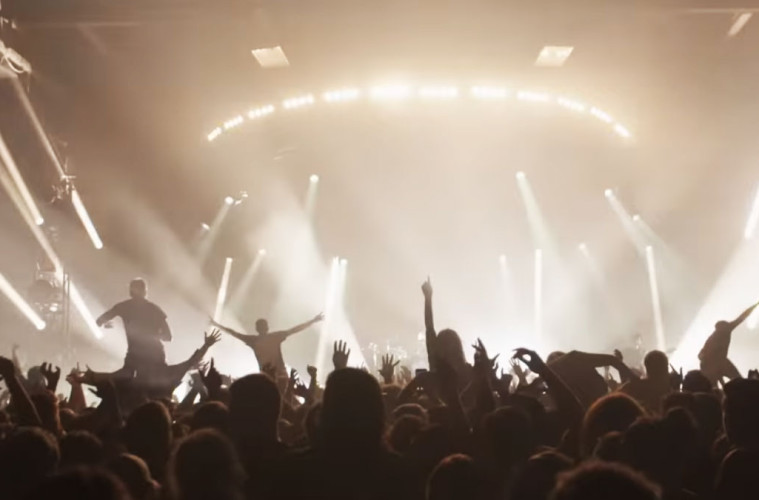 Yesterday marked the day that the Enter Shikari camp unveiled their newly put-together documentary based on their most recent The Mindsweep UK arena tour.

Directed and Edited by Alexey Makhov, the documentary captures those behind-the-scenes moments we miss out on and we’re treated to several talking-head vignettes from each band member as they process and reflect upon the massive step forward Enter Shikari have taken with this tour, both in terms of the audience size and the amount of effort put into the tours production.

As Rory C candidly puts it in the documentaries opening stages, this tour was ‘quiiiite ambitious’ on just about every level and Chris, Rou and Rob present themselves during their short interviews with such a humble attitude it blows your mind that they’re just a bunch of regular guys producing some of the largest music going. Dressed in shirts and jumpers, we catch glimpses of them doing their pre-show warm up to some Louis Armstrong, we follow them as they give fans a cup of coffee in the rain and we listen attentively as they struggle to put their feelings towards this tour into words. Because words just doesn’t really do it justice.

As always, the direction and editing of the live performances are captured with such grace when presented in slow-motion, reflecting the elegancy of the slow, quieter moments of Enter Shikari’s sound before it cuts to the manic, quickly-edited, hand-held clips of their frantic, louder songs.

Alexey Makhov does a pretty decent job of containing Enter Shikari to your small laptop screens, but it only gives you a flavour of how truly wonderful their live shows are.

And I’m totally not bitter or jealous of anyone that got to see them during this tour, because if there was ever a time to see Enter Shikari live, it was probably then.

They’re on top form, but Reynolds, Batten, Rolfe and Clewlow are definitely reaching for bigger heights.

Check this documentary out if you’re an Enter Shikari fan, and if you’re not one, then why hell not?