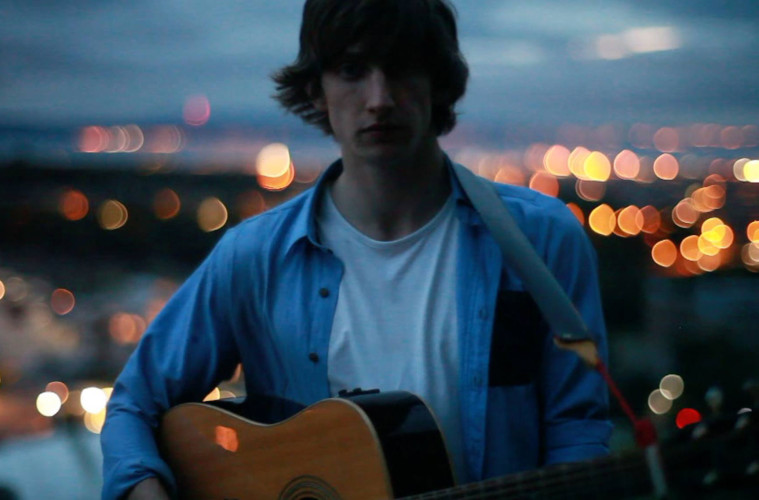 We spoke with British singer songwriter Nick Howe, read on as we speak about playing in different countries and Angry Birds.

Hello! What music did you listen to growing up and how has it influenced the music you make?

I listened to loads of different stuff when I was growing up from Limp Bizkit to Stevie Wonder. Some of my favourite artists include Stevie Wonder, Jeff Buckley, Muse, The Raconteurs , Led Zeppelin and Fleetwood Mac with Peter Green.

I like passion and the raw feeling of emotion these artists put into there music. I hope I can convey some of that when I perform.

Currently doing a world tour, in Asia at the moment, then US in September, do you get to see a lot of the cities?

Next question… that’s a super hard question to answer… India has an incredible culture and I had a particular unique experience while I was out there at the age of 16. I was involved in helping to build a school and was living in very poor conditions. So the whole trip turned out to be a very powerful experience, I just performed at the end of the trip. France Bus Palladium is an incredible venue. More unusually we did a gig at the top of the spire in Prague and recently, I enjoyed performing on the Eurostar to France! I love doing gigs in unconventional locations and look forward to doing an unconventional tour. My favourite performance venue is the Natural History Museum.

You’ve obviously been in a lot of different venues, how do they compare to UK venues?

Again it varies. I think London has a unique gig offering for different venues. It depends on the location and place. I like decent sized venues, Unconventional locations like Museums, art galleries and places of natural beauty! The audience makes a huge difference to the gigging experience. So that is a huge factor in any gig. I also admire a degree of care from all parties’ venues, sound engineers and people working in the venue. It’s unusual for things to be spot on in terms of getting everything right. But when it does happen it’s fantastic and makes whole night that much easier in terms of the experience for the artist and audience. There’s nothing like a venue with great sound and lighting and a responsive engaged audience! Us artist’s all dream of great audiences everywhere we play, it creates such a great vibe and memory.

How have the crowds in each city responded to you?

It totally depends on the gig. Generally, really good. I do focus on audience engagement. So i do try my best to make sure we can create great interactive shows. So that it’s a good experience for everyone? When i was in Hong Kong they are very attentive – but maybe not as vocal as a western audience.

Lots of fireworks, canons and smoke and dancing elephants! ….. Joking. We love to make sure we keep the audience in the gig happy by engaging them with lots of energy, singalongs and fun banter inbetween the songs. A fond memory of last year was the The Edinburgh Fringe, I took a canvas around scotland with me and got people to sign my canvas at every show! People got really into it and wrote poems, words of support and left lipstick kiss marks on it!

Your first official EP The Struggle Is Real is available for pre order now, is there a particular thing that the songs are about?

Actually the song is about an awful gig we played with my band. But takes aspect from different experiences. It’s a tongue and cheek saying that we hope people can relate to! When I was writing it with a co-writer friend we kept making a joke out of ‘The Struggle Is Real’ saying, then we were like let’s just make that the song title. The other songs on the EP explore different topics from a Jason Mraz inspired love song to a more rock/ pop energetic anthem!

It’s Only Love has been used for the new Angry Birds game, how did this come about?

It’s featured in a Birdlife campaign video which was in the APP. The Games based on a real story about endangered birds getting killed on an island. When the westerners inhabited, the island rats ended up killing a load of endangered birds. The song was used in a campaign charity video to try and save the remaining birds. It was a nice thing to be involved!

I’d like to work with a number of producers, the cliché stevie wonder (collaboration line), Imogen Heap and the guy that started peace one day! More out of the box – I’d like to collaborate with some innovative robot/ music technology companies.

What else are you up to over the next few years?

The next focus is pushing through the unconventional tour. Gigging in unconventional locations, museums, art galleries, places of natural beauty and setting up ad-hoc gigs in city centres and student university canvases. I already work with a number of talented creatives and getting the audience more involved in projects we are doing will be a key focus for me in the coming months!

The first focus is to get a number one on Itunes and get more festival slots in the diary for  next years season. We already have some plans to tour America and Scandanavia to! #thestruggleisreal

And finally, your music is for fans of…?