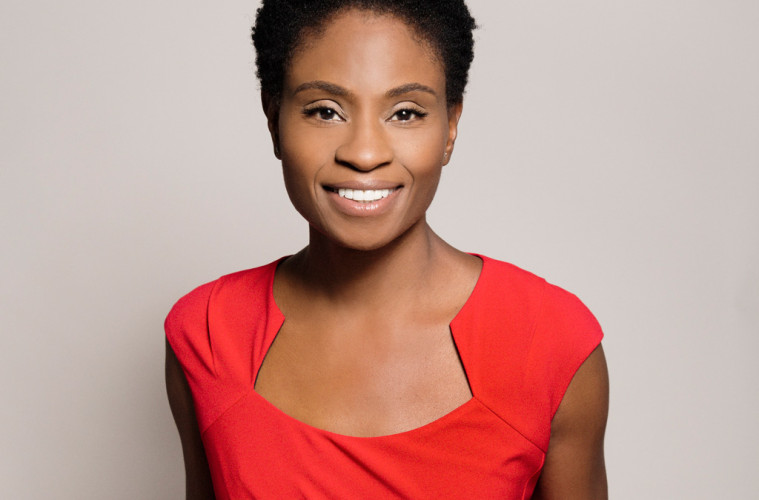 We spoke with the lovely Adina Porter, known for her roles as Indra in The 100 and Pearly Mae in Underground! We speak about what got her into acting and her hardest role!

Hello! How are you?

I’m very well thank you, how are you?

I’m good thank you! What were you doing before you started acting professionally?

I started acting in high school so I don’t know, playing with blocks *laughs*. I’ve been doing this a long long time!

I’m not too sure. I’ve just always wanted to be an actor! It’s the one thing I’ve always wanted to be! I remember my mum once saying to me “it’s a really hard job” and so for a week I thought ok I’ll be a teacher but then I decided no, that’s what I want to be. I was in New York so I was surrounded by theatre, I auditioned for the high school of performing arts, I got in then just kept on following that path.

Was it easier to get into then than it is now?

I wouldn’t say it’s easy to get into it now. There are people that I started out with who haven’t worked as often and have given up, I think it’s always been a tough business and I think being a dark skin, African American woman means that there aren’t loads of opportunities. I think I’m just persistent.

What was the very first role you played?

Purlie Victorious got me into the high school of performing arts, but my first professional role was this play called Inside Out on Broadway and then the first job that got me a union card was Katherine Anne Porter, A Texas Childhood for American Masters.

What is the audition process like? How do you prepare for it?

I get the material before hand, sometimes two days before hand, usually just the day before, TV doesn’t give you a lot of time to prepare. I read the script if there is one, I go over the words, try to get an idea of what the writer is trying to communicate, look up any words I don’t know and then try to figure out how I can relate to this particular character, if there is something in my own life that I can draw from so I can make it personal, try to familiarise myself with the lines so I can look up from the page and then try to make it really happen in the moment in front of the casting person or the producers.

You’ve been on loads of different shows like True Blood, The 100, The Newsroom etc, to date which has been the hardest role?

Oh, hardest? There are all different kinds of difficulty. I guess playing Kendra on The Newsroom, even though I didn’t have a lot of lines and I wasn’t in the snow like Indra where it’s freezing and I’m lying on my back trying to act like its ok. What was difficult about The Newsroom was the pressure is on because it’s Aaron Sorkin and everyone was watching and judging and because of the language, I didn’t have a lot of words but when I did, they’re really important and it’s important to get the timing correct. So the folks with the long monologues can mess up but when you only have one line, you have to get it in there quickly, get it in at the right time the first time because they have to focus on those that have longer monologues. So that’s a different kind of pressure.  There was the thought that we’d have been doing it live too so that would’ve been an interesting challenge. Even though I didn’t have to carry the scenes like I did on The 100 or True Blood or Underground, it’ll still remain my hardest role.

Would you say there are any similarities between you and any of the characters you played?

Well, Indra has come into my life, I walk a different way now because of Indra, so I definitely found the warrior in me and like Indra my life has changed dramatically because of outside forces that I have had to fight and adapt so that’s who I’m relating to most these days.

A lot of actors will stay in character even when they aren’t on camera to really get into the role, do you do this? If not how do you develop your character and get ready for a scene?

I don’t do that, there are some people who won’t let you call them by their real name, you have to call them by the name they are playing, that’s not me, but I’m not going to joke around with the crew or other actors before a big emotional scene, I’m going to stay in the emotion so I can just do it and go, if it’s a scene that doesn’t take much emotion I might chat with the crew so that I stay nice and loose so that’s what you see when the cameras start rolling but if I have to break down and cry, I’m in my zone, if someone talks to me, I’m polite but I try to give it to them on the first take.

What have you learnt from being in the industry?

I’ve learnt that it’s best to be the best you that you can be. I tried a long time trying to be someone else, I tried to double guess what the industry wants and that wasted a lot of time and energy trying to be something that I am not. I’m just me and that’s a product that I can sell very well and it gets bought.

What is your proudest moment?

My first thought is when I got my Obie on Broadway, I’m very proud of that. Yesterday at my son’s baseball game when he hit a two-run homer, and a few days before that he hit a grand slam so I was pretty proud of that too.

No, they have no interest in it what so ever, they’re interested in kid things which I think is fantastic!

Yeah! How old are they?

Aww! If you could visit one fictional place from any TV programme or movie, where would you go?

Oh where would I go… I’m binge watching Power at the moment on Starz so I could totally go for that club but you know, it’s a club in New York, been there, done that but there’s some fine brothers on that show that I wouldn’t mind visiting.

Final question, what’s next for you?

I wait to find out what happens on The 100, to see whether I’m alive or dead and I’m doing a project that I’m extremely excited about which I can’t say anything about so just keep an eye out!

Thank you very much for wanting to talk and I wish you all the best!