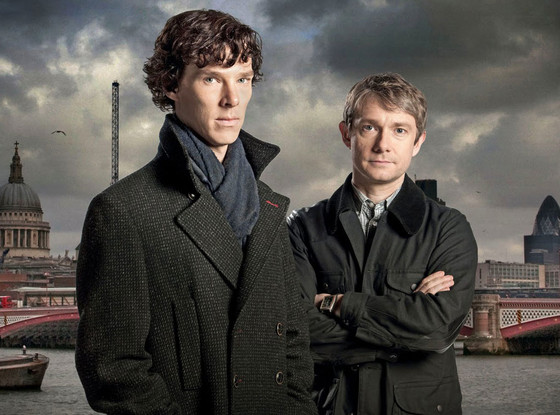 I did miss you and everything about Sherlock, Moriarty – season 4 teaser reaction

“Did you miss me? Did you miss me?” recites Moriarty at the beginning of the teaser trailer released on Sunday for the BBC original series Sherlock. The answer: yes, I (we) have missed you – and everything and everyone else involved with the show – because it has been such a long time since the series was last aired.

Watching the teaser, we are immediately informed by Sherlock (Benedict Cumberbatch) that ‘something’s coming. Maybe it’s Moriarty, maybe it’s not. But something’s coming’. My hype piqued, I was eagerly anticipating a release date for the fourth instalment of the series and was left mildly unfulfilled when a glaring ‘2017’ appeared onscreen.

Those who have proclaimed themselves as ‘Sherlocked’, ‘Sherlockians’ or ‘Holmies’ were last treated to their fix of Cumberbatch as the enigmatic mystery solver in a New Year’s Day special earlier this year which paid homage to the Victorian roots of the Sir Arthur Conan Doyle novels on which it is based.

Regardless, the trailer itself teases the upcoming season 4 of Sherlock, which appears to be packed with more action than ever before. That is, if you can call it a season.

Now I am by no means actively seeking to undermine or discredit the incredible work of Mark Gatiss, Steven Moffat and co. because Sherlock is without a doubt one of my favourite ever television series. It has won a whopping 73 awards, according to IMDB. But there is a reason for that; it has time on its side.

I have had many a debate with my friends about Sherlock and whether a show which produces just three or four episodes every two years can be considered one of the greatest ever. My belief is that, yes, it can. Fair play to its avid viewers, though, for their enduring patience.

But, in all honesty, I do not mind about the production time of a series so long as it does not feel underdeveloped or rushed. On the contrary, each episode of Sherlock is 90 minutes long yet not a single minute is wasted. It does not feel like the producers have tried to cram too much into the time, nor does it feel like they have added unnecessary filler to lengthen air time.

In addition, the actors involved with the show are unquestionably brilliant, Benedict Cumberbatch and Martin Freeman (Dr. John Watson) particularly. Hence the reason why they have been involved in so many other productions since their inauguration on Sherlock, even including appearances together in J.R.R. Tolkein’s The Hobbit and its recent film trilogy. One of the big reasons why the show is simply unable to air each year.

It is undoubtedly a very intelligent and meticulously written programme, evidenced by its highly-received status. Everything is well thought out and intricately woven together.

Then, perhaps even more impressive than that, the writers manage to cleverly explain it all, neatly undoing the stitches and seams, so that even a casual onlooker can watch, appreciate and understand it.

Now informed that ‘the roads we walk have demons beneath – (Sherlock’s) have been waiting for a very long time’, fans will have to wait once more to continue on their journey with the mystery-solving, crime-busting, action-packing Mr Holmes.

I did miss you and everything about Sherlock, Moriarty, but I know that the wait will be worthwhile.