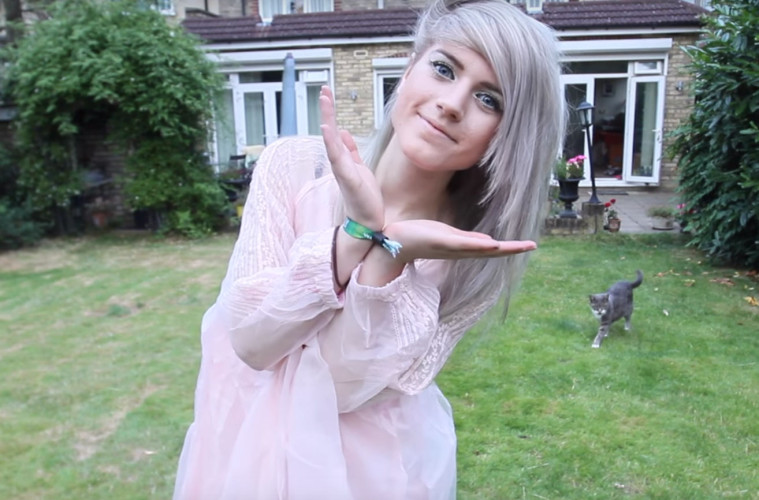 Marina Joyce affair – the issue with social media and privacy

In a world dominated by social media, we often find ourselves following our favourite celebrities, trawling through their online endeavours and peering into their private lives. Well, how ‘private’ the aspects of their lives which are posted onto an open online forum is debatable. Such content surely then becomes public.

But when people begin to dig deeper, delving into people’s personal lives, there becomes an issue. Such has been the case in recent weeks with Marina Joyce, a famous YouTube star.

Joyce, from London, is a teenage fashion vlogger Marina Joyce with over 600,000 subscribers. Having such a massive fan base to interact with can certainly have its pros and cons, and her fans became worried following a recent video entitled ‘Date Outfit Ideas’, in which she promoted a fashion brand’s clothing range.

During the video, she appeared to be uneasy and disorientated, repeating words over and over again.

As a result, many began to speculate about her wellbeing, with some theorising that she had taken some kind of drug.

However, the internet can be a dangerous place – sometimes more so than reality – and rumours quickly began to circulate that the 19-year-old had been kidnapped. This was due to a mysterious hand which appeared in the lower corner holding what appeared to be a script, with some suggesting that she was being forced to produce content against her free will.

Some even put forward that terror group ISIS were in some way involved, pointing out a shotgun positioned in the background of one of her videos, whilst others highlighted the fact that she had bruises on her arms.

And despite her insistent claims that she was safe and well, the hashtag #SaveMarinaJoyce began trending globally on Twitter.

Now, I am fully supportive of fans being concerned about one of their idol’s safety. The signs were there. She did appear dazed. She did have bruises on her body. I guess that her fans were trying to look out for her.

I must admit, when I first saw the compilation clips appearing online which compared her behaviour from a few months ago to this week, I was concerned.

But I didn’t share anything on my social media accounts. In trying to protect her, her fans instead exposed her to mass media scrutiny and global attention.

It does seem slightly concerning that with just a few small coincidences, such a large number of people on the internet can be led to believe rather bizarre conspiracy theories.

Maybe she did have some affiliation with drugs or other substances, but I am surprised that her fans believed that publicising the situation would help the issue in any way.

Police have since visited her home and confirmed that she is fine. Marina’s mother has even appeared on video herself this week to confirm that her daughter is not in danger, admitting that the words ‘help me’ whispered in the aforementioned video was in fact her – not her daughter.

Some had wondered if the whisper was actually a subtle plea for help, however it has not been confirmed by her mum that it was her as she struggled to operate the camera used to record the video.

It seems that her fans, in their anxious state of mind, blindly put together pieces from different jigsaw puzzles and were ultimately left with a mishmash image. The extreme theories made sense in their minds, but to casual onlookers, they saw an inconsistent picture of events.