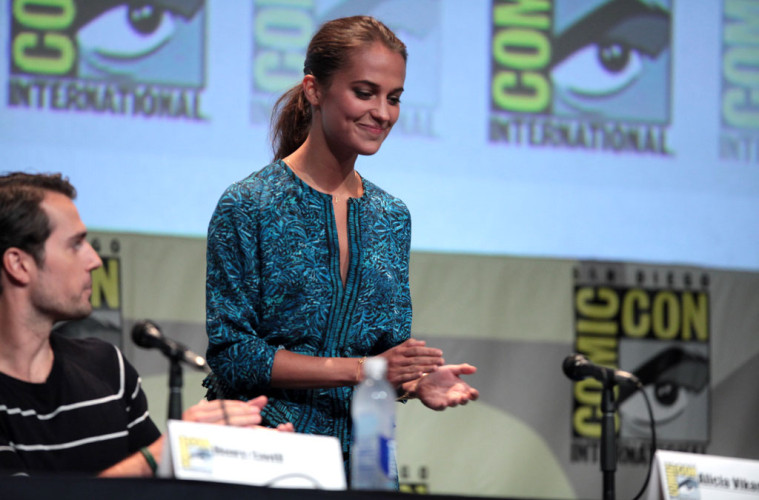 Before last year’s Oscars or the latest Jason Bourne film, you may not have heard of Alicia Vikander. Indeed, she is one of those actresses who quietly works away in Hollywood and elsewhere, popping up in all sorts of projects and genres before hitting super-stardom, leaving audiences asking “how did we not know about her before?”.

Born in Gothenburg, Sweden, Alicia Vikander trained as a ballet dancer before going on to further study at the School of American Ballet in New York. The world of pirouettes and arabesques was, however, eclipsed by the lure of the camera, and she began a professional acting career in the Swedish TV drama Second Avenue. Her feature film debut came in 2010 and she won the Rising Star Award at the Stockholm Film Festival later that year.

It was all very well achieving Scandinavian success, but that would do little to make Vikander recognisable to British multiplex audiences. That started to change when she secured the role of Kitty in 2012’s sumptuous Anna Karenina which starred Keira Knightley in the title role. Another costume drama followed, this time in the form of the critically-acclaimed Danish film A Royal Affair and Vikander was nominated for a BAFTA Rising Star Award.

With a foot well and truly in the door, Vikander left behind the land of Ikea and put on her very best British accent in 2014 to play Vera Brittain (a role originally earmarked for Saoirse Ronan) in Testament of Youth, starring opposite Jon Snow himself, Kit Harington. Her sensitive but determined performance won her high praise from critics and a year later, Vikander ventured into science fiction, playing a humanoid robot in the well-received Ex Machina.

Action films beckoned, and in 2015 Vikander was cast as the female lead in Guy Ritchie’s enjoyable The Man from U.N.C.L.E (see our review here) before reverting back to costume dramas in an emotionally-wrenching performance in The Danish Girl. Her portrayal of the artist Gerda Wegener opposite Eddie Redmayne as Lili Elbe, one of the first people to undergo sex change surgery, won her an Academy Award for Best Supporting Actress. In a barn-storming return for Matt Damon, Vikander most recently appeared as a CIA operative in Jason Bourne and gave a performance which epitomised her on-screen magnetism, together with her ability to capture the spirit of powerful female characters.

Her CV, then, is illustrious and promises to become even more exciting. Later this year, Vikander will hit cinemas again in the historical drama The Light Between Oceans. It was on the set for this film that she met her now partner Michael Fassbender, who co-stars along with Rachel Weisz. A series of promising projects are planned, culminating in 2018 when she will star in Tomb Raider, following in the footsteps Angelina Jolie who, for many, was the perfect definition of the role. One thing’s for sure, if anyone can take on the character of Lara Croft, it’s Alicia Vikander.