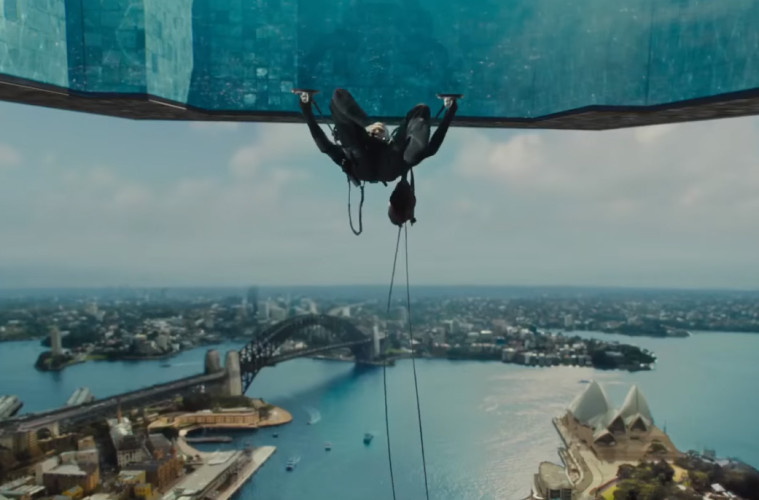 Hollywood action films are often hit by narrative famine. That is, they suffer a lack of decent story which results in a film which wastes away, leaving only a bare skeleton of action sequences with little coherence and even less impact.

Indeed, it would appear that Mechanic: Resurrection neglected to spend its budget on competent script writers, choosing instead to splash out on exotic locations for Jason Statham to run around and look generally menacing. Whether its Jason scaling Sydney skyscrapers or breaking into high-security South East Asian prisons, the action sequences are dramatic to watch, but without the underpinnings of an engaging plot, things never hang together.

A few years ago, Jason Statham became Arthur Bishop, an elite assassin and the titular character in The Mechanic, enhancing the very recognisable brand of tough-guy action hero which he firmly established in the Transporter series. A blend of Ethan Hunt, James Bond, Jack Reacher and Jason Bourne, Arthur Bishop’s talents lie in the ingenuity of his kills and his ability to go (largely) undetected during the process.

In Mechanic: Resurrection, we find him in retirement, living a low-key life in Brazil which is rudely disrupted by a mysterious woman who tasks him with killing five people for her mysterious boss. The ensuing scenes establish a link with Bishop’s past and he finds himself zipping around the world to assassinate three arms dealers in order to save his new beau (played by Jessica Alba).

Naturally, any sense of plausibility in films such as this goes out of the window, and the film’s messy plot is as believable as Team Brexit’s NHS claims. Coupled with the ridiculous narrative is the catastrophically awful dialogue which follows every action film cliché, right from Statham and Alba’s predictable relationship, to stereotypical bad-guy mutterings. Alba’s character, too, does little for gender politics, spending most of the film waiting around to be rescued by Statham.

Despite Statham’s very watchable on-screen performance (and type casting which was very successfully exploited in the Melissa McCarthy comedy Spy), the special effects look like they were done about ten years ago, exemplified by a cable car fight sequence during the film’s opening which raised a few laughs in the audience – hardly the effect desired by director Dennis Gansel, I should think. Stiff dialogue and some very clunky mobile phone product placement only added to the general soulless feeling of the film.

The action zips around the globe, culminating in an encounter with Tommy Lee Jones as an eccentric arms dealer (complete with pink-tinted glasses and an Elton John sense of style) and the narrative even strays into moral questions surrounding arms dealing. Such discussion, however, is even more superficial than a Kardashian’s Instagram account, and things soon return to Statham shooting and punching his way around the superyacht of bad-guy Crain (played by Sam Hazeldine).

All in all, Mechanic: Resurrection satisfies the action blockbuster tick boxes of “wildly outrageous stunts”, “exotic locations” and “high body count” but, on all other levels, it fails with its lacklustre and erratic approach to plot or meaningful characters. Whilst Jason Statham does again prove that he’s a reliable action hero, shots of his chiselled torso strolling along a Thai beach don’t compensate for the awfully predictable script or the poorly-realised special effects. At its best, Mechanic: Resurrection is a diversionary 90 minutes with occasional moments of excitement. At its worst, it represents an underwhelming, rather cynical, corporate exercise in action film-making.