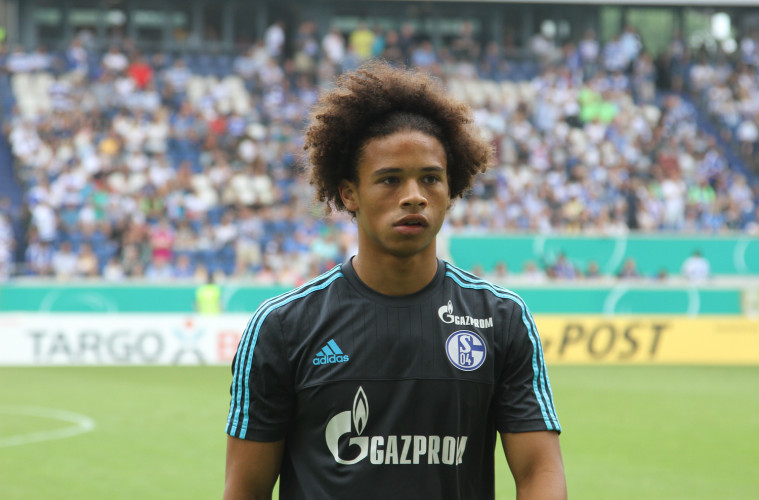 Manchester City yesterday confirmed the signing of Leroy Sané from Schalke 04 on a five-year deal following the completion of the necessary medical examinations.

The German international is one of Europe’s brightest young stars having broken through at Schalke last term, with the initial transfer fee reportedly in the region of £37 million.

Reports indicate that the total cost to the Blues could rise to around £46 million in the future, depending on several add-on clauses.

Sané, who has the capacity of playing in any of the attacking positions, netted 8 goals and assisted 6 in 33 appearances in an impressive 2015/16 campaign.

He told ManCity.com: “I feel really good, I’m happy to be here and happy that it has all worked out. Now I can settle here in Manchester and play for City.”

Sané also commented on the attraction of working under new City boss Pep Guardiola, one of the world’s most illustrious football coaches.

“One of the reasons I decided to join City was Pep Guardiola; he convinced me to come here and that I can continue to progress. I know I will learn a lot under him and now I can take the next step in my career,” he said.

“I followed Pep at Barcelona and at Bayern where he achieved a lot and worked really well with young players.

“I think he can make me a more complete player. I think I will need a bit of time to start with because it’s another league and there’s a different style of play but I think I can adapt very quickly.”

Sané will retain the number 19 shirt which he wore with Schalke, last worn at City by Karim Rekik in the 2014/15 season.

New Manchester City boss Pep Guardiola will know all about Sané from his time managing Bayern Munich last season and he was full of praise for the forward.

“He is a special talent, and an exciting player that I think our supporters will enjoy watching,” Guardiola claimed.

“He has great technical ability, is comfortable on the ball and there is much to admire about the way he plays football. He is fast, enjoys creating chances for others, works hard for the team and scores goals, too. He also has a very positive attitude and will fit in well with our squad.

“At 20, he is still developing as a player but he is already a member of the German national side and I think he will be a fantastic asset to our Club. We are very happy he decided to join us.”

The 20-year-old was in the Germany squad which travelled to France for Euro 2016 last month and while he only made one substitute appearance, Germany head coach Joachim Löw said before the tournament that Sané has ‘a special gift’.

“For me, his emergence is one of the stories of the season,” he said.

“He’s quick, strong technically, looks for the one-on-ones and is carefree. We see huge potential in him. He’s got a special gift and finesse.”

City overcame competition from Guardiola’s former side Bayern, who were also believed to be interested in the young star.

Their fans, therefore, were understandably thrilled with their club’s latest acquisition, taking to social media to display their delight.

Sané signing is excellent, a young German winger that isn't afraid to take his man on, hopefully excellent things to come in the future.

This Sané signing is wonderful. £31M+, for someone with his endless talent, isn't much these days. Can't wait to see him in a City shirt.

Sane is a brilliant signing, still very raw but with incredible potential, will flourish under Pep. #mcfc

Even supporters of rival outfits were impressed with the Citizens’ ability to lure one of the world’s hottest young talents to the Etihad Stadium.

Leroy Sané may still be a raw talent, but I think he's going to be one of the best purchases this summer. Looks electric and only 20.

Sane is a great signing for city, if he's allowed time to grow he'll be one of the best around in a few years

United have done some good business, but City's has been in-Sané

Leroy Sane is a superb signing for City, but they are overpaying. Nevertheless he could become a world class under Pep's guidance. #mcfc